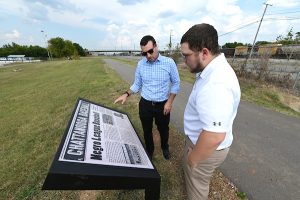 Plaques documenting the history of  Engel Stadium and baseball in Chattanooga were unveiled on Tuesday, September 9, at UTC’s Intramural Sports Complex next to the historic stadium.

The plaques were part of a project carried out by UTC students under the direction of history department head Michael Thompson and follow the fascinating history of the stadium, Chattanooga baseball, and their connection to nearby neighborhoods and the city. 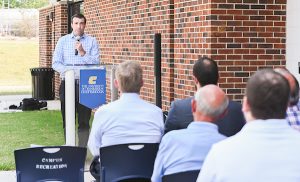 Dr. Thompson delivered remarks at the unveiling, noting how the project highlighted the importance of history and the exciting work the Department of History is doing with UTC students and in the community.

“One thing that I really liked about this opportunity is it put on display a lot of the things that the Department’s been doing in the past few years and that we’re hoping to do moving forward,” Dr. Thompson said. “It allowed us to engage in undergraduate research, experiential learning, public history, community partnerships and outreach, and also historical thinking and understanding skills.”

Members of the Chattanooga community, the Engel Foundation and UTC staff and faculty were on hand to see the unveiling. Chancellor Steve Angle and Executive Vice Chancellor of Finance and Administration Richard Brown offered remarks about UTC’s long-standing connection to the neighborhoods around Engel Stadium and the university’s strong connections to Chattanooga as a whole. 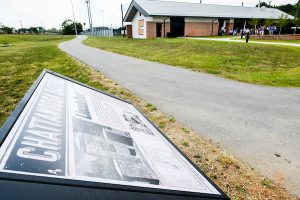 Brown said the unveiling of the markers were a testament to the growth of the city and UTC by “erasing barriers” from the past. 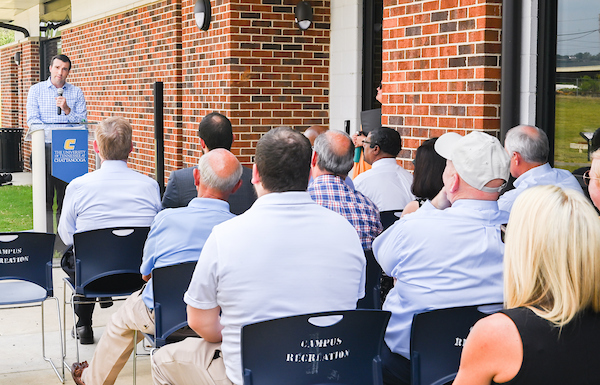 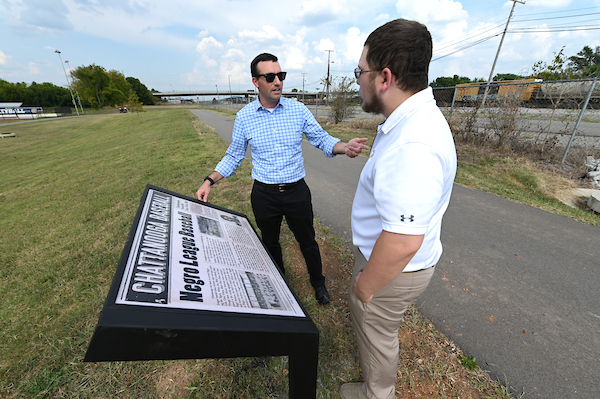 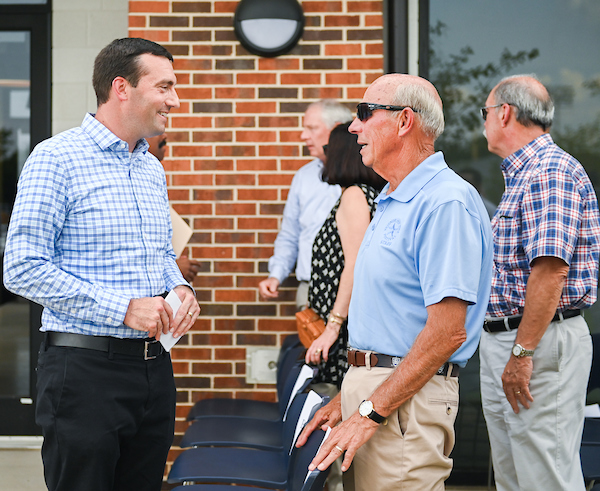