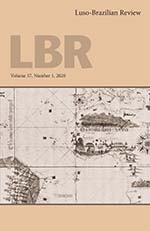 This article examines António Ribeiro Sanches’s Cartas sobre a educação da mocidade (1760) as a critical reading of the political and economic crises facing the Portuguese Empire in the mid-eighteenth century. The Cartas have often been associated with the Pombaline Reforms’ educational program during the late 1700s. However, I argue that this text’s main contribution lies with its emphasis on labor as the mediator of the relationship between the individual and the state. The centrality of work for Ribeiro Sanches’s vision of this relationship, which recent scholarship has argued is fundamental to citizenship, distinguishes his intellectual contribution. Not only was Ribeiro Sanches’s perspective exceptional in his moment, it anticipated the direction of debates over citizenship during the subsequent Age of Revolution. This article both recovers an overlooked aspect of the Cartas and resituates the text within conversations on the rise of citizenship and nationhood.