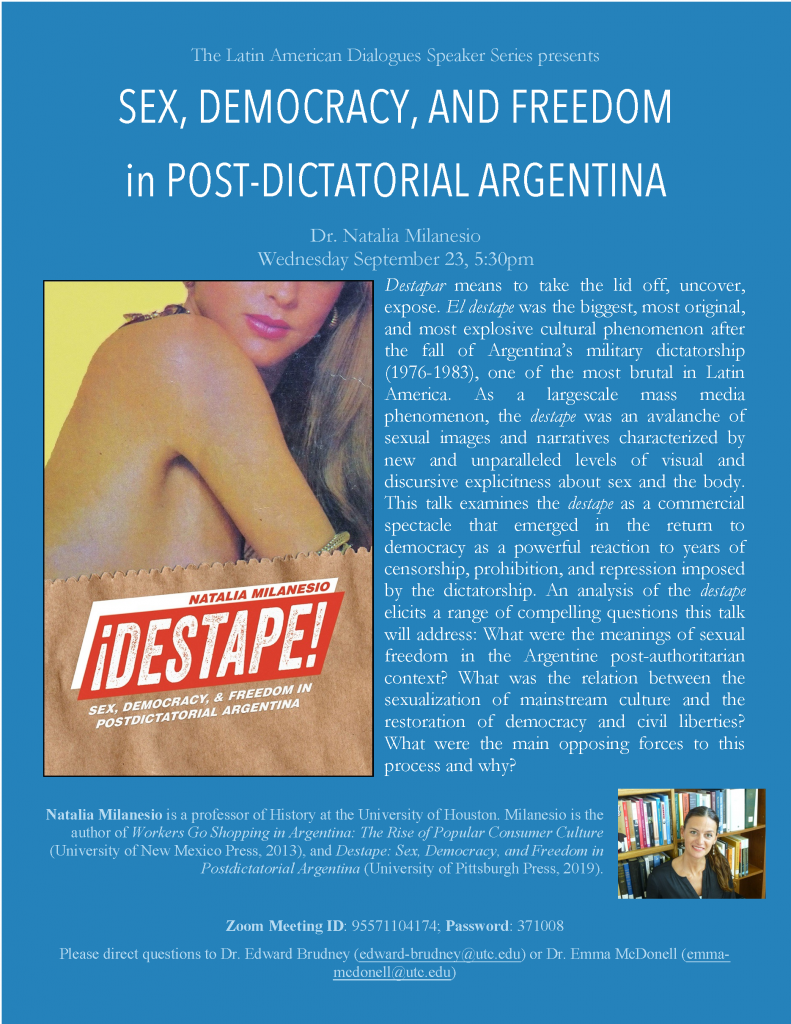 Destapar means to take the lid off, uncover, expose. El destape was the biggest, most original, and most explosive cultural phenomenon after the fall of Argentina’s military dictatorship (1976-1983), one of the most brutal in Latin America. As a largescale mass media phenomenon, the destape was an avalanche of sexual images and narratives characterized by new and unparalleled levels of visual and discursive explicitness about sex and the body. This talk examines the destape as a commercial spectacle that emerged in the return to democracy as a powerful reaction to years of censorship, prohibition, and repression imposed by the dictatorship. An analysis of the destape elicits a range of compelling questions this talk will address: What were the meanings of sexual freedom in the Argentine post-authoritarian context? What was the relation between the sexualization of mainstream culture and the restoration of democracy and civil liberties? What were the main opposing forces to this process and why?