Event is free and open to the public.

In a letter dated July 12, 1986 to Caribbean American feminist and poet Audre Lorde, Afro-German author and educator Marion Kraft wrote, “Our experiences might be very different, indeed but more important for me was to recognize the commonalities, the discrimination and oppression Black women are facing all over the world, but also their strength, their creativity in various fields – and their dedication to life!” Traveling throughout Europe in the 1980s and 1990s, Lorde served as a role model and influenced numerous Black European communities. In her talk, Dr. Florvil contends that Lorde’s exchanges and connections with Afro-German women, such as Marion Kraft, May Ayim, and Katharina Oguntoye, were multidirectional and offered these women an affective and intellectual community.

About the Speaker: Dr. Tiffany N. Florvil is an Associate Professor of 20th-century European Women’s and Gender History at the University of New Mexico. She specializes in the histories of post-1945 Europe, the African/Black diaspora, and gender and sexuality. She published Mobilizing Black Germany: Afro-German Women and the Making of a Transnational Movement (University of Illinois Press, 2020), which offers the first full-length study of the history of the modern Black German movement. Florvil has published Rethinking Black German Studies and chapters in Gendering Post-1945 German History and To Turn this Whole World Over. She is also an editor of the “Imagining Black Europe” book series at Peter Lang Press. 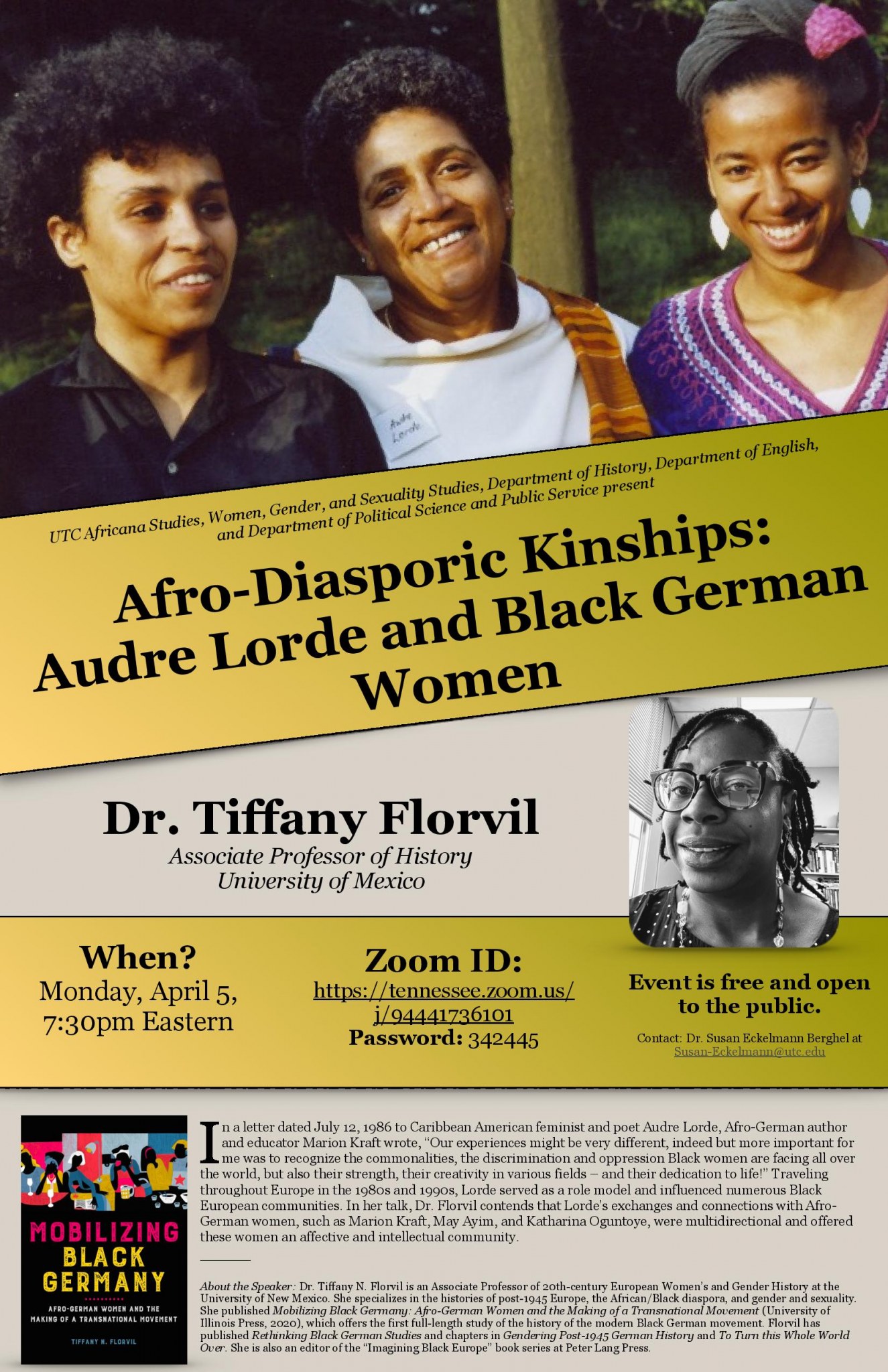