Dr. Fang Yu Hu’s Podcast for East Asia for All

The East Asia for All podcast recently interviewed Dr. Fang Yu Hu about the depictions of Japanese imperialism in Taiwan on film.  Read more about the film and interview from East Asia for All below and see the full post with video clips and listen to the podcast here.

Episode 10: Cape No. 7 and Postcolonial Taiwan, an Interview with Dr. Fang Yu Hu

From our minisode on fascism to our interview episodes on the films The Handmaiden and Warriors of the Rainbow , we’ve tackled the immediate histories and legacies of twentieth-century Japanese imperialism a few times on EAFA. But how long do the impacts of imperialism last? Years? Decades? And how are they remembered, not only by the colonized and colonizer, but also their descendants? 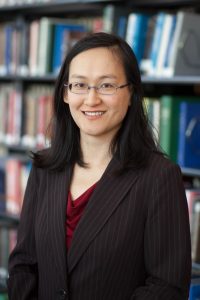 In this episode of EAFA, we again examine the fraught history of Japanese imperialism on the island of Taiwan, which was a colony of imperial Japan from 1895 to 1945. Cape No. 7 (海角七號, Hǎijiǎo Qī Hào) by Taiwanese director Wei Te-sheng (魏德聖, who also directed Warriors of the Rainbow) is a romantic comedy about two intercultural couples (Taiwanese and Japanese) in the 1940s and the 2000s.

Part zany comedy, part melodramatic romance, the movie is set in Hengchun, Taiwan and the main plot centers around efforts to set up a concert on the beach, where a Japanese pop star is scheduled to perform. The main character, Aga, is a failed postman who teams up with other Hengchun locals to form a band for the concert and also falls for Tomoko, an unsuccessful Japanese model who is coordinating for the event. As this main plot unfolds, Aga also opens an undeliverable package that contains a letter from a Japanese teacher who left his Taiwanese lover after the end of the Japanese occupation in 1945. Aga struggles with how (or if he should) find its rightful recipient.

Through the relationships of these different characters — Aga and Tomoko & the older lovers from the Japanese colonial era — director Wei shows us the intimate layers of human relationships that form within the matrix of Japanese colonization. However, historians such as Peter Zarrow have perceptively noted that the “sentimental indulgence” of Cape No. 7 also glosses over much of the trauma of the colonial period in favor of reconciliation. How to characterize both the colonial period, as well as Taiwan’s current relationship to Japan, is an understated and unresolved tension throughout the film.

We are very excited to be joined on this episode by Dr. Fang Yu Hu, Assistant Professor of History at the University of Tennessee Chattanooga. Dr. Hu’s research focuses on gender and colonialism in historical Taiwan, China, Japan, and global East Asia. Her current project examines girls’ primary schools in colonial Taiwan.