This story was written by Chuck Wasserstrom and was published as a UTC News Release on Mar. 24, 2022.

What started as “one giant hunk of pork” turned into a taste testing for a group of University of Tennessee at Chattanooga students.

On Feb. 10, Department of History lecturer Mark Johnson and his “Food and Southern History” class learned how bacon was made from guest instructor James Scott, a UTC history alumnus (2014), former UTC adjunct instructor (2016-2017) and current teacher at Baylor School in Chattanooga.

Scott and students worked together on five sections of a hog’s belly during the lively, hands-on discussion, curing the meat for preservation. The result: Bacon, long considered a staple food of the American South.

Scott then vacuum-sealed the different sections, brought them home for refrigeration and put them through the smoking process.

Six weeks later, he returned to campus to share the cured bacon with the “Food and Southern History” students. He explained the steps he had undertaken since the previous class before inviting the students to sample the finished product.

As one student said while tasting the different pieces, “I don’t know which one is which but that’s really good.” 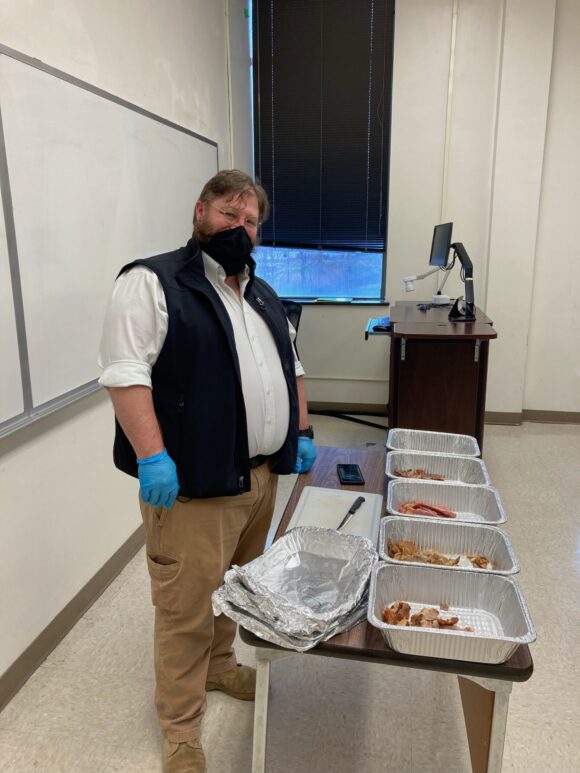 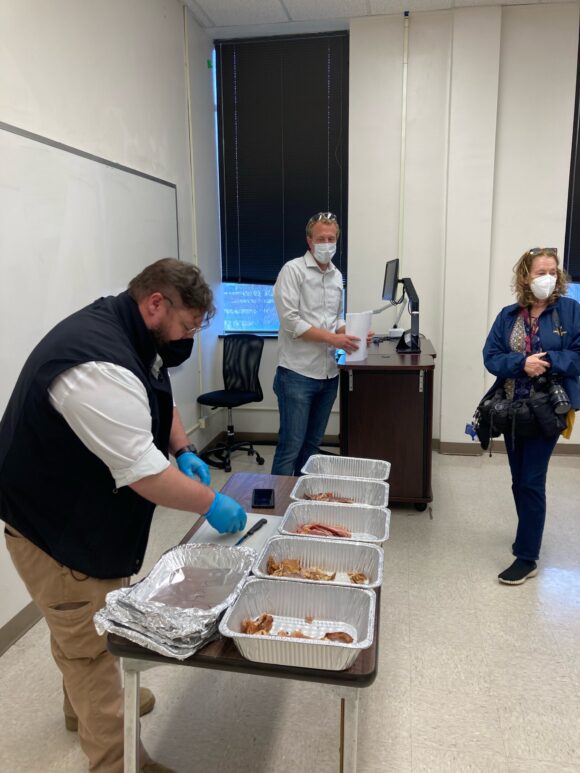