Her accomplishment was highlighted by Chancellor Angle in his recent C-Note update and in a UTC News Release.

The below information on the fellowship is taken from the City of Chattanooga website.

Styles L. Hutchins Diverse Talent Retention Fellows will help to create a plan that will elevate Chattanooga as city where diverse talent can create a prosperous future after college and thrive as a professional through opportunities for upward economic mobility. This highly competitive fellowship will not only provide community benefit but also help elevate fellows in community leadership and provide access to networking and learning opportunities. While educational attainment has historically had the power to unlock workers’ potential for better job opportunities and higher pay, we believe that in order to recruit and retain educated young black talent, our community must do even more to level the playing field for upward economic mobility and prosperity of blacks in Chattanooga. Fostering both diversity and inclusion will ensure that we build a strong and vibrant workforce citywide. 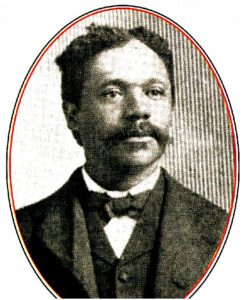 Styles Hutchins was an educator, attorney, politician, entrepreneur and minister. Hutchins was originally from Lawrenceville, Georgia where he became the first African-American admitted to the Georgia bar. In his early twenties he grew frustrated with the racial atmosphere in Georgia and relocated to Chattanooga in 1881, where he found professional and political success. During his time in Chattanooga he opened and ran his own law practice at the age of 29, served in the Tennessee State legislature, and helped start and edit the first newspaper owned and operated solely by African-American men in Chattanooga — The Independent Age.

In 1906, he was asked by Ed Johnson’s father to serve as his son’s attorney. As a result of this representation, Hutchins received death threats and was ultimately forced to flee the city that had been his home for nearly three decades.