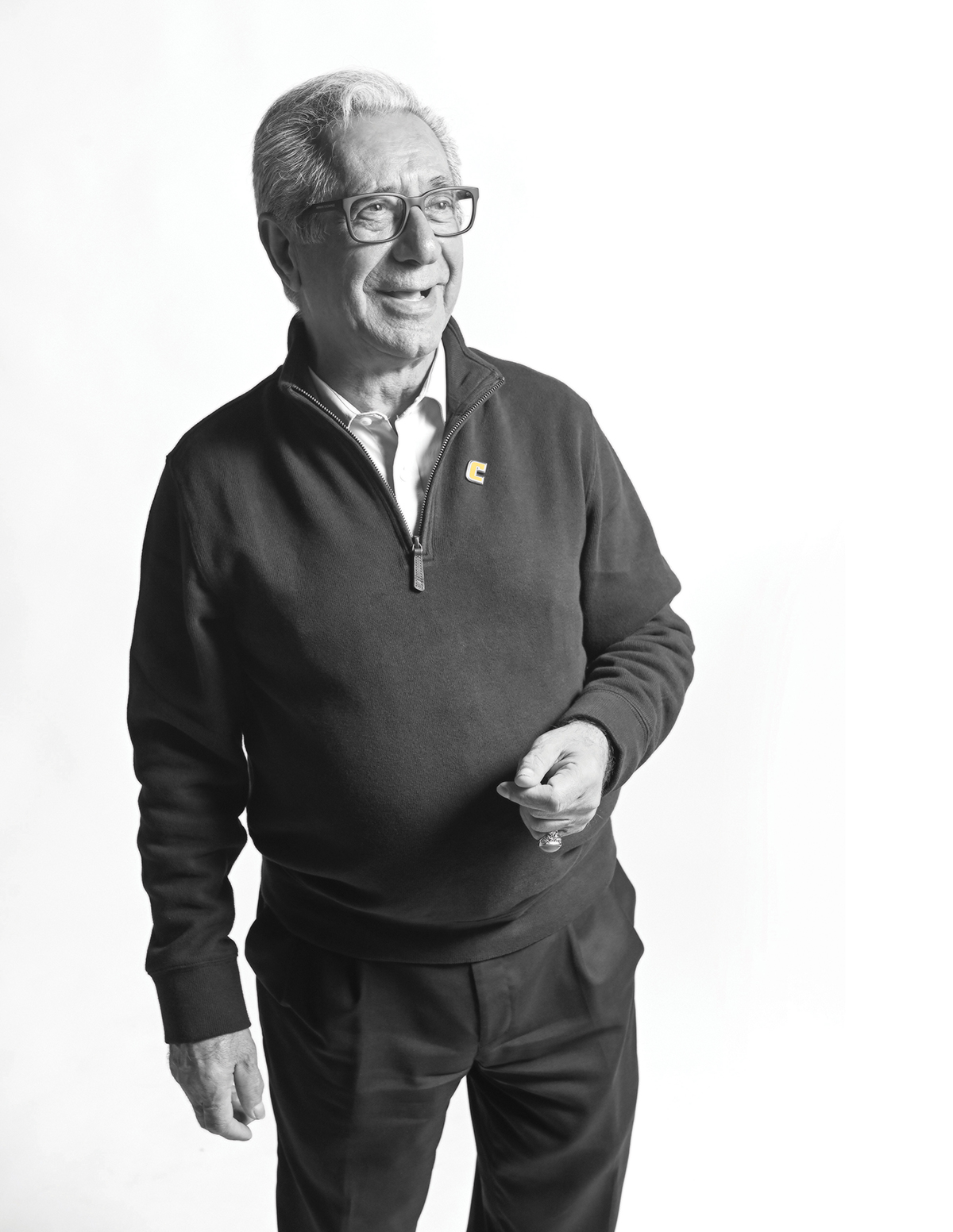 These days, finding internships for students in the Gary W. Rollins College of Business is no sweat, says Mo Ahmadi. That’s not always the way it was. As Guerry professor of management in the college, Ahmadi has 40 years of experience at the University of Tennessee at Chattanooga, giving him the historical knowledge to back up his statement.

“Ten years ago, you’d find a person at BlueCross or TVA for an internship, but now we have these companies that come to us, they say, ‘We have internships available.’ Now it’s a steady thing.” Ahmadi, who teaches upper-level and honors courses, says all his students have or will have an internship at some point in their college career.

Hired in 1979 as an associate professor in the College of Business, Ahmadi has seen dozens of changes at UTC in the four decades that have passed. Among other transformations, he’s seen extensive physical changes on campus, including the new library, recast of Chamberlain Field, the addition of an indoor aquatic facility at the Aquatic and Recreation Center, the opening of West Campus housing and beautification projects such as the renovations of Vine and Oak streets.

Just as important, but not necessarily witnessed by the entire campus, there have been changes inside the College of Business, especially the Joseph F. Decosimo Success Center, as Ahmadi points out. With its focus on preparing students for a career through internships, mentoring and career assistance right down to helping with resumes and mock interviews, the center has fundamentally and positively changed the college, he says. “It has been a tremendous addition.”

The center’s advisors also have taken a load off faculty members, who had to advise students while also carrying a course load and working on their own educational advancement. “I’m not saying previously it was bad, but now it’s personal, very personal,” Ahmadi explains. “Advisors can keep up with the students’ growth. They spend more time with them. They know them by name.”

As a professor in upper-level courses, he also has seen distinct growth in business students and their educational focus. “They are driven, very driven. Every one of them are here to learn. It’s not one of those, ‘Oh, Mom told me to go to college.’”

The tight connection between UTC and the businesses of Chattanooga also has been invaluable, Ahmadi says. As someone with expertise in data analytics, he has worked with TVA, Chattem, local law firms and other companies who want a deep dive into information generated by their business. “Just about everybody wants that,” he says.

And he can take the work he does outside UTC and bring it inside. “I take some of the work that I do downtown and take the results to class and students love it,” Ahmadi says. “When they see how it is applied to the real world, they just eat it up.”