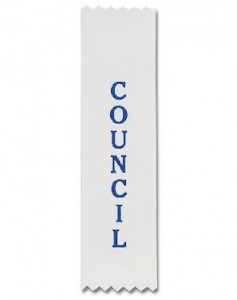 In the 2014 Academic year, the Brock Scholars Council has gone under a massive transformation from what it was even just a year prior. While still serving its previous event planning functions and serving as the voice for the greater body of Brock Scholars it represented, Council began to take a much greater role in University Honors policy and development. The structure of the body itself underwent great changes as well, altering and codifying the elections process to better accommodate upperclassmen and freshmen as well as the growing body of students that participate in the Honors College outside of the Brock Scholars program.

During the 2013 Academic year, the Honors College Advisory Committee was created as a committee of University faculty, staff, and Honors College administrators in order to expand honors education at UTC to a greater number of students. In Fall 2014, to more easily involve the Brock Scholars in this development, the Brock Scholars Council President was given a seat on this committee, in order to speak as the representative of the students within the program and to offer a student perspective on issues and developments within the greater Honors College. This cemented the Council’s role as a policymaking actor within the Honors College, calling upon them to reach out to the rest of the Honors community to weigh in on the administrative goings-on. Since this inclusion in the committee Council has assisted in several policy initiatives, such as the creation of an entirely new freshman orientation. The Brock Scholars orientation has now been integrated into the normal freshman orientation, in order to make sure the incoming Brock Scholars not only receive the same information as other students, but that they also have the opportunity to interact with students outside the program. For those students and alumni who may be concerned, the freshmen still get to experience the exceptional freshman retreat in August. The chairs of the Mentorship Committee have also been hard at work with the administrators attempting to create a new model for Honors College recruitment, in an effort to attract more brilliant potential students and get the word out about the new programs.

In addition to the expansion of Council’s interaction with the University and Honors administration, the Council restructured itself to better serve the students it represents. The election cycle for instance, was altered from Spring elections to Fall elections, allowing Seniors to contribute without having to cut into their final DHON stretch and allowing the freshmen to get to know each other for a semester before electing their representatives. Along with the elections, a number of other moderately important procedural matters were addressed in a large number of amendments to the organization’s constitution. Most importantly among these addresses the inclusion of the new sister programs to the Brock Scholars Program within the Honors College, such as Innovations in Honors. The Brock Scholars Council unanimously voted to change its name to the “Honors College Council” and to represent and include the entire Honors College. From a student perspective, this was an incredibly important step in creating an Honors College community as the College began to expand. Students from any of the programs within the College are able to run for positions on Council, committee chair positions or executive positions.

Even with the greater emphasis on Honors policy, Council is still true to its roots. The annual Date Auction this year was wildly successful, pulling in a full house and raising over $2,500 for Room at the Inn, a local non-profit that shelters homeless women and children in an attempt to help them get back on their feet. With a Superhero theme, the event boasted ten skits including; Superhero girlfriend gossip, a freshmen musical, Batman and Retro-Robin, an abundance of musical talent, and much more. We had a full house turnout (shout-out to the Timothy Haley and Wil Pope, the dynamic MC duo). Our Spring lineup of events was also fantastic this year with another full house at Spring Showcase, showing off the abundance of musical talent and wit within our program. Look out for some of our alumni in the top 40 and Comedy Central a few years from now! Spring Formal this year was quite ambitious with a masquerade theme and a massive turnout, with over 150 people showing up to support Relay for Life. The decorations were fantastic and the weather was perfect for the outdoor venue at Miller Plaza downtown.