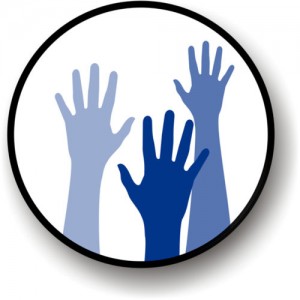 Each year, a new batch of wide-eyed and slightly panicked freshmen descends upon college towns across the nation. In just four short years these newcomers will become the “citizens of tomorrow,” bravely leading us into the future, but when they arrive they are still strangers in a foreign place who often need a gentle nudge to realize their full potential. Courses are taught in the classroom, credits are earned and degrees awarded, but the college experience should be more than that. The college experience should not be lived in a vacuum. Innovation is something that arises from recognition and deconstruction of real, not theoretical problems, and for this to happen students have to get off campus and integrated into the community. The city of Chattanooga offers students the perfect laboratory for turning their knowledge into viable ideas and solutions; the problem is getting them to buy in.

Even with Honors College students, a group selected in part for their commitment and willingness to get involved, relying on student initiative alone isn’t enough to get students out of their bubble and into the city. This is not to say that such a need arises from the assumption that we as students do not want to get involved and must somehow be forced into caring, but instead is driven by the opposite assumption. We are here not only to learn but to become involved, and it is not a lack of willingness, but a lack of connections that is the stumbling block. That is the general guiding principle behind the Brock Scholars Civic Engagement program. Civic Engagement focuses less on drumming up moral outrage over specific issues, and instead tries to create a true foundation for long term engagement with the community.

It all comes back to that idea of buying-in. The course addresses this in three distinct and important ways. The first priority is to change our perspective as students from that of transient visitors, to enfranchised citizens of our new home. For me, this was probably the most important part of the course, if not of my development as a freshman, and involved transforming the city from a complex grid of interlocking bus routes and grocery stores into a place just as diverse, tangible and troubled as my home city of Nashville. In short, a place I could relate to and care about. Once you have established a relationship with Chattanooga, the next logical step is to move from the “civic” to the actual “engagement.” Every few weeks we would be presented with a challenge facing the city, from a growing food desert to the wide disparity in public school performance in Hamilton County. We would then try to deconstruct the issue, taking the information we had been given and bringing together our thirty completely different backgrounds and world views to come up with theoretical solutions. On some level this is the most important part of the course. I think that I leaned more from listening, and often arguing, with my peers than I could have ever gleaned if presented the information on my own. Civic Engagement presented not only a forum, but also a full-blown yoga class in lateral thinking, where no idea was too radical or ridiculous to be dismissed without consideration. However, theoretical musings in a void are meaningless without experimentation and comparison. This is where Civic Engagement exceled at placing us in a position to expand into the community at large. Each challenge we examined was accompanied with guest speakers and organizations from the area who were creating their own solutions and programs to help Chattanooga deal with each issue. Whatever ideas we had concocted in our discussions could be paired with, or connected to active members of society who were eager to reach out and support our plans. For some of us these contacts offered an already established outlet to get involved, while for myself and others they presented the catalyst for growing an idea into something new and altogether our own.

Growing beyond the confines of the course is the ultimate goal of Civic Engagement. The course begins with an introduction to the city, and ends with invitation to go out and find our own challenges. For me, this project has transformed from an interest in food distribution into a plan to help several of my friends create a student operated and managed community garden as well as getting involved with the new Innovations in Honors Project Green initiative. For others Civic Engagement has become a campaign to raise organ donation rates or a mentorship program to help inner-city youth find career training programs. Whatever direction each of us chose, we are no longer the isolated strangers in a new place, but have the support and stability of an established network of contacts and sponsors throughout the community for whatever we think up next.