This May will mark the 100th anniversary month of the dedication of the John A. Patten Memorial Chapel, better known as Patten Chapel. For a century, this distinctive campus landmark has housed countless concerts, lectures, commencements, memorials, marriages, and other services. 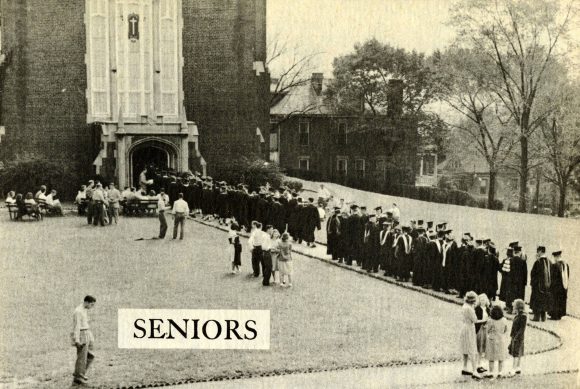 The graduating class of September 1947 was the last to have commencement exercises held inside Patten Chapel. Moccasin yearbook, 1947.

The funding for the chapel was provided by Edith Manker Patten, the widow of prominent Chattanooga businessman and philanthropist John A. Patten, who died suddenly in 1916 at the age of 48. In addition to his leadership of the Chattanooga Medicine Company, Patten was a trustee of The University of Chattanooga and a parishioner of Chattanooga’s First Methodist Episcopal Church. 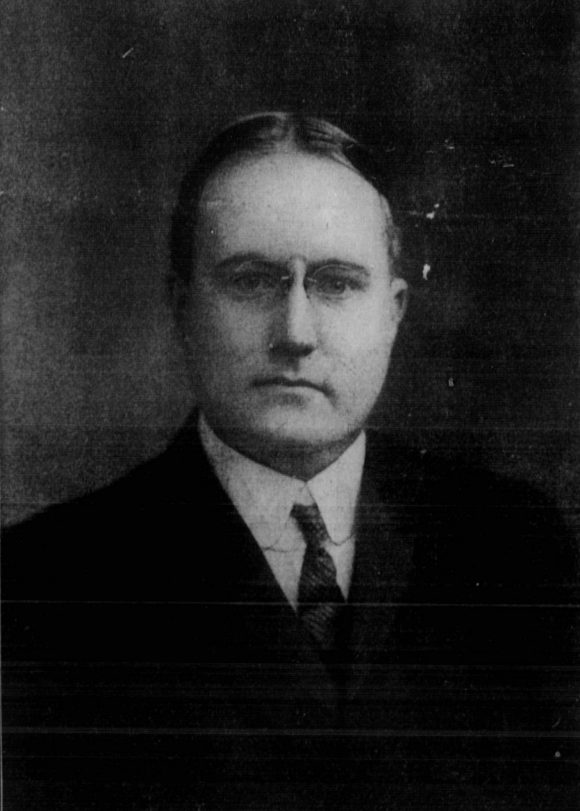 The construction of Patten Chapel began in June 1917, just two months after the United States declared war on Germany. The building was designed to be an integral part of the new quadrangle of buildings in the Collegiate Gothic style by Atlanta architect W.T. Downing, and its completion in May 1919 marked the end of construction for this iconic campus center. 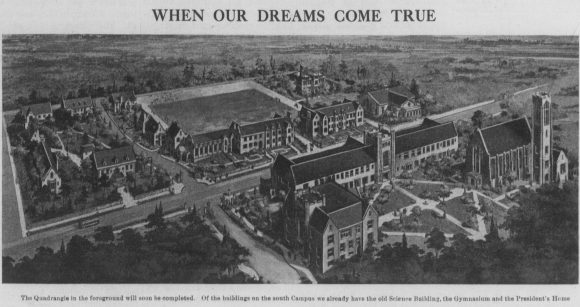 The construction of Patten Chapel offered hope to students during the turbulence of World War I. The University Echo, November 24, 1917. 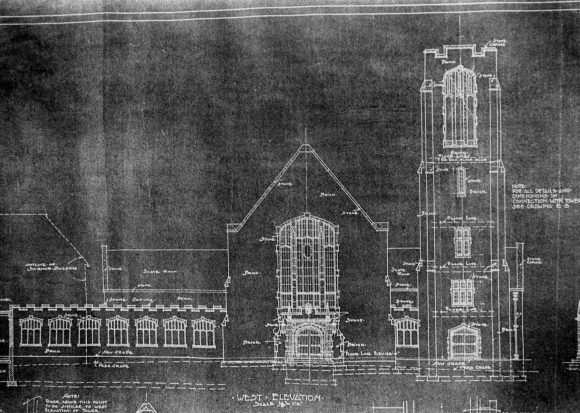 An architectural drawing of the exterior of Patten Chapel.

Over the years, the organ has been refurbished, air conditioning added, and memorial plaques honoring various university community members affixed to the walls, but much about Patten Chapel remains the same. In honor of this centennial birthday, take a moment to step inside the building and appreciate its beauty; the wooden buttresses, the gothic chandeliers, and the stained glass windows. Although it may not see the routine use as a campus gathering place that it once did, it’s a unique part of University history, and a reminder of the University of Tennessee at Chattanooga’s origin as a small Methodist university. 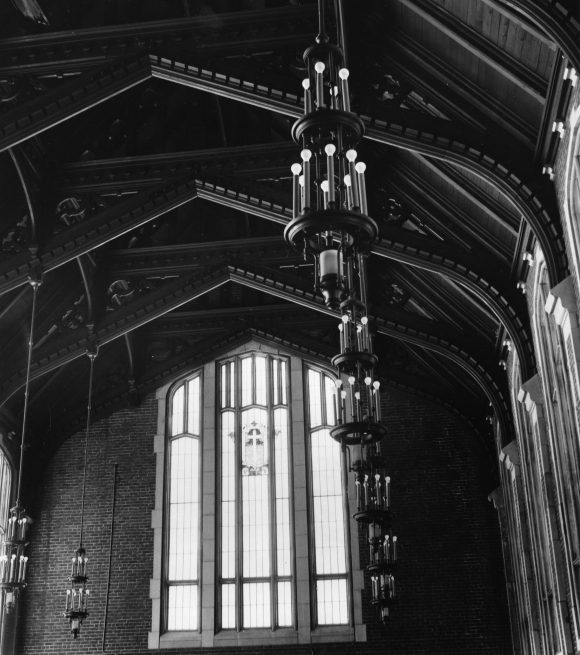 The beautiful interior of Patten Chapel.