Welcome Back to Campus Class of 1969! While many campus landmarks remain in place and the Mocs spirit is as strong as ever, a great deal has changed in the past 50 years. For example, here are a few facts comparing the university as it was in 1968-1969 to the 2018-2019 academic year:

Additionally, alumni from the class of 1969 will likely remember the remarkable 1968 football season, where the Mocs won 9 out of 10 games played, losing only to Ole Miss. In honor of the Homecoming season and the Class of 1969’s Golden Anniversary, check out these scenes from the 1969 Moccasin yearbook. To learn more about University history, visit our Digital Collections to browse past issues of Moccasin yearbooks, course catalogs, and the complete run of the University Echo newspaper. 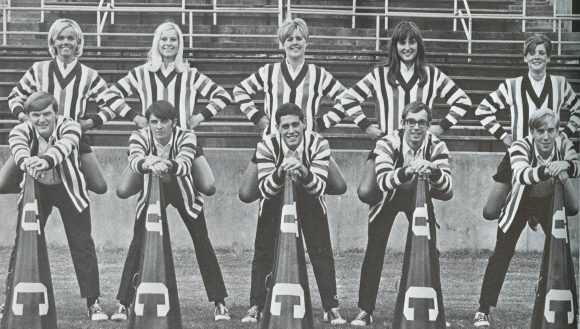 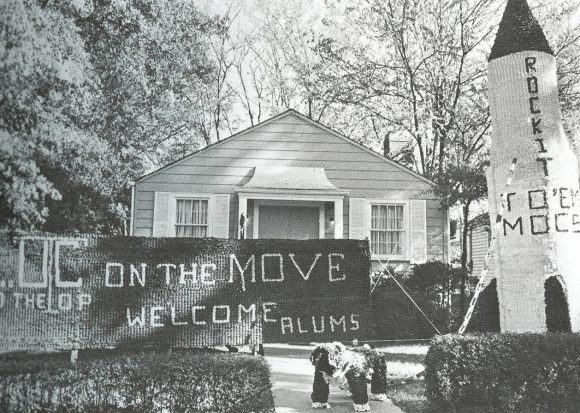 A partial schedule for the 1968 University of Chattanooga football season. 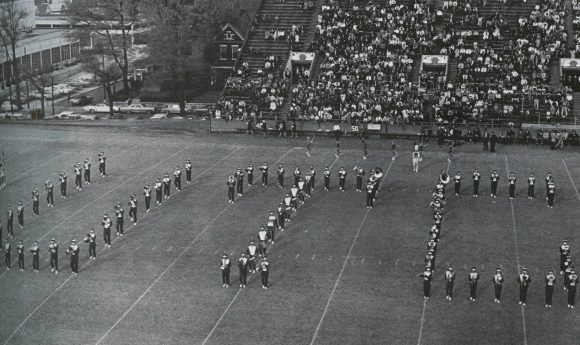 The marching band demonstrates a new formation in advance of the formal creation of UTC.