The History and Purpose of Founder’s Day

Founder’s Day is a tradition that has varied in name and consistency over the years, but has always been recognized as an opportunity to celebrate the university and those who are a part of it. A speech from the early 1960s explains, “Founder’s Day could be thought of as the University’s birthday party, a ceremony celebrating the official opening of the institution. It could also be thought of as a day set aside to recognize the founding fathers of the University.” Elsewhere, the purpose of Founder’s Day is given as a time “to recognize those who have labored to make the university what it is today.” In 1999, University Relations news coordinator Barbara Kennedy told the University Echo that the objective of Founder’s Day was “to bring everyone together – faculty, students, the administration, staff, alumni, and friends of the university…to celebrate our common purposes and renew our sense of community.” 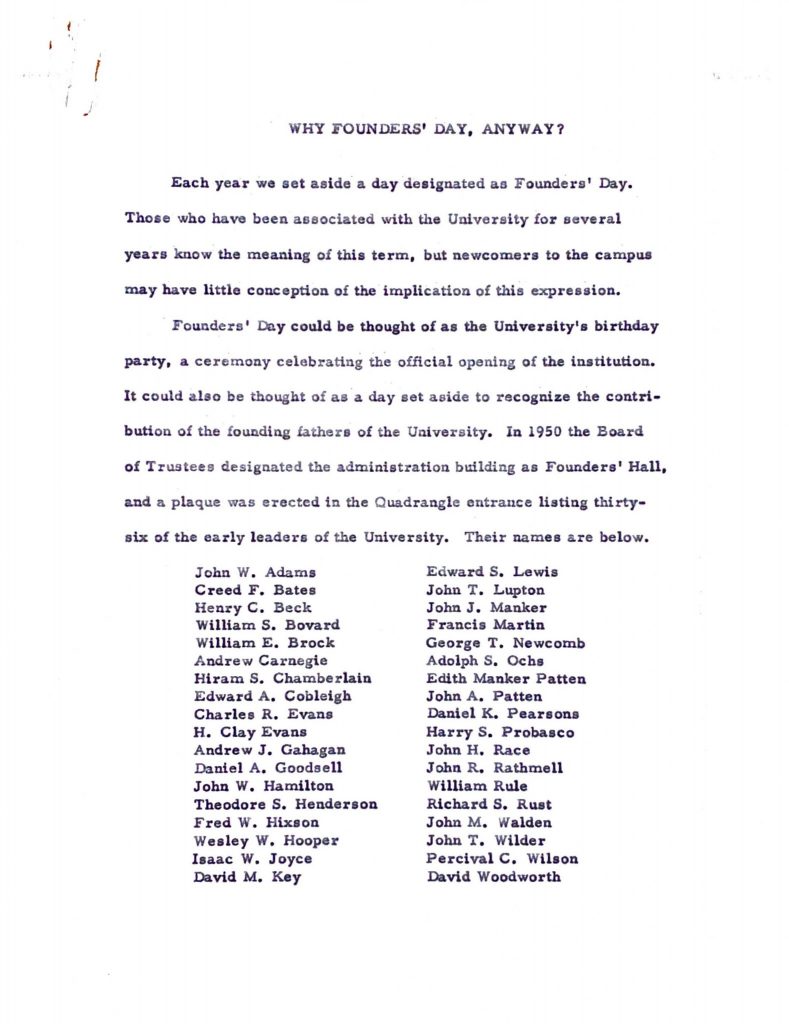 In 1950, many of the individuals involved in establishing the university in 1886 were memorialized on campus in a building name change. The structure known today as Founders Hall was completed 1916 and was called the Administration Building until 1950, when the Board of Trustees voted on a new name, recommended by then president David A. Lockmiller. Shortly afterwards, a plaque listing 36 of these early leaders, including university presidents, trustees, faculty, and benefactors was installed in the eastern entrance. 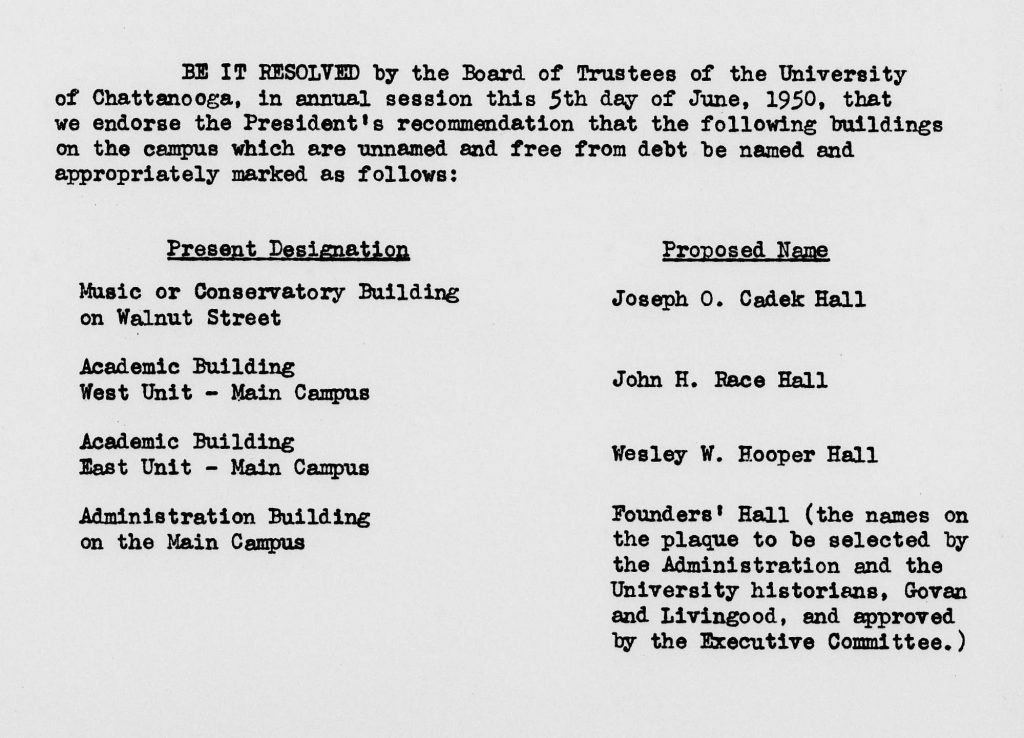 University of Chattanooga Board of Trustees meeting minutes, June 5, 1950. 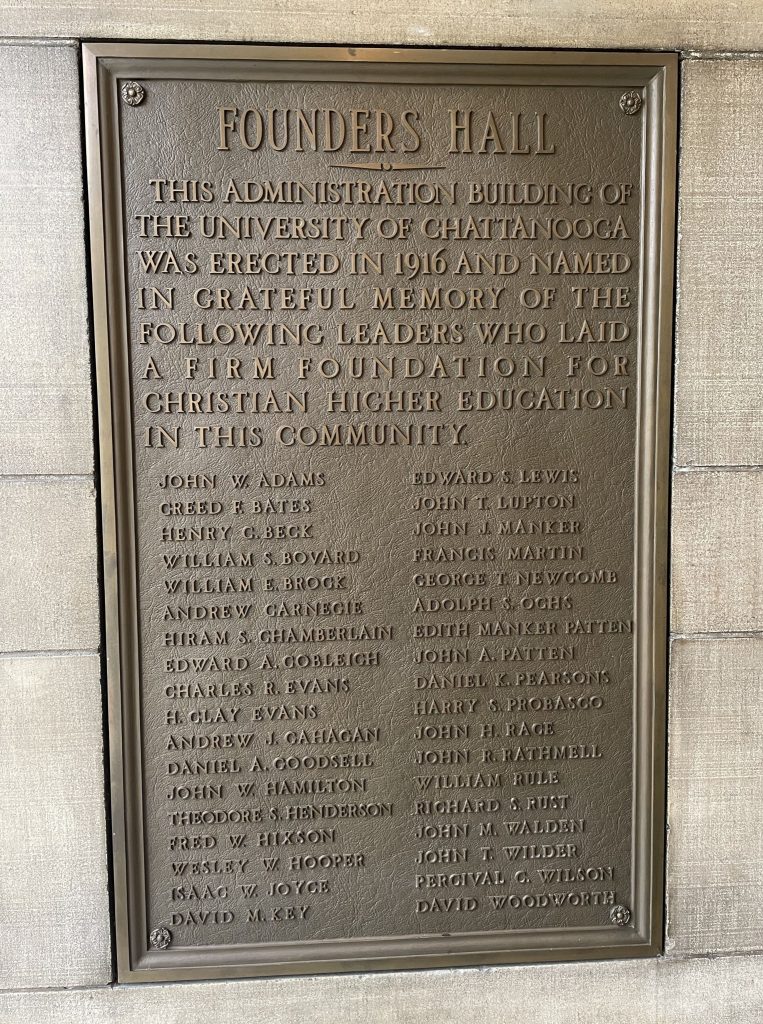 In recent years, Founder’s Day has been incorporated into a larger week of programming, Founder’s Week. Founder’s Week is full of events that meet the traditional purposes of occasion, including the Mocs Games, Service Awards, and the Chancellor’s State of the University address. In this way, Founder’s Week connects the university to its longstanding mission of achieving excellence.