The Power of an English Degree

As an undergraduate student in the English department, I’ve often found myself pondering the big questions concerning my future: What will I do when I graduate? What’s the job market like? Is graduate school a good option for me? I know I’m not alone in this mental exercise. Thankfully, the English Honor Society Sigma Tau Delta recently held a panel with four former English students to help current undergraduates explore this topic.

Department Head Dr. Christopher Stuart opened the panel with an important observation: while it is important that the department’s faculty members measure student success as if each undergrad will be continuing their education as graduate students, this won’t be the case for most. Graduating students may have any number of personal or professional reasons for avoiding grad school.

This was the common thread that connected these panelists; each managed to secure an admirable position in their field with an undergraduate-level education and a healthy dose of determination. Thus, they serve as evidence that while graduate school is an excellent option for some, it’s definitely possible to succeed with a BA in English, and each panelist had plenty of relevant advice for undergrads looking to do just that. 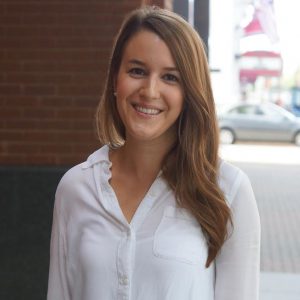 Natalie Martin, the first highlighted panelist, graduated from UTC as a double major, earning BA English Literature and BA Communications degrees. Although she initially came to UTC hoping to be a high school English teacher, Natalie eventually changed her major from English Education and pursued experience in PR and marketing fields. She currently works as a project manager for the Chattanooga-based web development company Crash Creative.

As she reflected on her career path, Natalie expressed a fascination for the potential of working online.  “I learned that I love the web. Web is so exciting… It’s limitless, really.” Natalie seemed to ponder what her career experience would have been like had she continued down the path of English Education, but ultimately concluded that she had made the right choice for her; the lessons she learned from the English and Communications departments combined to give her the formal schooling and technical know-how necessary to succeed in her field. When asked for advice to current undergrad students, she offered a reassuring message. “Find out what you can do with your degree! If you’re not looking for a future in academia, know that there are so many things you can do with an English degree.” It just so happens that working on web development for professional clients is one great example. 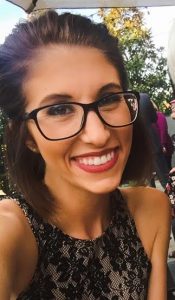 Brooke Brown, UTC alum and Assistant Editor for The Pulse, emphasized the importance of finding a good internship as a student. She interned with “Chattanooga’s weekly alternative magazine” during her last semester at UTC, and impressed her supervisors enough to land her a position as Editorial Assistant immediately following her graduation. Six months later, Brooke was promoted to her current role as Assistant Editor.

The paper is distributed for free at newsstands all throughout downtown Chattanooga, and features articles on all sorts of cultural events relevant to the Scenic City. “It’s awesome. I love it. I get to edit the paper, and I also write Featured Business and Featured Dining pieces for it, so that’s pretty cool, too.” Brooke displayed a passion for her work that permitted her to find success, and the connections she made with The Pulse during her internship led her to where she is now, giving undergrads yet another reason to look into the department’s internship program.

Mary Fortune, the last UTC alum, graduated with a BA in English Literature in 1995.
Remembering her time in school, Mary stressed having little interest in any other department. “I majored in English because I hated everything else,” she said. Still, she admitted to having few ideas about her overall career plan during her studies, humorously stressing that the only thing she was sure about was that she did not want to be a teacher.

Much like Natalie, Mary explained how she discovered the benefits of coupling an English degree with experience in Communications. In her senior year, Mary began an internship with the Chattanooga Times (precursor to the Chattanooga Times Free Press) and kicked off her thirteen-year-long career as a journalist. “It was great because you’re a writer and you get to tell stories, but you don’t even have to make them up.” Needing a new position to support her growing family, Mary took a job as a manager in the Corporate Communications department at the Unum insurance company, and has thrived there for over nine years now. Now the Assistant Vice President of Corporate Communications, Mary serves as a great example for how much English majors may be desired in office environments, too.

While not a UTC alum, Dave Deardorff did graduate as an English major from a small university in Indiana with a focus in Creative Writing. He mentioned one great reason to pursue a degree in English: the ability to keep your studies broad. Choosing between a major in English and a major in the sciences, Dave chose English for the flexible skill set it could provide him in the future. This flexibility seemed to stick with Dave, as he eventually decided to establish a freelance writing company.

Confessing that he did spend some time in graduate school, Dave was not satisfied with his new program’s emphasis on literature, preferring instead to focus on his own ability to craft engaging work. “I went for a year and took all the Creative Writing courses I could, but then I realized all that was left were 18th-century literature courses that really weren’t enthusing for me.” Testing the waters as a technical writer, Dave found that his skills served him well, but the work was not particularly interesting. This led to the formation of Deardorff Consulting; Dave repeatedly emphasized the liberation of applying his skillset to constantly changing projects as an independent writer. “I like new challenges. I like variety.”

The Panelists for this event had plenty of great advice that we could all learn from. If you have an idea of what you’d like to do in the future, why not try for an internship in that field? When applying for jobs, consider the value of your communicational skills; as an English major, these skills can take you far in the job market. The English major is a broad field of study, and can lead to all sorts of unique experiences, but like with any field, making connections with others is also a great habit to maintain. You never know who might give you your next decades-long career doing something you love.