Below you will find a brief essay written by Charles “Chuck” Keegan. Many retirees like Chuck audit classes at UTC using the “Over-60 Senior Auditors” benefit, which allows senior citizens to sit in on graduate and undergraduate courses at UTC at no charge.  Fewer of these retirees, however, take courses for credit, and still fewer actually complete their graduate degrees.  Chuck so loved the first course he attended – Dr. Tom Ware’s seminar on James Joyce –that he began taking graduate courses in earnest, completing the M.A. in English just as he turned 70.  I was fortunate enough to be Chuck’s teacher the one and only time I taught literary theory at the graduate level.  Although he was twice my age, he had the enthusiasm and passion for the work that one would hope to find in any brand new graduate student.  I recall that when he wasn’t preparing for class, he was out training for the Dublin Marathon.

Although he now lives in Iowa so as to be closer to his children and grandchildren, he dropped by my office a few weeks ago.  At 84 he remains the same delightful and ceaselessly curious person I remember. He’s still auditing classes at a nearby university, and he still gets excited talking about the literary critic or theorist who has inspired him most recently.

We thank Chuck for his support of our department, faculty, staff and students.

Narrative is defined as much by its incompleteness as by its completeness. Joan Didion said, “We live entirely . . . , by the imposition of a narrative line upon disparate images, by the ‘ideas’ with which we have learned to freeze the shifting phantasmagoria which is our actual experience.” One of those “disparate images” would likely be of a seventy-year old man wandering around Holt Hall as a student of the English Department.  A SNL sketch could have been done when I asked Tom Ware, who was always the Southern gentleman, if I would be the oldest graduate getting a Master’s degree in English from UTC.

The “shifting phantasmagoria” could be associated with my being an Iraqi Hostage (Human Shield) from August 2, 1990 to December 8, 1990 during the Persian Gulf War. One of my UTC classmates was more interested, than most, by the fact that I returned to the United States on December 8 on a Coastal Corp flight along with John Connally who was a member of the Coastal Corp board of directors. The U. S. State Department called it the Connally flight. When I graduated from UTC on December 13, 2003 the Iraq war was ongoing and the day before a disheveled Saddam Hussein was captured as he emerged from a spider hole where he had been hiding. Richard Rice, a retired history professor and a friend of mine, handed out the diplomas. When my turn came Richard stopped the activities and told my Iraq Hostage story. While I was pleased, even my robust ego could not ignore the restless signs that emerged from loving parents interested in viewing their son or daughter get his/her diploma. 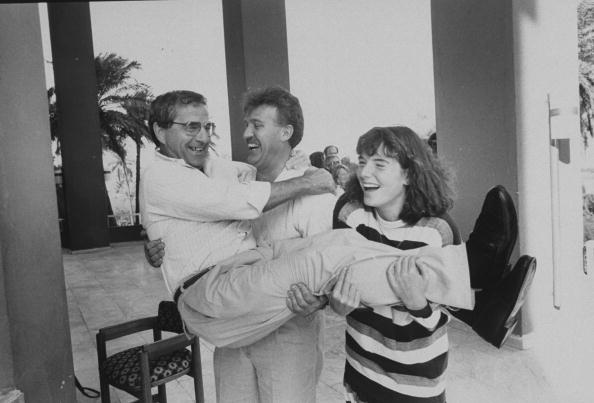 The latter part of my career was spent in the Middle East in investment management. It began with one year of employment in Bahrain. I moved on to Kuwait for three years. Then with a different Kuwaiti firm, I worked two years in New York City. I returned to Kuwait with the company I had worked with before doing the same job—Chief Investment Strategist. I expected to be there several years, but I had completed less than a year on my contract when Saddam Hussein invaded Kuwait. It would end my working career.

The late Ken Smith was my creative writing professor.  He detested the use of coincidences in stories. My life, however, has been greatly influenced by coincidences. If my Bahraini employer’s first choice for the position I filled had accepted the job, I would not have been in the Middle East. In July 1990 I put off the beginning of vacation in the United States so an associate could enjoy another week of vacation in India—this put me in Kuwait at the time of the Iraqi invasion. Finally, in the spring of 2000, I was on a Celtic Odyssey in Ireland in search of my Irish roots, and for a reason I cannot now remember I came back one week early. If I had returned as I expected, my friend Clive would have been in Zimbabwe visiting his mother. Clive likes to connect people, and he knew of my search for my Irish roots. He put things together and connected me to Tom Ware who was teaching James Joyce’s “Ulysses” that fall.

I have run ten marathons.  This surprised many people when they saw my build. An associate’s wife said, “but you don’t look like a runner.” She was right. My best time (age 49) was three hours and thirty-five minutes. My last marathon was in Dublin in the fall of 2000 while I was following Leopold Bloom around Dublin textually with Tom Ware. I kept warm before the marathon in the lobby of the Ormond Quay Hotel made famous as the site of the “Sirens” episode of “Ulysses.”

A character in a John Banville novel said, “The past beats inside me like a second heart,” and I believe that to be true, but as long as my first heart beats it is what tomorrow brings that fills my day with meaning. For me, that meaning is currently coming from finding existential deficits or crises of meaning in literature. In referring to my getting a degree in my retirement years I routinely got the question, “What are you going to do with it?” After seventeen years of my enjoying great literature I believe that question has been answered.

2 Comments » for “Running Coincidences and First Hearts,” an essay by Chuck Keegan (MA, 2003)