As English majors, you’ve likely had people say things to you like “Oh, you must want to teach.” Or some other antiquated sentiment like there being no money in the humanities. However, these comments should soon become fewer and further between because the stigma surrounding English degrees is disappearing rapidly. Even billionaire entrepreneur Mark Cuban has called the Liberal Arts “the future of jobs.” Luckily for you, English major, this article will give you some alternatives to the stereotypes of teaching and serving coffee. Yay!

While Anderson Cooper may have corned the market on smoldering stares and hard hitting news, that doesn’t mean you can’t make a career for yourself in journalism. In the wake of traditional (i.e., real) journalism’s slow but sure death march, a new career has arrived to take its place and focus on revenues: Commerce Journalism. Commerce journalism involves writing things like native advertisements that flow with the material represented in the rest of the publication—as well as carefully curating material designed to sell products to a specific audience. The idea is that your writing helps people understand what they need to buy, and this can absolutely be done creatively. You may have heard this kind of job be referred to as Aditorial writing, or less flattering monikers, but the fact is that there is money to be made in this field, and someone (maybe you) has to do it. Enter you, two parts youth, six parts debt, and a dash of qualification.

The wonderful thing about this job is that it didn’t exist ten years ago, so it would be impossible 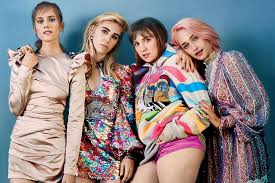 for an employer to require years of experience. That, combined with the lowest average advertising starting salary at $32,000, and the highest at roughly $76,000, is starting to make this sound like a pretty wonderful job. Growing rapidly among media companies, commerce journalists are in high demand. While some of those companies are places like Buzzfeed, and other clickbait sites, the revenue commerce writers are bringing in for their publication is no secret. This career’s popularity has even spilled over into pop culture, an episode of HBO’s Girls is centered around Lena Dunham doing Aditorial work for GQ. While impossible to say with absolute certainty, it is likely bigger publications such as the Washington Post or the New Yorker are likely to start milking the cash cow that is commerce journalism. For examples of good (and bad) native advertising, click here.

Let’s face it. The reason a lot of us became English majors in the first place is because the thought of doing math or science for the rest of our days sounded about as appetizing as going for a jog in wet denim—a prospect which chafed us just as much. We grabbed our pens 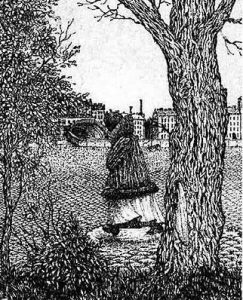 and copies of Dickens or Milton, and tried to make lives for ourselves in our lovely nests of literature and libations. While we were doing so, our math and science centered compatriots were busy building the next must have gadget or creating an app capable of changing the digital landscape.

On the surface it would seem that the lines were drawn in the sand, that we might be content to stay in our separate worlds, but an unlikely, symbiotic relationship was on the horizon. Forbes reported in 2016 that Humanities majors are 4.3 times more likely to land jobs with rising tech companies than other majors—English majors being the most likely to be employed for these jobs. English majors are in such high demand because of the perspective they give to technology and media organizations.

For instance, looking at an optical illusion one inch from your face would likely end with a headache and not much else. However, by taking a few steps back several new perspectives present themselves. This is what makes Humanities majors, English majors in particular, so valuable. In many cases the training English majors receive enables them to describe things in a highly relatable and understandable way, which is valuable to tech companies. Job titles to look out for when applying for these jobs are “content strategist,” “marketing manager,” “content manager,” and “web producer.” Forbes quotes these jobs as ranging from $69,900-$90,500 annually.

A great job to get after college, or in even in college, is Social Media Coordination and Staff Writing for a blog! Social media coordination involves posting announcements, relevant information, relatable content, and other such information to social media accounts. Curating a brand is an important part of this career, so having an eye for design and aesthetics helps when creating content.

Aside from the obvious writing that comes in the form of tweets, Instagram captions, and Facebook announcements, many of these careers will be linked with a blog, email campaigns, or newsletters which will compromise the bulk of your writing. By writing for email campaigns and blogs you are able to make money as a writer, and learn how to use valuable online publishing tools such as WordPress, and design tools like Adobe PhotoShop and InDesign. The best part is that you don’t even have to leave this website to find an employment opportunity for this growing career field. Each semester, Dr. Rik Hunter selects an intern to work as the English department’s Social Media Coordinator and Staff Writer for Connections. More information on this internship is available here. 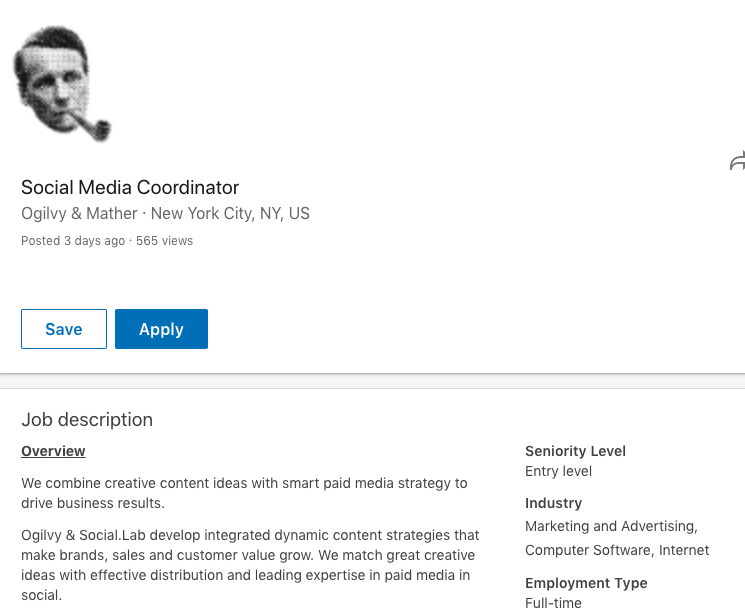