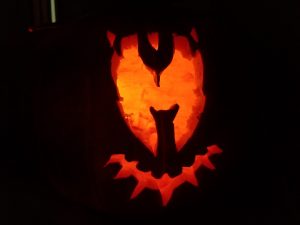 Tweet @UTCEnglish what you’ve been doing in preparation for #blackpantherweek

The English department will be hosting a series of three events this October discussing the cultural significance of Marvel Comics’ Black Panther.

On October 23rd, students and faculty are invited to attend a roundtable discussion of diversity and comic books. On October 24th, Dr. James Arnett and his African Sci-Fi class will be presenting the whole history of the Black Panther comic series. Black Panther Week will culminate with a screening of the 2018 Ryan Coogler film on the 30th. For information on the times and location of the events, see the Black Panther posters posted around campus, or on the UTC English calendar and social media accounts.

In anticipation of these events, Dr. James Arnett and Tiffany Mitchell, English professors at UTC, wanted to talk about the sorts of things they will be exploring in the events to follow. Arnett and Mitchell have worked together on diversity projects before. In the spring of 2016, Arnett and Mitchell worked on Lemonade Week, a series of four events based around Beyonce’s visual album, Lemonade. The event was a great success, culminating in a massive symposium-style presentation where nine faculty members and around four dozen students contributed videos, writings, and performances. 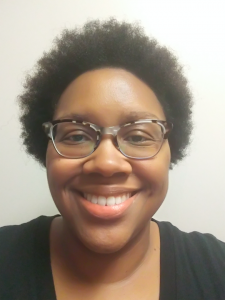 “We are adept at giving any number of proper academic lectures on campus,” Arnett said, “We receive notices all the time, but we don’t have many opportunities to bridge the gaps in between those art objects and objects students are seeking out in their free time. Black Panther Week is a way to create a standardized conversation across the board that avoids jargon and rarification, and allows all of us to speak about the same things.” 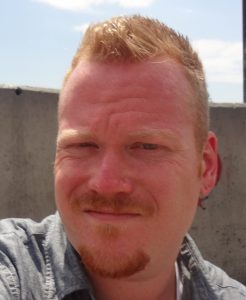 Black Panther tells the story of T’Challa, heir to technologically advanced Wakanda, who must stop a challenger to the throne named Killmonger from ascending to power and dispersing Wakanda’s secret technology to the African diaspora. Black Panther stands apart in the Marvel pantheon and as a Hollywood production for its nearly all-black cast and production. Arnett and Mitchell hope Black Panther Week will get students thinking about what it means to circulate cultural objects about blackness. One of the things that interests both of them about Black Panther as an art object is that it poses an alternative history to Africa grounded in strength and self-protection, rather than fear and violence.

“Black Panther shows us this beautiful Africa if it wasn’t raped and pillaged and carved up,” Mitchell said, “It is this one little slice of land that could have been. Unfortunately, we have a monolithic view of Africa. When you think of Africa, you think of the bush. Black Panther portrays parts of Africa as it really is . . . varied, plus this sci-fi, futuristic vision of what it could look like.”

Black Panther showcases in both the foreground and background individuated blackness. Many of the lip plates, hairstyles, and costumes represented in the different tribes of Wakanda are all inspired by actual African tribes. For instance, Ruth E. Carter, costume designer for the film, modeled Okoye and the Dora Milaje on the Turkana and Maasai tribes. This sect of warrior women in red first appeared in the Black Panther comics in 1998. In the original, they sported stilettos, red mini skirts, and straight black hair. For the 2018 film, Carter adapted the characters to be more battle ready. The stilettos and mini skirts are gone, and instead the Dora Milaje are uniformly bald and wear practical battle armor. “We needed to present another female warrior that was fully clothed with her vitals protected,” Carter said in an interview with Vulture. “She’s really, truly ready for battle” .

“I thought it was beautiful,” Mitchell said, “When T’challa and Okoye were in the casino in Korea. As soon as the fighting starts, Okoye flings her wig off. That was powerful.”

Design choices like the shaved heads of the Dora Milaje are immediately relevant to American culture and politics. Colonizer mentality has always had a stranglehold on black hairstyles. Back in May of this year, the Supreme Court refused to hear the 2013 lawsuit of a black woman whose job offer was rescinded after refusing to cut her dreadlocks off . In Tennessee, a stylist can be fined thousands of dollars for practicing braiding without a license, placing unnecessary regulations on black business owners under the guise of civic well-being.

“Facilities that do braids in Tennessee have to meet the same requirements that a regular salon would have,” Mitchell said. “But these are things that a braiding salon would never need. Its crazy!”

While events that celebrate diversity and bring attention to the overwhelming whiteness of Hollywood enjoy popularity and success within the English department, programming such as this is under constant threat of defunding and disintegrating.

“I think we are responding to some of the legislative pressures against diversity programs at UTK and here at UTC and trying to sort of rush into the gap that is being made by the evacuating of financial and political support.” Arnett said, “Our students are still our students, and we want to respond to attempts to disaggregate them. It is more and more important for us to have these sorts of events that bring people together if the spaces themselves are under existential threat.” 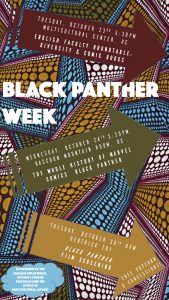