Hannah Gamble, a 2004 graduate of the Brock Scholars Program (formerly called the University Honors Program), has received a Ruth Lilly and Dorothy Sargent Rosenberg Poetry Fellowship from the Poetry Foundation. Each of the five annual recipients receives a $28,500 award to enable further study and writing of poetry.  The fellowship was established in 1989 as a single award to a student in any university writing program in the U.S., and was expanded in 2008 to five annual awards with eligibility open to all U.S. poets between 21 and 31 years old. 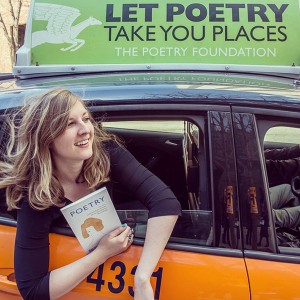 Hannah’s poetry has appeared in American Poetry Review, The Believer, Poetry, Court Green and Rattle, and her 2012 Your Invitation to a Modest Breakfast was chosen for the 2011 National Poetry Series. She is frequently featured on the Poetry Foundation.org website as a blogger or podcaster, and several of her poems have been selected Poem of the Day. Hannah has also received fellowships from InPrint, Inc., the Edward F. Albee Foundation, and the University of Houston.

Hannah credits her experience in the Brock Scholars Program at UTC with “being the thing that got me to like poetry.” She remembers receiving a packet of reading materials to prepare for interviewing for admission to the Program that began to change her way of thinking about literature.  She was particularly touched by the late 20th century poetry by writers like Tomaz Salamun that “was funny and turned a person’s regular life into a lively, beautiful myth.”  Then during her first semester at UTC, Hannah’s UHON 1010 professor, Rick Jackson, convinced her to enroll in his poetry workshop, “where I read all the poems that made me officially love contemporary poetry.”  Although she didn’t continue to take poetry workshop classes or choose to major in creative writing, pursuing instead a double major in humanities and French, her love of poetry continued to grow. After taking a year off following graduation, she chose to apply to MFA programs in creative writing instead of the fields she pursued as an undergraduate.  Once again, she found Dr. Rick Jackson’s guidance in choosing good programs and his letters of recommendation invaluable.  During her admission process at the University of Houston, where she eventually chose to attend, one of the senior writing faculty members said to her “Oh, you studied at UTC with Richard Jackson? That place is like a good-poet factory.”

“Hannah’s playful wit and energy made her a joy in the undergraduate classroom,” said Dr. Gregory O’Dea, director of the Brock Scholars Program. “Her deeply thoughtful approach, her eagerness to closely examine an idea and tease out its nuances, were impressive. Obviously, these qualities still serve her well as they are the hallmarks of her poems. We are very proud of her.”

Hannah is currently living in Chicago, where she serves as one of two artists-in-residence at the Museum of Science and Industry’s Art of Science Learning Incubator. Along with her fellow artist-in-residence Nick Goettling, an illustrator and muralist, Hannah is working on a comic book exploring issues and solutions generated through the Museum’s year-long urban nutrition project. The comic book will incorporate the ideas of community teams of innovators, including high school and college students, scientists, business people, educators and retirees, to find ways to address urban nutrition problems in various Chicago neighborhoods.

Hannah will use her Lilly Fellowship award to support her current projects, including producing her screenplay, a mockumentary about the midwest’s first community college to offer an associate’s degree in not getting raped; publication of her second poetry collection, The Traditional Feel of the Ballroom; and starting a third book of poems.