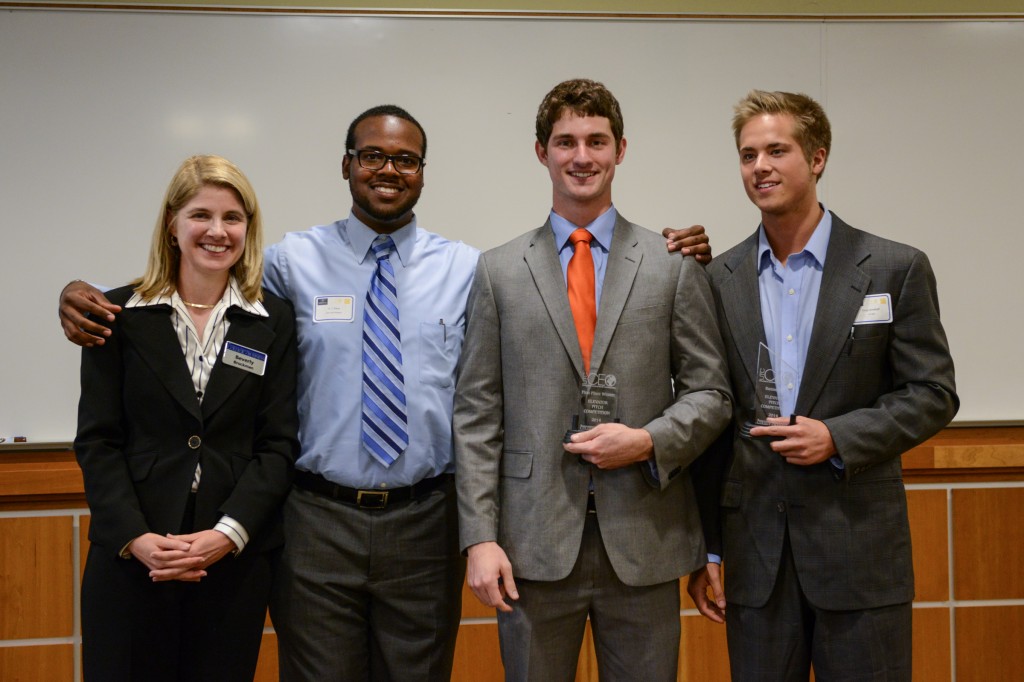 Four UTC College of Business Students, members of the College Entrepreneurship Organization (CEO) competed over the weekend in the national CEO pitch competition held in Orlando, Florida. The 2-day competition brought together 60 emerging entrepreneurs from as far away as Nova Scotia in a “Shark-Tank” like battle to see who’s idea would win this year’s competition. All students had 90 seconds to make their case in front of a distinguished panel of judges. UTC students did extraordinarily well and one, Daniel Taylor, reached the finals putting him in the ranks of the top 10% of ideas pitched this year.

In Orlando, McPherson, Hyder, and Grindstaff pitched in a tough first round that pitted them against ideas that included bamboo sunglasses, a new natural dip that gets children eating more vegetables, and a revolutionary new ranch management system called “Moo Manager”.

Freshman Grace McPherson’s idea, “level up” a system targeted to gym owners with the benefit of building client loyalty by gamifying the workout, was well pitched and well received. Sophomore Andrew Hyder’s idea to build an online gaming tournament series didn’t move on in the competition, but did catch the eye of the “Cupid’s Cup”, a prestigious pitch competition held at the University of Maryland that carries a $100,000 first prize. Senior Doug Grindstaff’s unique idea, L.A. Mist, a pay-per-spray all over sunscreen booth was met with lots of enthusiasm. He also was invited to compete at the University of Maryland.

This year it was UTC Junior Daniel Taylor’s time in the spotlight. Taylor moved through two rounds of intense competition to make it to the finals. He pitched flawlessly in front of three panels of judges with the Ladder Levilizer, a patented device that makes workplaces safer. The Ladder Levilizer, complete with proto-type, test market experience, and actual production created a lot of buzz throughout the weekend. Casting scouts from Shark Tank mentioned the product several times in their discussions with participants, and noted it as “the kind of idea Shark-Tank likes.” Daniel earned honorable mention and a $500 prize, but there is good chance the big prize will come when he gets a shot at the real sharks in the next few months. We are all excited about that possibility.