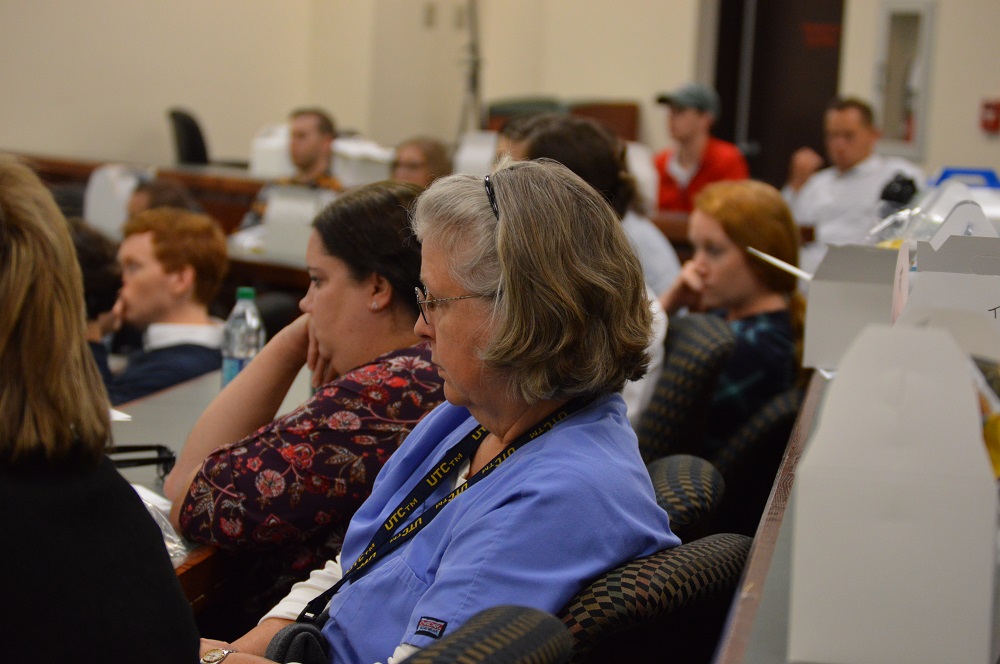 On Wednesday, October 25th, the College of Business hosted a presentation on ‘The Economic Impact of the Opioid Epidemic’ presented by Curtis Florence of the CDC’s National Center for Injury Prevention and Control. This event was sponsored by the CFA Society East Tennessee.

The opioid epidemic is a serious public health issue affecting communities across the country. Understanding the economic burden of opioid abuse can help decision makers shape policies and create better outcomes. Deaths from opioid pain reliever overdose in the United States quadrupled between 1999 and 2013, concurrent with an increase in the use of drugs. Data was pulled from the Medical Expenditure Panel Survey to reveal trends in opioid pain reliever expenditures, financing by various payers, and use from 1999 to 2012. Major shifts in expenditures were found by payer type for these drugs, with private and public insurers paying a much larger share than patients in recent years. Consumer out-of-pocket spending on opioids per 100 morphine milligram equivalents declined from $4.40 to $0.90 between 2001 and 2012. Since the implementation of Medicare Part D in 2006, Medicare has been the largest payer for opioid pain relievers, covering about 20-30 percent of the cost. Medicare spends considerably more on these drugs for enrollees younger than age sixty-five than it does for any other age group or than Medicaid or private insurance does for any age group. Further research is needed to evaluate whether payer strategies to address the overuse of opioids could reduce avoidable opioid-related mortality. Read more from this article here.

As of October 26, 2017, President Trump’s Administration has declared the opioid crisis as a “Public Health Emergency”. The Administration stated that it is, in fact, “the deadliest drug crisis in American history – killing about 90 Americans every day”. View the article featured in The New York Times here.

About the Speaker: Curtis S. Florence is the lead health economist for the National Center for Injury Prevention & Control. He received his doctorate in economics from the University of North Carolina at Chapel Hill in 1997. Prior to joining NCIPC, Dr. Florence served as a faculty member in Rollins School of Public Health at Emory University & the Tulane University School of Public Health & Tropical Medicine. His research covers a wide range of topics in health economics, including the economics of injury and violence prevention, health insurance systems, determinants of health care spending and the economics of health promotion. His research has been published in journals such as the American Journal of Public Health, the British Medical Journal, Health Affairs, Inquiry, Medical Care Research and Review, Health Services Research and the Journal of Health Politics, Policy and Law.