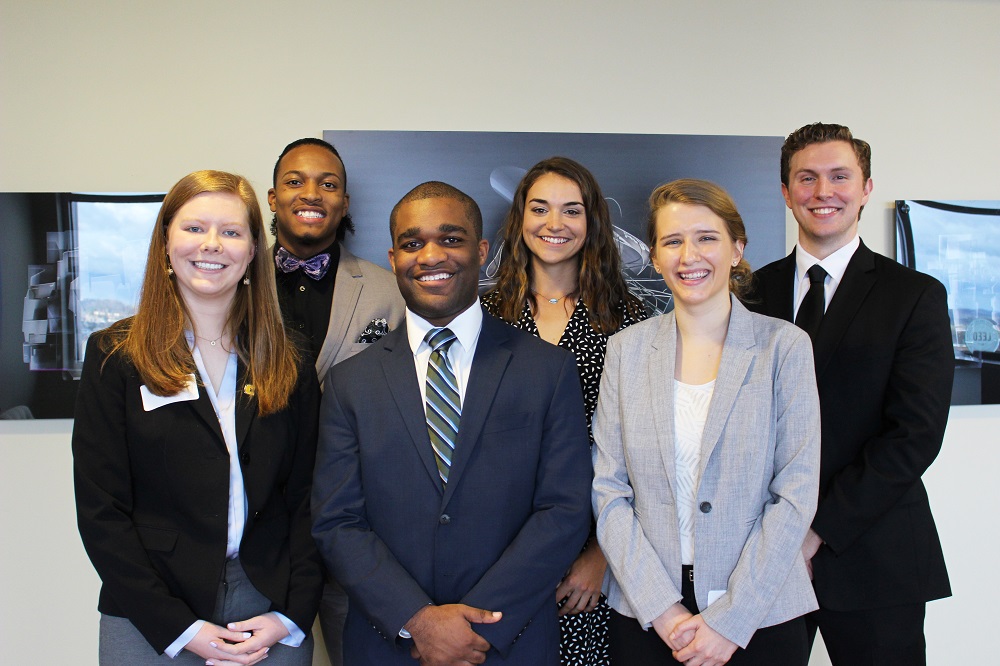 Chambliss, Bahner & Stophel, P.C. honored the 2017-2018 John C. Stophel Distinguished Students from the UTC College of Business during the firm’s annual Stophel Scholars reception on Thursday, March 1. The reception at the Chambliss Conference Center in Liberty Tower offered the six award recipients the opportunity to meet and engage with members of Chattanooga’s business community.

“We are honored to recognize these students for their commitment to excellence and their outstanding accomplishments in and beyond the classroom,” said Mike St. Charles, managing shareholder at Chambliss. “We appreciate the many governmental and business leaders who attended the reception in support of our scholars. This valuable networking opportunity connects young leaders and seasoned professionals who are models of success, motivation, perseverance, and excellence.”

The Stophel Scholars program, which initiated over a decade ago, aims to foster local talent and encourage promising students to build long-lasting mentor relationships with Chattanooga professionals. The John C. Stophel Distinguished Student Award recognizes students with high potential in the UTC College of Business who are emerging leaders. Award recipients are chosen based on their strong leadership, decision-making, and communication skills, as well as the presence of a high degree of self-motivation.

This year’s recipients include:

Chambliss Law firm established an endowment at UTC in 2008 to honor the legacy of Mr. John C. Stophel, a founding member of the firm. Stophel practiced law for more than 50 years, during which he led numerous civic, charitable, and religious efforts to benefit the Chattanooga community. He additionally served as Chairman of the University of Chattanooga Foundation Board of Trustees from 2001 to 2004.