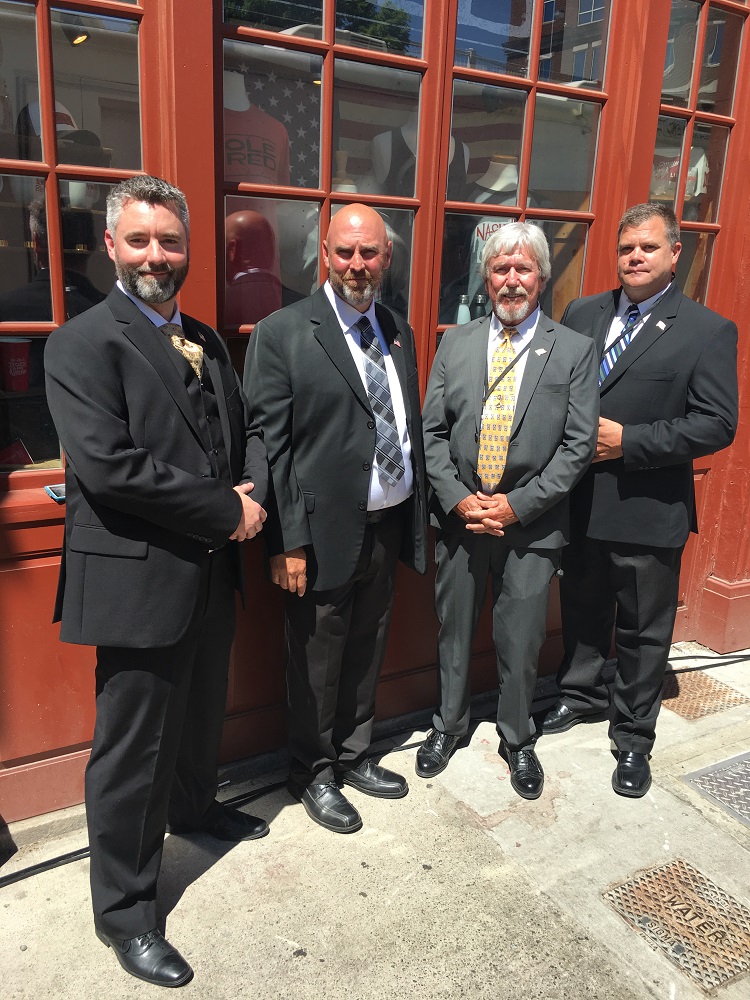 Terry Chandler, a recent graduate of the UTC Veterans Entrepreneurship Program (VEP) hosted by the Gary W. Rollins College of Business, learned a lot about growing his business during the program. Now he is protecting some of Nashville’s biggest stars.

Chandler is the owner of Platinum Protection Service and Chandler & Associates Private Investigations, LLC. After furthering his education in entrepreneurship by participating in the VEP, his business has been flourishing.

Most recently, Platinum Protection Service has provided executive protection for network television personalities in Nashville, and many of country music’s biggest stars.

Chandler also makes sure to give back utilizing his business. After Hurricane Florence ravaged the Carolinas in mid-September, Chandler and his team worked tirelessly to protect the property of the businesses and residents who evacuated the path of the storm. The Daily Herald: Columbia reports on the story: https://bit.ly/2DlxFQ1

Chandler joined the Tennessee Army National Guard in 1988 and attended basic training at Fort Knox, KY. In 1991, he became a Deputy Sheriff and attended the Tennessee Law Enforcement Training Academy. In October 2001, Chandler was called to active duty and deployed to Fort Campbell, KY as a Military Police Sergeant. In April 2002, he was deployed with the 269th MP Unit to Kuwait and then on to Baghdad, Iraq where the unit provided military escorts, occupied a police station, and various other assignments. Chandler “retired” in 2008 and is a disabled veteran of Operation Iraqi Freedom.

After retiring from the military, he continued his law enforcement career of 28 years and worked in various positions from a Deputy Sheriff, local Police Officer, Federal Police Officer, Criminal Investigator, and retired as a Police CID Lieutenant. He has multiple degrees including a Master’s Degree in Criminal Justice Administration from Columbia Southern University.

About the VEP: Now in its eighth year, the VEP offers a highly innovative immersion program built around hands-on learning, personalized interaction, and exposure to inspiring role models. The VEP’s mission is to foster the creation of successful, profitable ventures owned by veterans. The VEP is free to veterans who are selected for the program. Applications for the 2019 program are now being accepted. To learn more, visit www.utc.edu/VEP