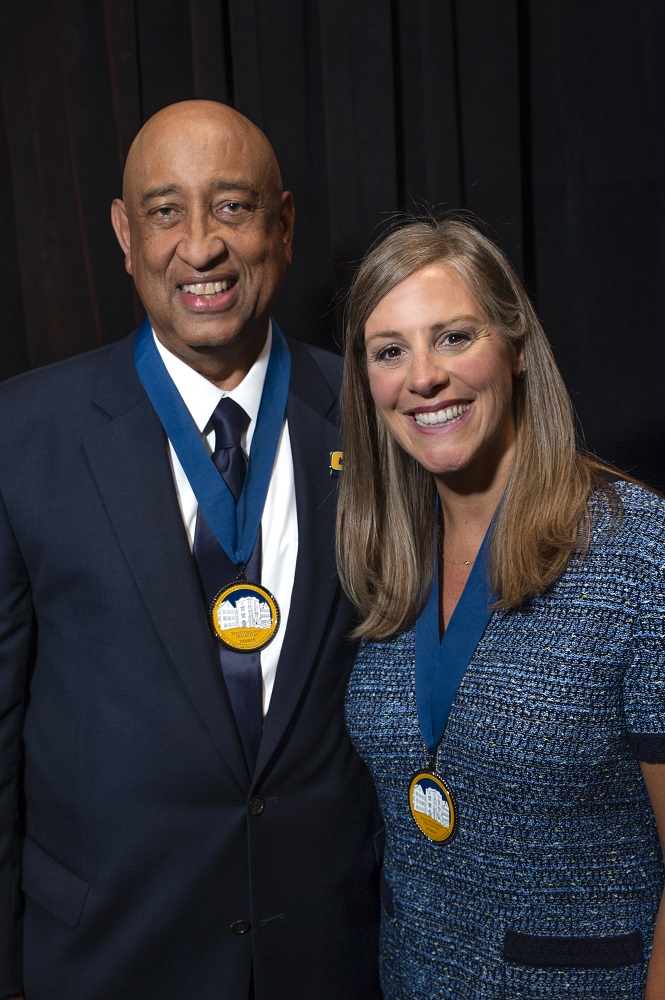 Two notable business leaders who are also UTC alumni, were inducted into the UTC Gary W. Rollins College of Business Entrepreneurship Hall of Fame on April 9. Cindy Monroe and Albert Woodard joined a group of individuals who represent both the entrepreneurial history of Chattanooga and the city’s ongoing economic success.

Monroe is the founder of Thirty-One Gifts, a direct-sales company with more than 63,000 independent sales consultants in the U.S. and Canada. Woodard is the founder of Business Computer Applications, which became one of the largest minority-owned software companies in the country.

This year also marks the 20th anniversary of the Entrepreneurship Hall of Fame, a celebration of the entrepreneurial spirit in the Chattanooga region that honors innovators and showcases their success stories.