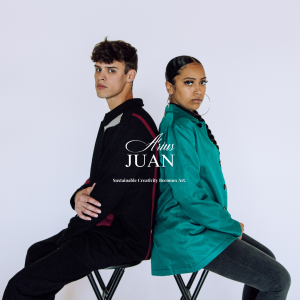 AriusJuan is an emerging fashion brand launched by JuJuan Lewis, a 2019 graduate.

Jujuan Lewis has always been skilled at multitasking.

The 2019 graduate of UTC’s Gary W. Rollins College of Business earned a finance degree, was SGA president, served as a member of the Chancellor’s Multicultural Advisory Committee and Roundtable, was Kappa Alpha Psi community service chairman and was voted Top Moc. At times, it seemed he was everywhere on campus.

Now, Lewis has a launched a career and a fashion line. He works for the world’s leading tax firm, Ryan LLC, as a specialist in content and communications and serves as CEO of Arius Juan, an emerging brand dedicated to the underrepresented.

So what led this finance major to delve into such a seemingly unrelated field?

“I woke up one day and realized that I wanted to be more creative,” Lewis said.

That creativity and interest in fashion came from growing up without having the fashionable items that he saw in popular culture. 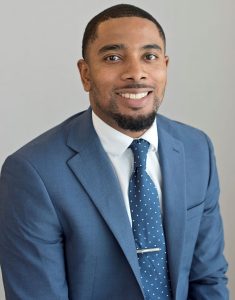 Jujuan Lewis, a 2019 graduate of the Gary W. Rollins College of Business and founder of Arius Juan, an emerging fashion brand.

Lewis came to the realization that he could create what he wanted.

“That creativity gives you a sense of pride and dignity and a sense of understanding yourself. So that’s pretty much what I did,” he said.  “The business name came from the end of my first name and the end of my brother’s first name. Self-expression—we always had it, and now we’re putting that into a business.”

While fashion and finance may seem like an odd pairing, Lewis said his degree gives him a big advantage.

But, he admits, the creative process has had its share of roadblocks.

“The fashion industry is so competitive and there are so many people who do it,” Lewis said. “Being a minority in a super competitive market, there aren’t as many resources to draw on. Fashion is a manufacturing process, it’s a marketing process as much as it a process of design, cut, pattern. And being from Chattanooga, we don’t always have the resources that are needed.”

Launching a business, any business, during a pandemic can be a challenge, but Lewis is focused on creativity and growth in 2021.

“I want to bring more people in, but I also want to focus on telling a story,” he said. “My first two collections were Dream and Vision and in 2021 we want to also highlight other creators with our magazine called ‘Inspired Fashion.'”

Community has always been important to Lewis and his family, so he also wants to give back to that community. His first initiative is SCBA—Sustainable Creativity Becomes Art, the philanthropic portion of his business that is focused on encouraging young children to express themselves creatively.

In thinking of his time at UTC, Lewis shared some advice for students–particularly those students who are preparing for graduation.

“Don’t feel like you have to figure it out right away,” he said. “It’s hard to get a job out of college—especially now with the pandemic. It’s hard to figure out your purpose, it’s hard to understand where you want to go, but understand that time tells all. Time will tell you that, your purpose is this. Everything is trial and error, but with that, you need to make sure you understand your mistakes. You also need to do something that you love and that allows you to give back to others.”