Hide Search
Home » Famous CEO MBAs: How Leaders Are Made During Grad School

Jackie Woolley
December 12, 2022 No comments yet

The MBA is notorious for its ability to spur impressive career growth among a variety of professionals. The degree is especially common among CEOs, who regularly praise it for granting them the theoretical knowledge and leadership skills needed to succeed in a demanding role. Despite having dramatically different personal and professional backgrounds, CEOs from famous companies demonstrate that an MBA can make a world of difference.

Do I Need an MBA to Become a CEO?

While some CEO resumes lack the prized MBA, this distinction can make it far easier to land top jobs in upper management. According to CNBC Make It, nearly 40 percent of CEOs have their MBA. This advanced degree can propel a rapid rise through the ranks, allowing ambitious professionals to achieve the title of CEO far sooner than they might if forced to rely on job experience alone.

For many aspiring CEOs, the decision of whether to get an MBA is simple; the greater struggle may involve determining which concentration is appropriate. A lot depends on post-graduation intentions. For example, anyone who aspires to work in the healthcare sector will want to prepare with a concentration in Healthcare Administration. Meanwhile, Business Analytics can prepare future CEOs to make data-driven decisions. The General MBA can pave the path to success in a variety of sectors.

Many of today’s top CEOs credit their notoriety to their MBA programs. These success stories prove that, with the right academic credentials and a lot of drive, it’s possible to achieve prominent positions within some of today’s most recognizable businesses. Below, we’ve highlighted several of the most famous CEOs with MBAs: 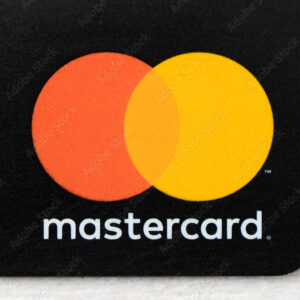 After serving as the Mastercard CEO for a decade, Ajay Banga recently stepped into the role of board of directors’ executive chairman. Prior to his work with Mastercard, he sought his Post Graduate Programme (PGP) in Management from the Indian Institute of Management Ahmedabad. The PGP is equivalent to the MBA. After this, he worked for over a decade with Nestle and briefly with PepsiCo. He has advised PGP students on the “principle of doing well and doing good” as being “powerful…for business and the private sector today.” 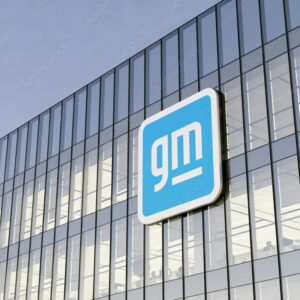 As the first female CEO of the automotive industry’s Big Three, Mary T. Barra seems like an anomaly in the job-hopping era. She first began with General Motors at age 18, rising through the ranks as she inspired others with her ambitious visions — and her commitment to seeing them realized.

In a commencement speech for the Stanford Graduate School of Business (her alma mater), she explained, “Education will open doors. Talent will open worlds. But it is hard work that will enable you to accomplish more than you ever imagined.”

Gail Koziara Boudreaux draws on lessons learned from many walks of life, including her time as a college basketball player. She was distinguished as the Ivy League Player of the Year and discovered, “how important it is to get people into the right role, make sure they understand their role as it relates to the team and then support them so they complement their teammates.”

These takeaways proved impactful through her MBA studies and as she embarked on an exciting career in health care management. Now the CEO at health benefits provider Anthem, she has been named one of the 50 Most Powerful Women in American Business.

Proving that company leadership can remain stable for decades, Carlos Brito brings an appealing sense of stability to Anheuser-Busch InBev, which he’s called his professional home for over thirty years. He is notoriously keen to protect his private life, but it’s impossible to escape acclaim completely when your work as a CEO delivers such exceptional results.

Before he began his stellar career at Anheuser-Busch InBev, Brito received his MBA from Stanford. He remains passionate about the MBA program to this day, serving as a member of the Stanford GSB Advisory Council. 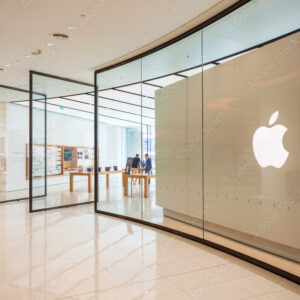 While many people point to Steve Jobs as the ultimate example of the degree-less wunderkind, Tim Cook demonstrates the long-lasting success that a strong business education can promote. The current Apple CEO deserves credit for bringing a long-term view to the company’s leadership, thereby cementing its status as a tech giant. First, however, he was a Fuqua Scholar at Duke University, where he earned his MBA.

After earning his MBA from Harvard, H. Lawrence “Larry” Culp Jr. became the CEO of the Danaher Corporation, followed by General Electric. His passion for MBA education can be seen in his work as a senior lecturer at the Harvard Business School. According to the Wall Street Journal, he is widely regarded as a “model industrial conglomerate.” 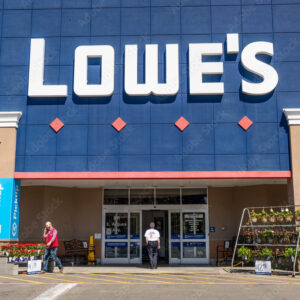 Previously the chairman and CEO of JC Penney, Marvin Ellison currently serves as the CEO of Lowe’s. His rapid ascent in the business world began with obtaining his Executive MBA from the Goizueta Business School at Emory. Just two years later, he took on a leadership role at Home Depot. He explains that his MBA “broadened my thinking, especially in finance and business strategy. It also boosted my credibility with decision-makers within the company.”

Before she was snatched by Kohl’s, Michelle Gass made her mark at Starbucks. There, she was applauded as a bold visionary who was willing to take risks. Interestingly, she studied chemical engineering before she went on to secure her MBA from the University of Washington. At Kohl’s, she hopes to build a “strong purpose-driven culture” while accelerating diversity and inclusion efforts. 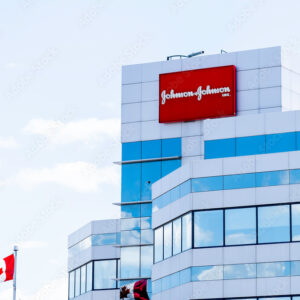 Alex Gorsky’s career track might not look ‘typical’ as compared to other CEOs, but it’s helped him become an impressive leader. He began at West Point and served in the army for several years, gaining a global perspective along the way. This was followed by eight years with Johnson & Johnson, before pursuing graduate education.

Gorsky is thankful to have sought his MBA after starting his career, explaining that it was helpful to “learn things in the classroom and literally apply them in real-time.” He adds, “I don’t think I would be where I am today if it had not been for my MBA experience and for the catalyst it provided to my career at a really important time.”

Ramona Hood provides one of the most inspiring business success stories imaginable. As a single mother, she landed a job as a receptionist in an effort to transition away from retail. Her career took off, and she soon found herself working in the safety department, and later, in operations and marketing.

Hood’s diverse business experience within FedEx Custom Critical was accompanied by an Executive MBA from Case Western Reserve University. Her hard work paid off, and, in 2020, she became the first African American female CEO of a FedEx operating company. 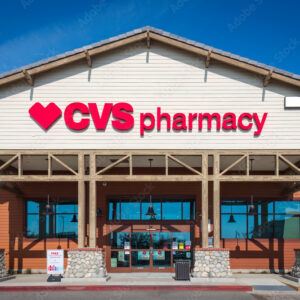 As one of the most powerful figures in the modern health care industry, Karen Lynch originally sought training in accounting before taking on work in the insurance industry and earning her MBA. She honed her executive skills while working for Cigna and Magellan Health Services.

Soon after, she became the first-ever female president of Aetna, which was acquired by CVS. She now leads efforts at CVS to “transform health care to be simpler, more convenient, and more personalized.”

As both the executive chairman and CEO of Microsoft, Satya Nadella embarked on his MBA journey just as he was beginning his career at the tech giant. He committed to a weekend MBA program and commuted by plane for over two years. This extraordinary sacrifice ultimately paid off; Nadella now believes that his MBA granted him the “knowledge and confidence to tackle complex questions at the intersection of business and technology.” 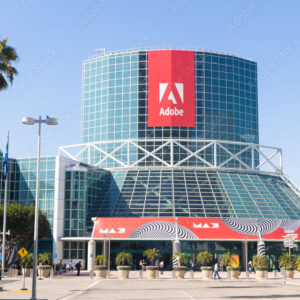 After studying electronics in Hyderabad, India, Shantanu Narayen relocated to the US to complete his education with an MBA from the University of California, Berkeley. During his time as a graduate student, he took classes at night while working for Apple.

Explaining his decision to juggle so much at once, he says, “It was clear I needed to round out some of my entrepreneurial genes with a business education.” This approach was wise; Narayen joined Adobe in 1998 and was appointed CEO in 2005. Since then, he’s earned the Padma Shri Award in Trade & Industry Technology.

Level Up Your Career With an MBA 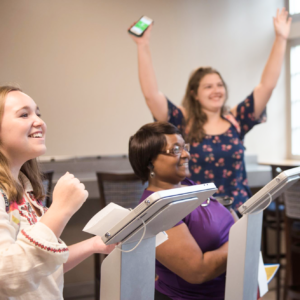 The famous CEOs listed above come from all walks of life, but they share one thing in common: gratitude for their MBAs. This degree gave them the edge needed to make a real difference in a competitive market. It could be your ticket to an impressive career.

For more information on how The University of Tennessee at Chattanooga can help you pursue your career goals, contact us today!