Congratulations to Ethan Hereth for winning the UTC Blue Ribbon Award this month! 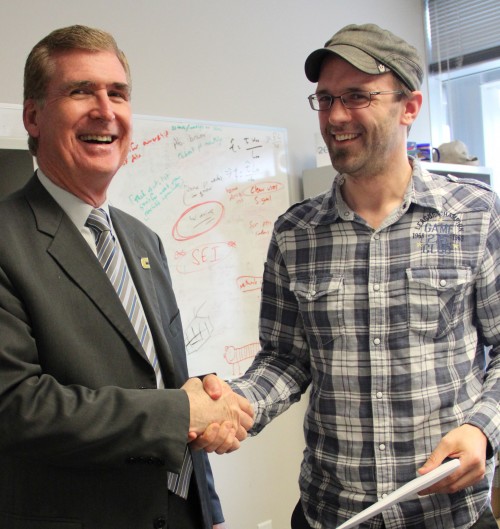 Ethan has been taking on since August 2015 an increasingly demanding workload filling in for Wally Edmondson as the systems administrator for the high-performance computing clusters at the SimCenter. During this period he dealt in very effective ways with vendor interactions necessary during several storage system failures and repairs. His contributions were critically important to maintaining a stable high-performance computing environment so that research at the Center, including numerous graduate research projects could proceed without serious interruptions. In the process he spent weekends, and numerous late evenings working these important tasks so that any serious delays in projects were avoided. As a result, he ended up with some negative impact on maintaining the schedule for his own thesis work. Ethan demonstrated exemplary skill in addressing and solving difficult hardware/software challenges, and showed great poise in effective communications with all parties involved.

We now have an effort underway to recruit a new systems administrator. Thanks to Ethan’s extraordinarily effective work and dedication to the SimCenter program and to UTC, our computer systems are running in a stable and highly productive manner.

In my opinion, Ethan Hereth is fully deserving of a Blue Ribbon Award for special exemplary performance going the extra mile as interim computer systems administrator for the SimCenter, in addition to his normal duties was research associate. 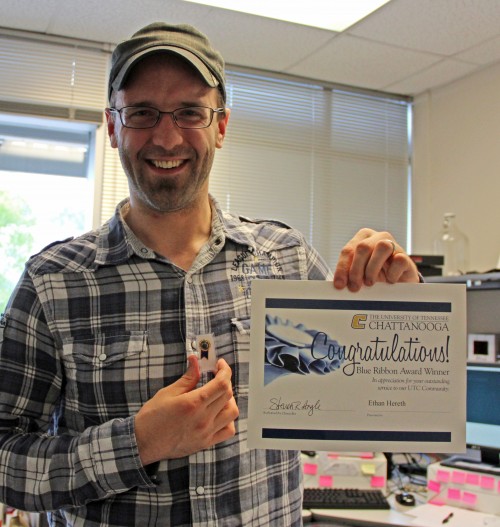 1 Comment » for Congratulations to Ethan Hereth for winning the UTC Blue Ribbon Award this month!