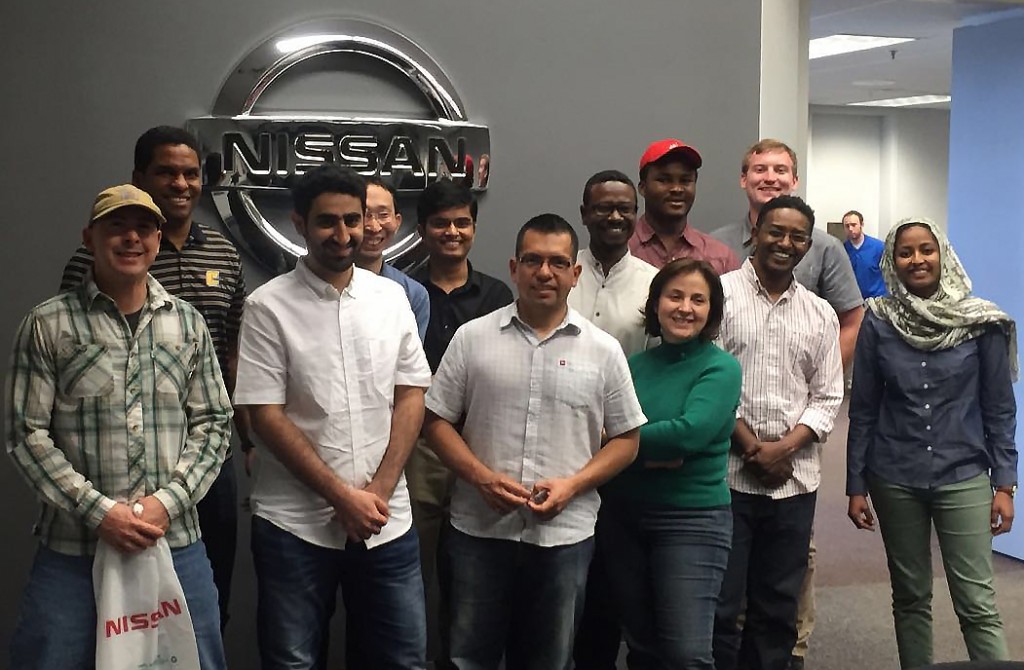 The 5.9 million-square-foot facility “looked like a gigantic engine—the production place was very compact, making very efficient use of space,” remarked Dana Gausch, a graduate student in Engineering Management. “Things were happening on multiple levels,” she said. “While welding, assembly, and other operations were taking place on the main floor, cars were transported above to and from the painting section.” Though she wished to have seen certain processes more closely, she said that it was good to get the big picture of production stages. “It’s very interesting to learn how a car takes shape, from tin foil to the finished product.”

One of four Nissan manufacturing facilities in the U.S., the Smyrna assembly plant opened in 1983 bringing automotive production to Tennessee for the first time. Their website boasts that “the plant has become a force for economic development, creating thousands of well-paying jobs and inspiring other auto companies and suppliers to set up operations in the state.” Since it opened, the plant has produced more than 10,700,000 vehicles. Currently, it employs some 8,400 workers with an annual payroll of over $290 million. Over the 30 years since the facility was built, the plant has grown significantly, becoming a global manufacturer.

The tour was well organized and greatly enjoyed by the group. “It was interesting how the quite long tram that transports visitors makes its way and integrates with the production flow,” noted Gausch. Looking for ways to enhance students’ classroom learning with opportunities to observe engineering functions in practice, Dr. McLean often schedules tours to large-scale manufacturing and distribution facilities. He’ll likely plan another Nissan Smyrna Vehicle Assembly Plant tour in the future, as well as tours to other nearby facilities. “I want to create awareness in our students of large-scale operations around the state and region,” McLean said, “and I hope the organizations we visit, such as Nissan, will see that UTC is interested in serving them.”