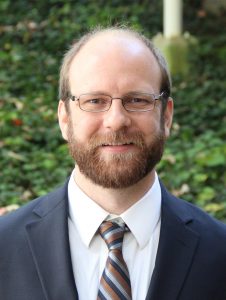 Where are you from?
I was born in August of 1987 to Jerry and Sandra Shoemake and raised in the small town (at the time) of Franklin, Tennessee. I was always interested in technical subjects in school and while attending Centennial High School I decided that I wanted to pursue physics for my bachelors degree. After graduating high school in 2006, I completed my Bachelors of Science in Physics and Applied Mathematics in 2011 at UTC. While at UTC I discovered the SimCenter. The work they were doing looked interesting and I was admitted in the fall of 2011 where I met my wife Kristen Karman. I completed my Master’s degree in Computational Engineering in December of 2013 and then began working on my PhD in the same field. Kristen and I were married in July of 2016. We have two boxers, Reggie and Ella, and a cat named Tycho Pepper Brahe.

What brought you to UTC?While touring college campuses in high school, I decided I liked UTC the most.  The physics department was small enough that I would know my professors and fellow students on a personal level.  While finishing my Bachelor’s degree I realized the university had a world class Computational Engineering department (which no longer exists) on a far corner of the campus.  I was interested in the work they were doing and realized it was being used to solve real world problems so I decided to stay at UTC for my advanced degrees.

What is your educational background?
I took most of the honors math and science courses in high school which set me up well for my Bachelor’s of Science in applied math and physics. Except for a few numerical math courses I was a good candidate for the Computational Engineering Master’s program. At the time of writing my PhD will be conferred in a few weeks.

What research are you working on?
My Master’s research concerned extending the capabilities of a Finite Element SUPG electromagnetics solver to handle multi-port non-radiating geometries.

For my PhD I switched topics to work on the higher-order curvilinear boundary conforming meshing.  This involved applying orthotropic material properties to existing linear-elastic mesh movement technology for the purpose of maintaining boundary layer element quality while deforming a higher-order finite element mesh.

What are your interests and hobbies?
Graduate school has a way of putting hobbies on hold for a few years. After graduation I would like to pick up rock climbing and soccer again. Graduate school has taught me to appreciate programming which I will enjoy learning for years to come.