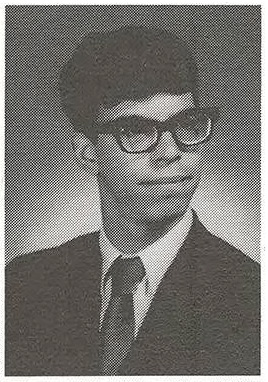 When Daniel Seth Batkin arrived at the University of Chattanooga in 1968 the school and the city were much different places than they are today. Chattanooga’s “urban Renaissance” was more than a decade away and UC was on the cusp of becoming a part of the University of Tennessee system. Yet, with change afoot, it was evident to this newcomer, that the university still very much retained its hometown character, and honored its traditions.

“The Moccasin” that year commemorated UC’s unique character in words and images. The editors included the following in the yearbook’s introduction: “We are not a ‘great university’ yet, but people are beginning to talk about us. People are beginning to realize that there is a university in Chattanooga. Many accomplishments that either have become history or soon will become history are contributing to our new image. And, it’s all done in the name of education.”

More than 50 years have passed since “The Moccasin” touted an emerging “new image” of the university. In that timespan the university has grown from 2,200 to nearly 12,000 students. The campus has been completely transformed while preserving iconic structures such as Patten Chapel, Hooper-Race and Founders Halls, Hunter and Brock Halls, the Guerry Center and Danforth Chapel. And, the iconic brick and stone entrances of the Chamberlain Field stadium have been repurposed as a focal point pavilion.

Batkin, a New Jersey native who has called southern California home for many decades, had a keen appreciation of this commitment to tradition when he arrived in Chattanooga in 1968. But, like many alumni he has monitored the university’s meteoric progress over the decades from afar, and felt a need to give back to the place that played such an integral part in his educational and professional development.

Through a planned estate gift, Batkin has bequeathed $250,000 to create the Daniel S. Batkin Endowed Engineering Scholarship. When Batkin was a student at UC/UTC there was no engineering building; there was no gleaming library; there was no towering dormitory at the west end of campus. This brick and mortar progress—coupled with the traditions of decade’s passed—prompted Batkin to create a gift that will benefit engineering students for generations to come. For Batkin, UTC is a ‘great university,’ and through his generosity and others like him, it will continue to grow and blossom.

Article by Office of Development and Alumni Affairs