Spinning, swirling, sliding and speeding: Student’s machines are a wonder 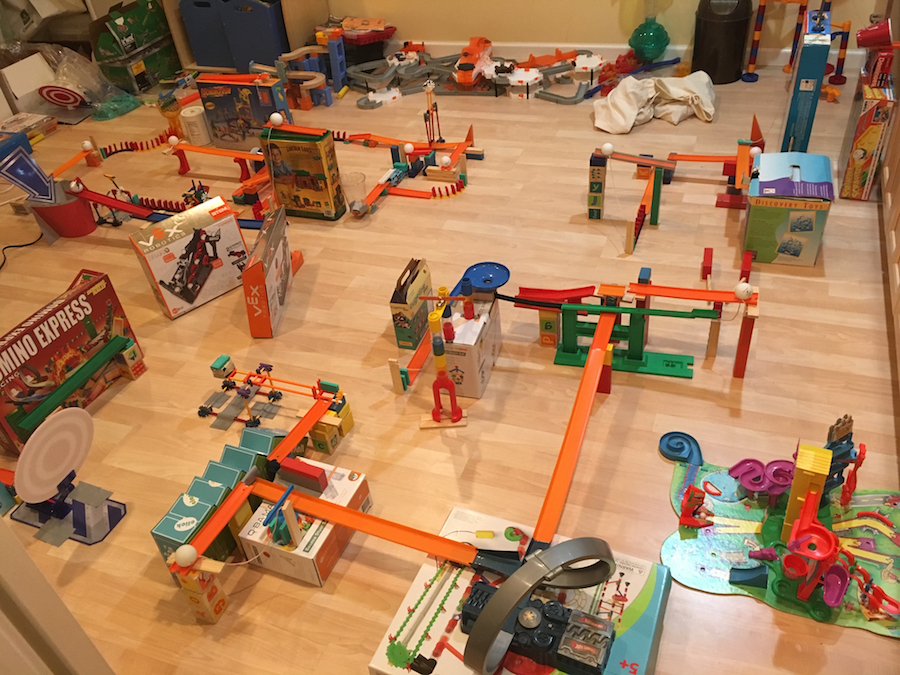 Teddy Solomon built this Rube Goldberg machine in a room specially designated for his creations. 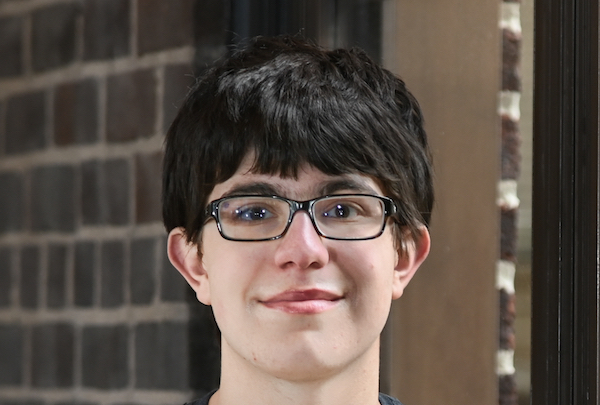 What is a Rube Goldberg machine?
Named after American cartoonist Rube Goldberg (1883-1970), it’s a machine intentionally designed to perform a simple task in an indirect and overly complicated way. Usually, these machines consist of a series of simple unrelated devices; the action of each triggers the initiation of the next, eventually resulting in achieving a stated goal.To watch
To see some of Teddy Solomon’s Rube Goldberg machines in action, go to his YouTube page at teddytron2000.

The ping-pong ball is tapped lightly by a plastic mallet; it rolls onto a track that steers the ball into a gate that whips around and topples a twisting line of dominoes that …

Forget it. The next four minutes and seven seconds are impossible to describe in words. You simply must see it. There are golf balls and metal balls and ping-pong balls that roll and bounce and catapult. There are Hot Wheels tracks and dominoes and targets and toy fire trucks and boxes and tripwires. It all ends with its original goal: flipping a light switch three feet up a wall and illuminating a closet.

A sophomore in computer science and cybersecurity, Solomon is not sure how many Rube Goldberg machines he’s designed at this point. He’s been making them for 10 years. The amount really doesn’t matter, though. The fun is in the making, not the numbers.

“It can usually take me a few months. I build relatively slowly. It takes me a while to think of cool ideas and then figure out how to make them work. I often have to scrap ideas.,” says Solomon, who has Asperger’s syndrome and is in the UTC Mosaic program, which helps students on the autism spectrum adjust to college life and addresses any needs they may have.

When a machine works, Solomon videos it in action, then posts the video to his YouTube site: teddytron2000. At this point, he has more than 1,000 subscribers who regularly watch his work.

“I like to upload the videos to YouTube and see what the community has to say about them,” he says.

Mary-Elizabeth Goodman, his coach at Mosaic, calls him “amazingly creative and a hard worker.”

“He pushes himself and is always up to being challenged. Even when things get tough, he pushes through and never gives up. His persistent personality is something to be admired, and I am so proud to know him.”

Constructing Rube Goldberg machines can be trial and error, she says, and Solomon’s never-say-die attitude never flags even when things get frustrating.

Solomon started building Rube Goldberg machines when he was nine after he saw a similar machine—a rolling ball sculpture with metal rails and balls zipping along them—on a family vacation. Once they were home, his father showed him a YouTube video of a Rube Goldberg machine and Solomon’s fascination took off.

“From there I just checked out a bunch of other Rube Goldberg videos,” he says. “The first few I built with help from my younger brother and my dad.”

While his machines can take weeks to build, they don’t always last very long because he cannibalizes them to make new machines.

“I can’t leave machines up because I need materials to start another one,” he explains.