The Associated Schools of Construction Region 2 Student Competition 2021 has concluded. The UTC Student Construction Competition Team finish in 4th in ranking with only fractions of points separating 1st and 4th. The team participated in the Commercial Division. The ASC Region 2 Competition this year was a virtual challenge competition, which meant the teams from each University stayed on their campuses and communicated only by daily “touch-point” phone calls, email, and zoom meetings.

The commercial category included problem solving of a 15,000 square feet interior buildout of a completely new law firm space on the 15th floor of an existing high-rise office building. The law firm wanted all high-end interior finishes according to plans given each team. The project was an actual project that was recently completed in downtown Atlanta. Some of the problems where only one elevator was available for construction crews and supplies, and 13 other interior construction projects were simultaneously going on in the same building. The porcelain tile was to be imported from Italy and would be delayed. The project only had a two-month schedule. The team had to put together an estimate, safety plan, project schedule, and logistics plan for the project located in busy downtown Atlanta. The project was given to the UTC Competition Team on a Friday with a project proposal due on Tuesday morning and a virtual team PowerPoint presentation Wednesday morning in front of the panel of judges. The categories were commercial, design build, heavy civil, concrete, risk and finance. The other Universities in the competition were Florida, Auburn, Clemson, Virginia Tech, Kennesaw State, North Carolina at Charlotte, Western Carolina, among others.

Ten of the largest construction companies in the Southeastern U.S. sponsored the competition. During the competition, the students from each University uploaded their resumes to the sponsors. The UTC Student Construction Competition Team represented UTC admirably and professionally under pressure of time and project issues during the virtual challenge and the UTC Team solved each problem successfully presented to them. They worked over 40 hours on the project. This included Valentine’s weekend. Normally, the project would require over 80 hours to complete the proposal. Their dedication and hard work were exemplary as they represented UTC. The UTC Student Construction Competition Team 2021 members are: Gavin Chambers, Bradley Whymer, Jordan Fryer, Corbin Brookbanks, Zach Fain. Special thanks to Dr. Pack and Dr. Nasab for their continued support for the UTC Student Construction Competition Team. 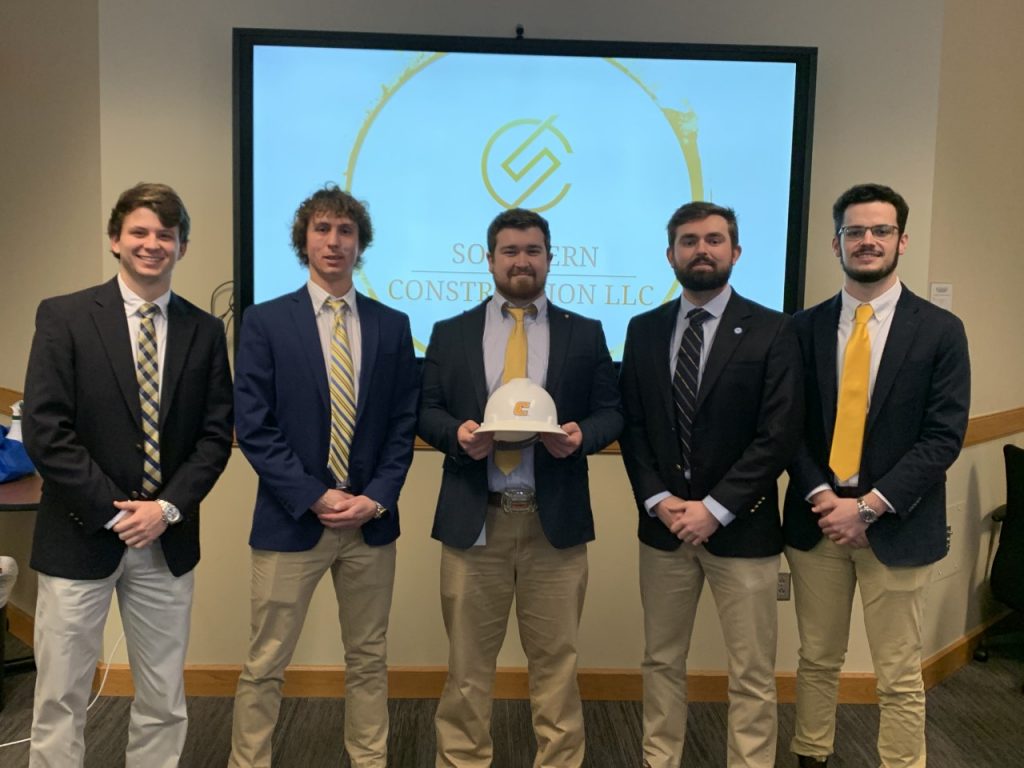 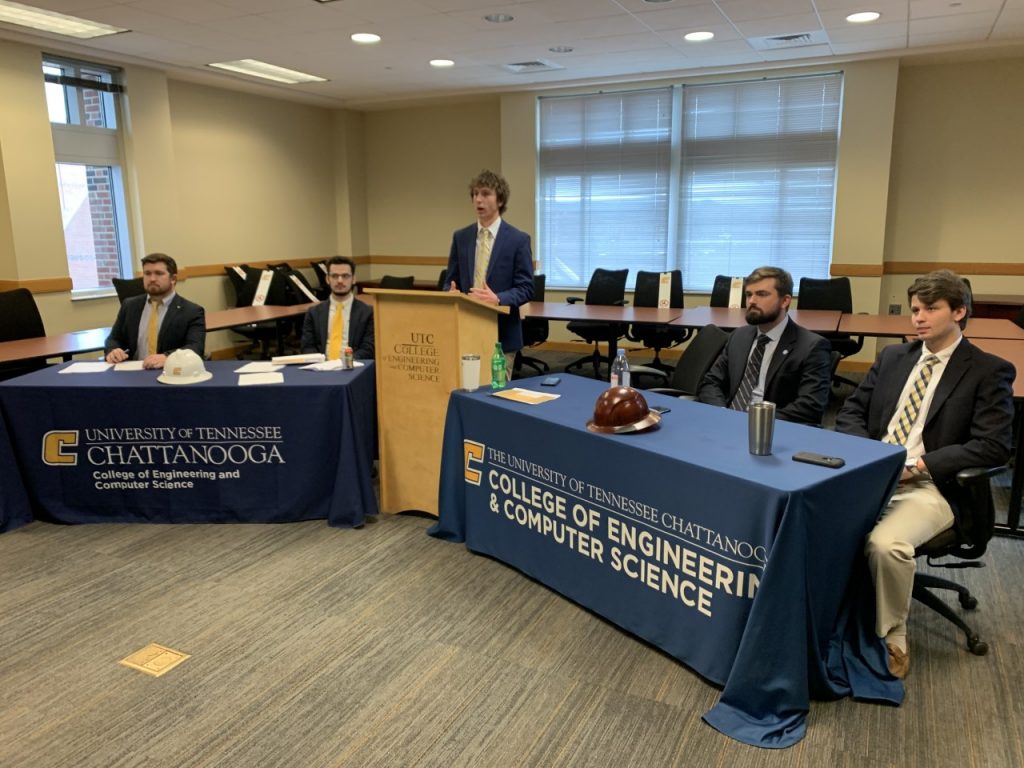