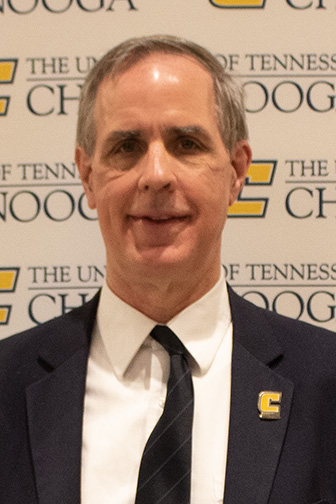 Born north of Chicago, IL, Don’s family made the decision to move the family’s pile driving equipment business to Chattanooga in 1960. After time in Palm Beach, FL, and Texas, they returned to Chattanooga in 1978. Married in 1983, Don and his wife Judy just celebrated their thirty-eighth anniversary on New Year’s Eve.

What was your first job?
DW: I worked in the family business office doing odd jobs.

What would you like us to know about the industry that we may not know or think of?
DW: My family was involved in making pile driving equipment from the 1880’s onward. I am still active in the design and application of this type of equipment.

What has been your favorite thing about your career so far?
DW: I’ve actually had three careers! First the family business, then I worked for the Church of God, and now in academia at UTC. So there’s plenty of variety.

What do you like doing in your spare time?
DW: I have a fairly significant online presence with websites, a YouTube channel, etc. Some of the sites relate to the engineering topics I teach in my courses and the channel was very useful for putting labs and lectures online during COVID. My biggest hobby is keeping old computers running. We also enjoy travel; last May, we visited Charleston, SC, and saw among other things the Provost Dungeon. We are also active in our church which is full of educators.

What’s one thing about you that surprises people?
DW: What an internationalist I tend to be. We live in a small world; for me, monocultural life is not an option.

Are you a sports fan?
DW: I only support college teams from whence I have a diploma, i.e. this one and Texas A&M. I am a golfer, albeit not a very good one.

What’s the coolest or most interesting thing you’ve either worked on in the past or are working on right now?
DW: In 2002 I put together a PowerPoint/music video for the Church of God Chaplains Commission to honor our chaplains’ response to 9/11. Many of them were in the room when it was shown, their response was moving. It was my first multimedia production, which led to the course videos I prepared for COVID.

What is your proudest accomplishment?
DW: Getting my PhD in 2016. As W.H. Auden said about the Lord of the Rings, at the end of the quest, victory. Got to know some great people. Kudos to Dr. James C. Newman III for getting us to the finish line.

For what are you most grateful today?
DW: God has given me a good life, I am thankful for it.

What’s the most daring thing you’ve ever done?
DW: In 1981, I went to China to sell some of our pile driving equipment to what is now CNOOC. We were up against Japanese competition but were successful, selling more two years later.

What is one of your favorite restaurants in the Chattanooga area?
DW: When I was teaching in the SimCenter, I introduced my students to Uncle Larry’s, and that’s still a favorite. Also the Feed Table and Carrabba’s.

What are some of the apps you use most often on your phone or apps that you’ve discovered are pretty neat?
DW: I use WordPress and DuckDuckGo very heavily. I also use screen capture software for my videos, better than using the phone to take a physical picture of the screen.

What advice would you give to someone in their 20s?
DW: There’s a lot of pressure to go along with the conventional wisdom these days. Don’t. Dig into things and think them through.