Tim Maloney has been a UTC Computer Science adjunct teacher since 1993. This year marks his 30th year with us! Prior to UTC, Tim worked as an adjunct teacher at Pellissippi State near Knoxville for six years. Let’s learn more about him. 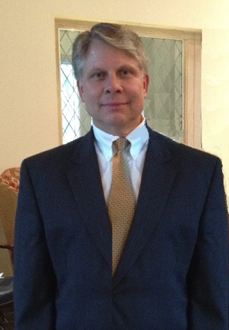 What was your first job?
TM: Working as a bagger at a small grocery store then later promoted to cashier. I bought my first car (a 1972 Camaro) working at that store.

Your career with TVA lasted over 34 years. Can you share some stories of your time there and any advice you have for our students as they look towards their future?
TM: I have many fond memories working at TVA, starting out first as a computer programmer (now called Software Engineer) programming mostly in the COBOL programming platform run on an IBM mainframe. There was a huge transformation in technology that we all had to learn as we moved to decentralized personal computers tied to a network. I later worked as a Software Quality Assurance Specialist and then into Software Application Management in various areas supervising over 25 employees. I must say my time as a Software Engineer was my most enjoyable. Programming is self-motivating and self-rewarding. You get a great feeling when you accomplish even a small part of a big project. You don’t need a pat on the back from you supervisor when you successfully create or fix something that wasn’t there before. And then knowing that you are going to make life much easier for your end-user(s) is always a good feeling. I have always enjoyed sharing my computer science experience with my students and I think that is an advantage over someone who just transfers knowledge from a book — I have actually done it!!

What prompted you to become an Independent Contractor/Consultant and what do you like best about it?
TM: After I took an early retirement from TVA as a manager, I went back to programming and realized how much I missed it. I had to do some catching up on the latest technology, but I always like a challenge. In addition to teaching at UTC, I have worked from home, programming, and so I stay busy.

What has been your favorite thing about your career so far?
TM: I just love teaching Computer Science and sharing my experiences relevant to the covered material. Also, a very appreciated time at UTC was in 1995 when I was awarded the Best Adjunct Faculty Award for outstanding service to the computer science instructional program.

Where have you lived?
TM: My father was in the Navy, stationed near Houston, Texas where he met my mother. When he left the Navy he went into Life Insurance moving to La Mesa, California, where I was born (after my older sister and brother). Dad was always willing to take the next promotion, no matter where it was, and so we moved around a lot. From La Mesa, we moved to Houston, Texas; Littleton, Colorado; Kailua, Hawaii (island of Oahu) and finally Nashville, Tennessee. Obviously, there are many fond memories of living in Hawaii. My older brother moved back there, so we try to visit him (and the island) often. Since my graduation from UTK, my family has lived in Knoxville, TN, and then moved to Chattanooga in 1993.

Tell us about your family.
TM: My wife, Sara, and I will celebrate our 40th anniversary in November. We have three adult children: Adrienne, Jason and Jordan. All three are very successful and share the same hard-working ethics as their parents. Adrienne in Nashville has a law degree and a Real Estate license; Jason graduated with a Biological Engineering degree, has a Principle Engineering (PE) license and works as a supervisor in Metairie, LA at an engineering materials testing laboratory; Jordan (also in Nashville) has a masters in Accounting (MAC) degree that he is proud to have obtained at UTC and works for the State as an auditor in the Comptroller office. We are very proud of all of them. Adrienne and husband Ryan have provided us with two wonderful grandsons, Weston and Campbell, whom we adore. Jason and wife Jessica have provided us with another wonderful grandson, Collin, and another grandson on the way!!

What do you like doing in your spare time?
TM: Playing golf and doing handyman work around the house.

What is one of your favorite restaurants in the Chattanooga area?
TM: I like Edley’s Bar-B-Que, Southern Star and El Metate Mexican restaurant on Signal Mountain.

What’s one thing about you that surprises people?
TM: That I used to live in Hawaii and walked to the beach every day less than a mile away.

Are you a sports fan?
TM: I have a Computer Science BA degree and a Masters in Business Administration (MBA) degree, both from UTK. I am a Volunteer fan, and of course, a UTC Mocs and Titans fan.

What’s the coolest or most interesting thing you’ve either worked on in the past or are working on right now?
TM: At TVA, I revamped to working condition the Automated Curtailment Telephone System (ACTS) that was used to notify commercial and industrial high-energy demand customers of conditions that may require them to shut down (curtail) their operations. TVA must be able to curtail the availability of surplus power when conditions make it necessary, i.e. when demand is near TVA’s generating peak and purchasing power is not feasible/available. By contracting for lower power rates, the industrial and commercial customers accept the inconvenience of occasional power curtailments. ACTS quickly notifies the selected customers and informs them of the condition that can include curtailment warnings (indicating conditions are such that curtailments may be necessary), system tests (whereby test calls are made to the customers) and then actual curtailment and restoration calls. ACTS utilized six T1 lines with 24 outgoing phone lines such that 144 customers could be called simultaneously. It was both exciting and sometimes scary to be involved in an application that is/was so important to TVA’s power system as well as their bottom line.

What is your proudest accomplishment?
TM: Being a father and husband.

For what are you most grateful today?
TM: Being appreciated at UTC and having a wonderful family, including an extended family of grandkids, brothers, sisters, nieces, nephews, in-laws and cousins that, believe it or not, all get along!

Thank you, Tim, for your continued commitment to teaching and dedication to CECS!