Catalpa: A Magazine For The People, By The People

UTC’s students and faculty create a number of publications for the benefit of other students and faculty. The University Echo student newspaper and the Sequoya Review Literary and Arts Magazine are two examples of excellent student-driven publications that teach students the ins and outs of publishing and writing and allow students to submit their own work for their peers to read. In the spring of this year, the English Department published the first edition of Catalpa, an annual magazine focused on highlighting the South as “the sum of its voices—the weird and wonderful, polite and profane.”

The magazine is created entirely by UTC English graduate students advised by Dr. Rebecca Jones—last year, all writing, design, and publishing was done by these students to create both an online publication and a physical magazine. 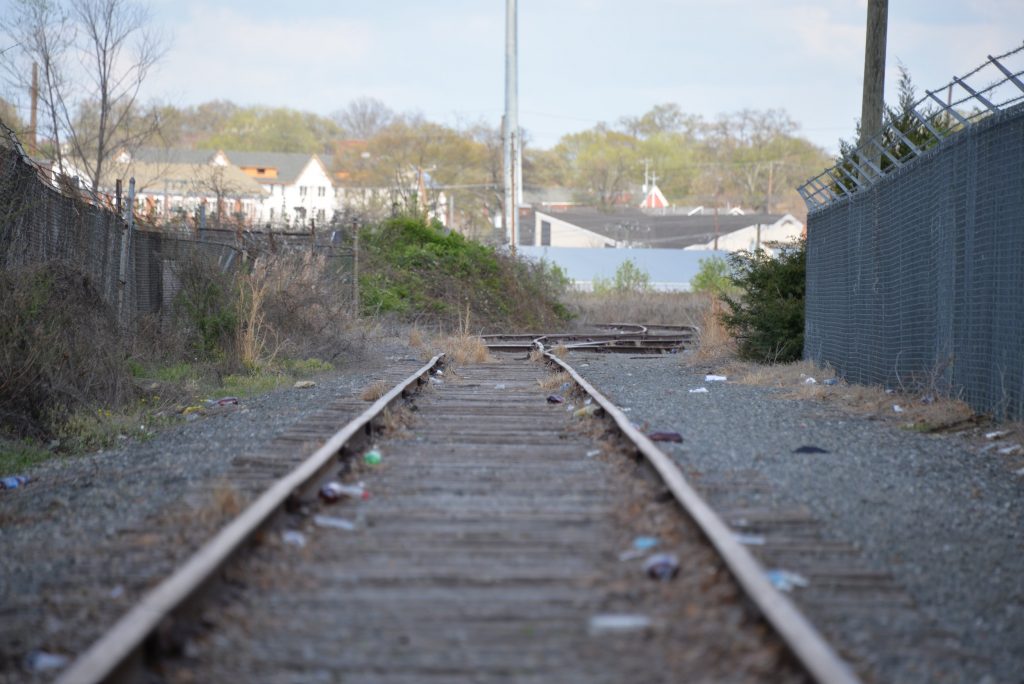 Can you tell me about your educational background and how you came to join the English Department? And have you always been interested in writing?

English is something I’m naturally drawn to. I’ve never had much of a brain for math or the sciences, but I love reading and thinking about other people’s words. I received my undergraduate degree in Modern and Contemporary Humanities, just up the road in Cleveland, Tennessee. Pursuing a Masters in English is technically my first true foray into the field, though there is overlap in content and method between the Humanities and English. As for writing, that’s sort of a new interest for me, at least in terms of producing pieces of writing for an audience outside of academia. It was born out of necessity for the first issue of the magazine and it stuck.

Why did you decide to pursue graduate study? What is your ultimate goal as a student of English and a professional?

I think, for me, graduate school was always in the forecast. The major push to apply came as I continually meeting resistance trying to get work as a freelance copyeditor. Granted, it’s a tough field, but I saw that I would have more mobility and be more desirable if I possessed a master’s degree. Now, I’m not as dead-set on pursuing a career as an editor—though I do love it. I would really enjoy teaching, and the small freedoms an academic calendar allows for are certainly a bonus. 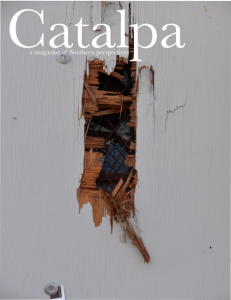 Tell me a little about Catalpa. Who is your intended audience? What is your ultimate vision for Catalpa? What specific role do you play in the magazine’s design and publication?

Catalpa is a magazine put out by graduate students in the University of Tennessee’s English Department. The idea is to craft a magazine whose roots are not only in the South (which we recognize can be a fraught term in today’s social and political climate), but more specifically in Chattanooga. Since this is our mission, so to speak, we are particularly interested in writing about out, and telling the stories of, our community. I think that translates to us pursuing a fairly wide audience—we feel that Chattanooga is the sum of its voices.

I am the current editor for the magazine, so it is my responsibility to provide direction for the project and divvy up tasks. I also work on getting the word out, corresponding with those who submit, and making sure contributors are kept in the loop. Ultimately, all we want is to have a fully staffed magazine with an inbox full of really great submissions and pitches. As long as we reach that goal, we can continue to publish great work. It takes time to get the word out, but I think we can pull it off.

Did you and the staff of Catalpa have any particular influences? That is to say, did you model it after another publication that has similar goals?

There are so many great magazines out there from which to draw inspiration. While brainstorming Catalpa, we looked at the types of stories magazines like Bitter Southerner, Oxford American, and Orion were publishing. We took special care not to copy those publications outright, but we felt that Chattanooga was a city in which something similar could work.

As I understand it, Catalpa was the product of the Fall 2016-Spring 2017 semesters. Did you have experience prior to your work on Catalpa doing research, writing, and designing everything yourselves?

Not particularly. For many of us, the inaugural issue was a first pass at creating something like this. The class had been workshopped the previous year, so we weren’t completely in the dark, but the final product as it exists is something born from those two semesters. A number of us had little experience with programs like the Adobe creative suite prior to Catalpa, which was a bit daunting. Despite our general lack of experience, Adrienne, the previous editor, and Danny, the design editor, put in a considerable amount of work to help guide our team through. 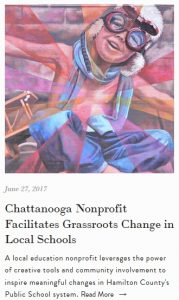 Among the content submitted to Catalpa are profiles, which focus on a particular group of individual.

What challenges did you face creating a magazine from scratch? What would you say was the most challenging for you personally? For the staff as a whole?

Deadlines are tricky. For us, and for contributing writers/artists. I think that, coupled with our newness in a process like this, was one of the most challenging parts. Basically, our design team was learning this massively complex program under the pressure of getting the magazine out by May. Talk about trial by fire. For the editorial staff, we had to wrestle with some big issues—race being the one at the forefront—and figure out the best way to include pieces that dealt with them. I think that personally, the most challenging thing was believing we would pull it off and it would be good. And that’s not due to the quality of work we received, or the work we put in. Essentially, it was just this thought of, “We think this thing is really great, and hope others do, too.

What makes Catalpa different from other university publications?

Sequoya Review and the University Echo are great. Effectively, Catalpa is trying to work around other university publications to find where we can bridge gaps. With so much good work coming from campus, we chose to reach out into the community for stories that readers can invest in and ruminate on. We’re also interested in slightly different genres than some of the other campus publications; we like narrative and expository essays, creative nonfiction, photo essays, and ephemera.

Finally, what advice would you give to others who are just graduating and looking to start work on their own publications? What have you learned during your experience working on Catalpa that you think everyone should know?

I think it’s important to take any project you might be working on seriously, but try not to get too overwhelmed. The cliché to take things in stride and figure out solutions holds true. If it seems daunting, it’s because it is, but it is also really rewarding. So try not to panic (too much). Also, reach out to your friends for contributions and help—it’s possible to go it alone, but it’s way more fun with a team.

Catalpa is accepting submissions until December 15. Email submissions, along with your name and the genre of your submission or pitch, to catalpamag@gmail.com. We encourage you to look at their content from the previous semester and submit anything you’ve written for consideration!