A Different Side of Europe 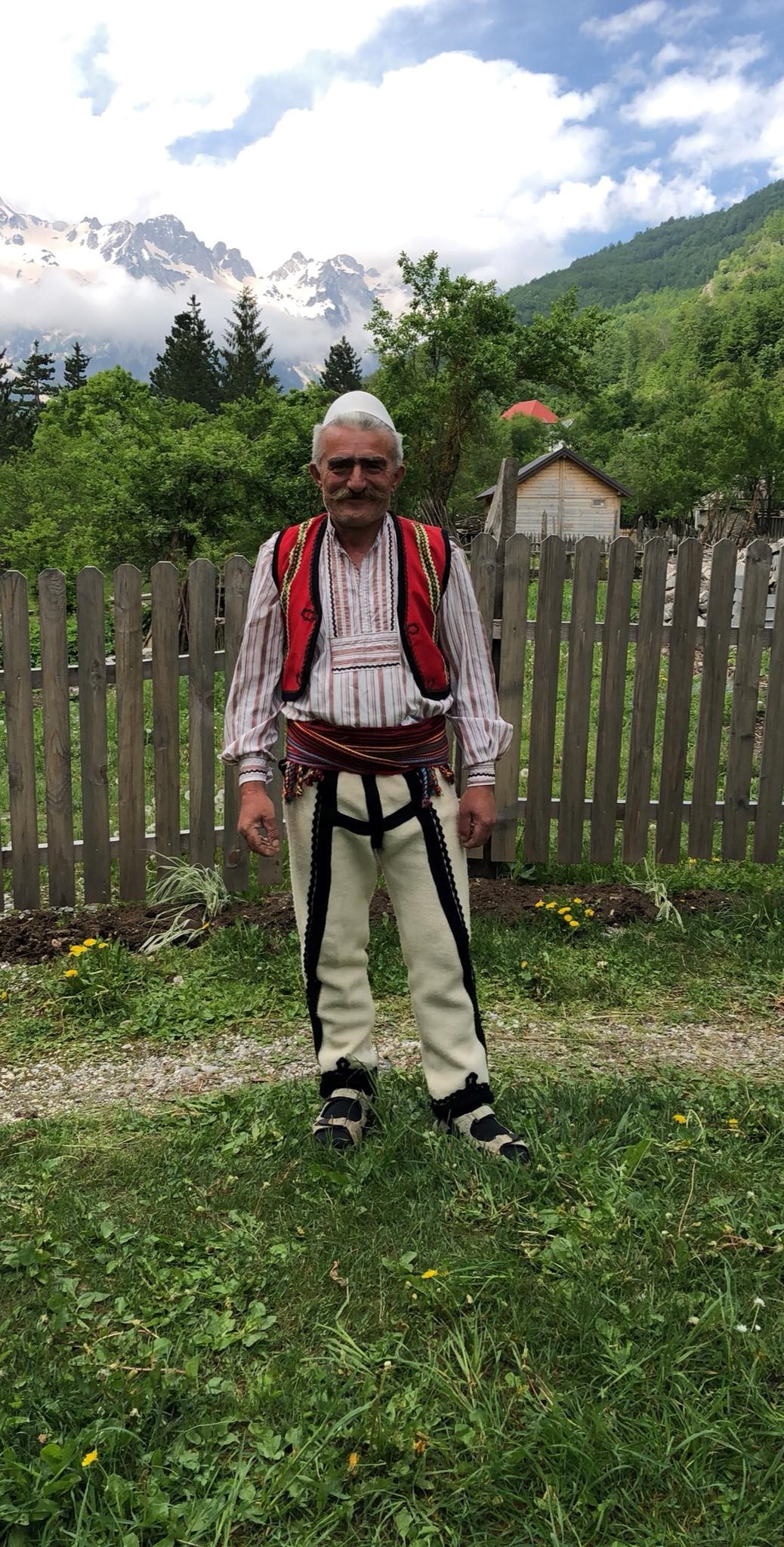 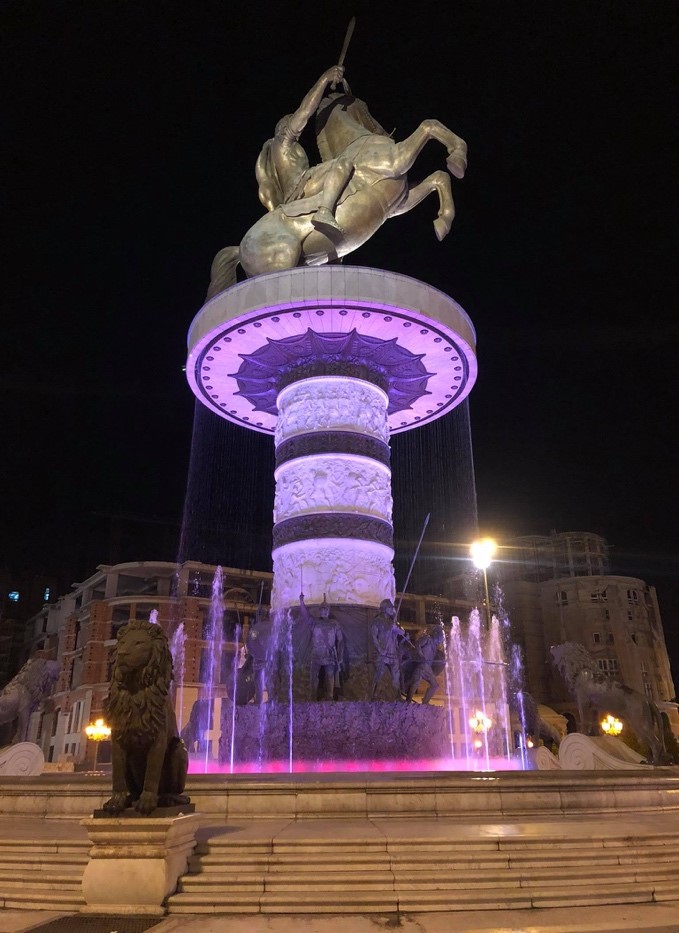 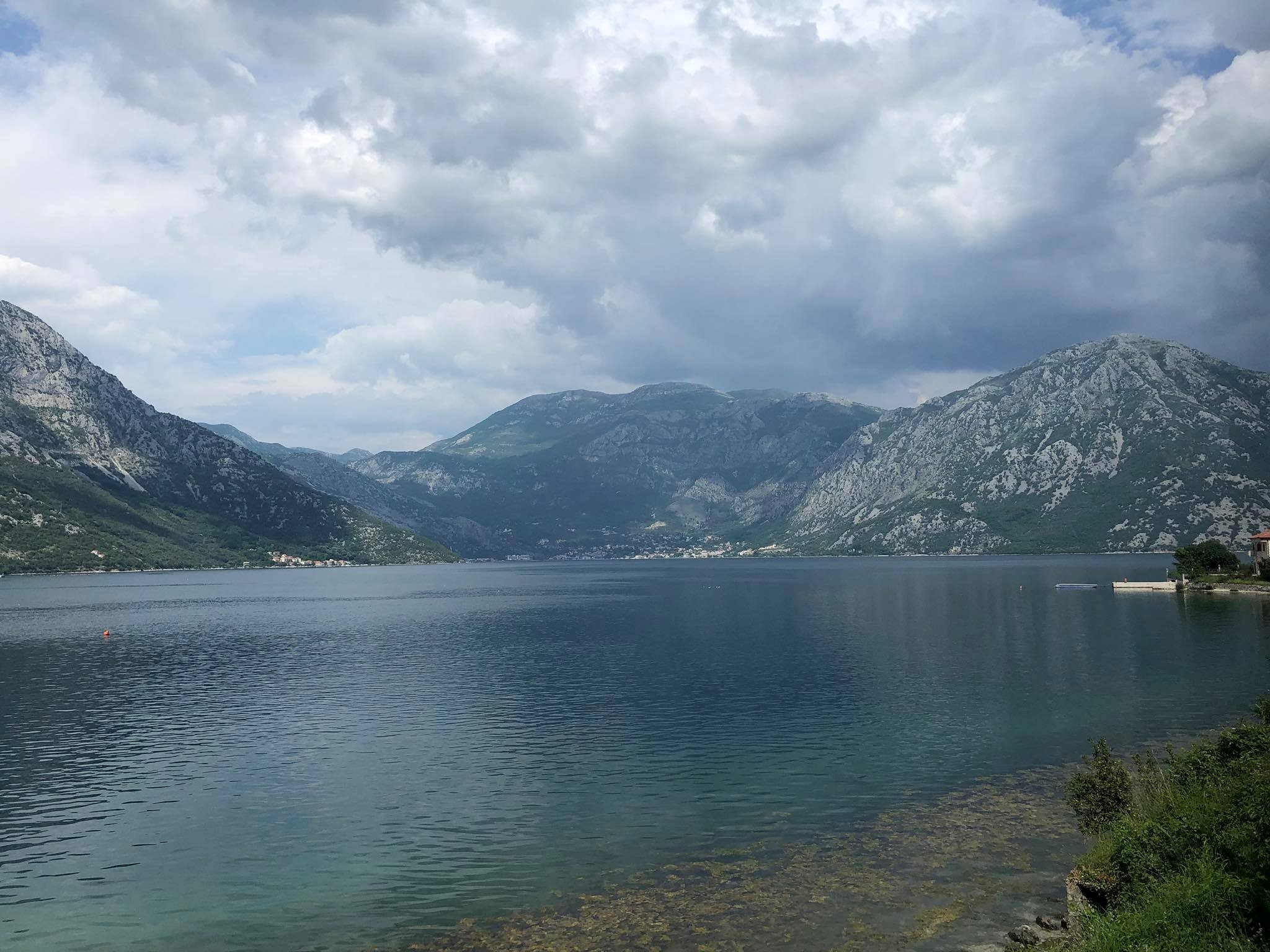 I feel as if when someone says they are going to Europe, people automatically picture Italy, France, Spain, United Kingdom, or Germany. They automatically just picture what they have seen on television or read about on the internet. Though, I would love to travel to these places, and I am sure they are beautiful, I got to experience a different side of Europe that is not thought about as often. I was fortunate enough to visit The Balkans, in particular: Croatia, Montenegro, Macedonia, Kosovo, and Albania. Here in some of the places, I got to experience the not-so-glamorous part of Europe. While you would think they have the best of both worlds, clear waters and beautiful mountain ranges, some of the countries are going through a time of government corruption, and the people are quite poor. We went through a couple of the poorer cities, which were crowded with people and locally owned shops. We also went to bigger cities, that were more developed and wealthy. It was so crazy getting to see how different each of these countries were. Unfortunately, we were only in a city for about one day and night. We traveled often, on a bus each day moving to a different city or country. I did travel up 2 days before and stayed one day later than the trip period. 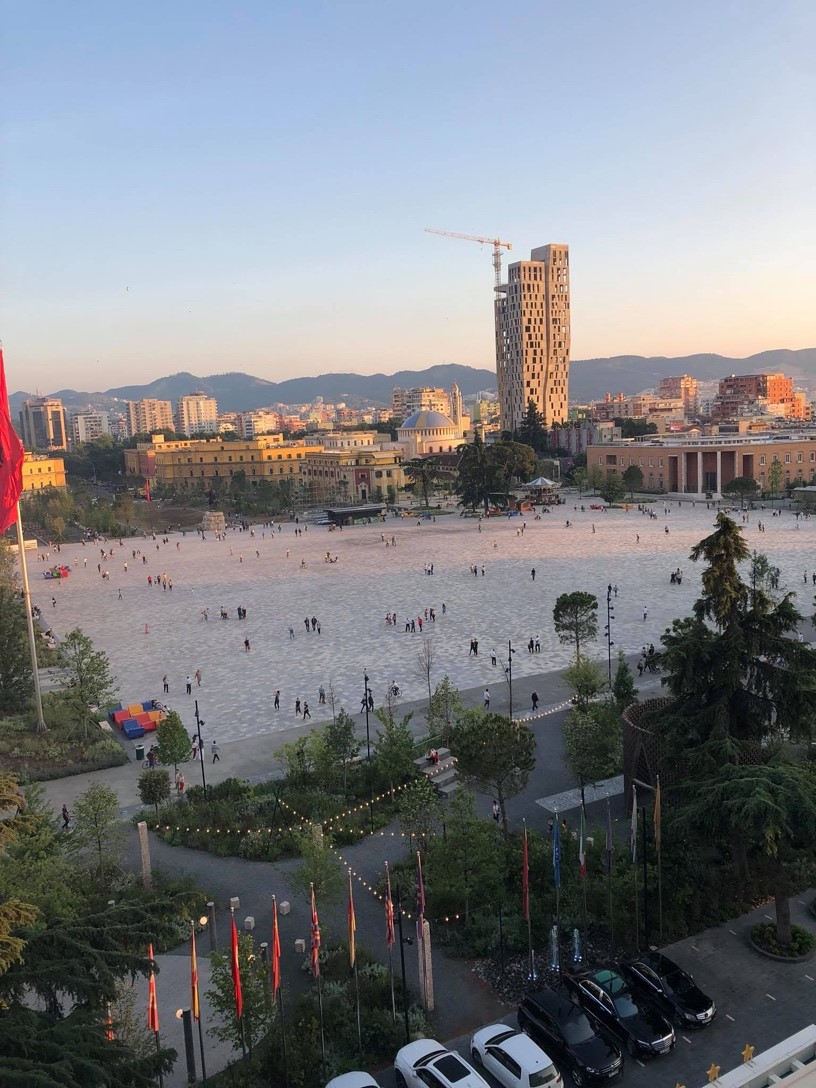 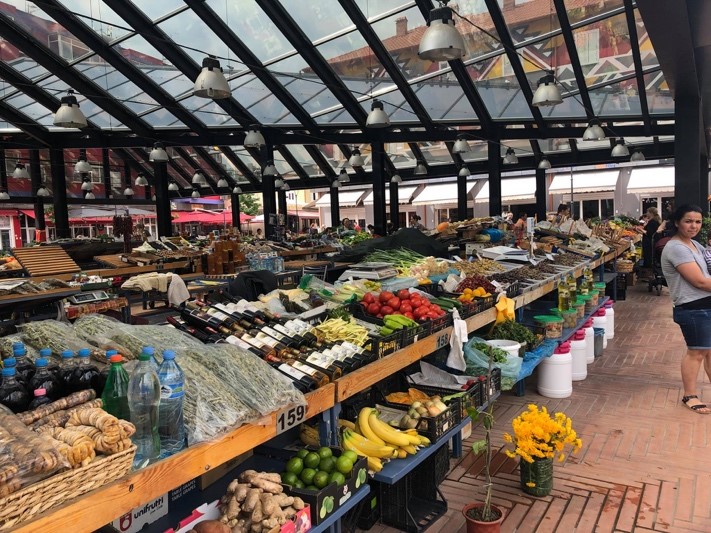 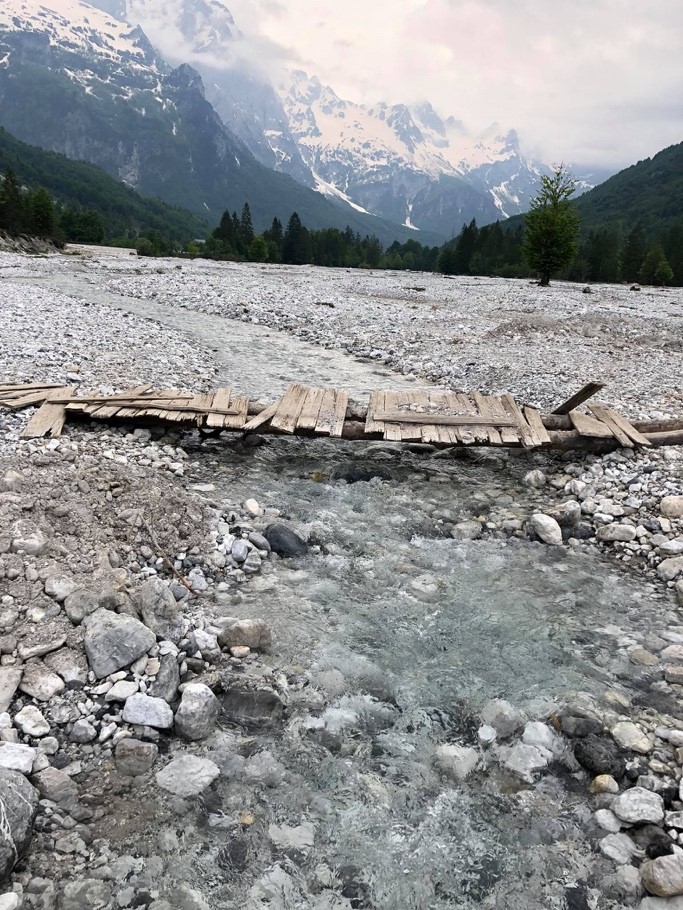 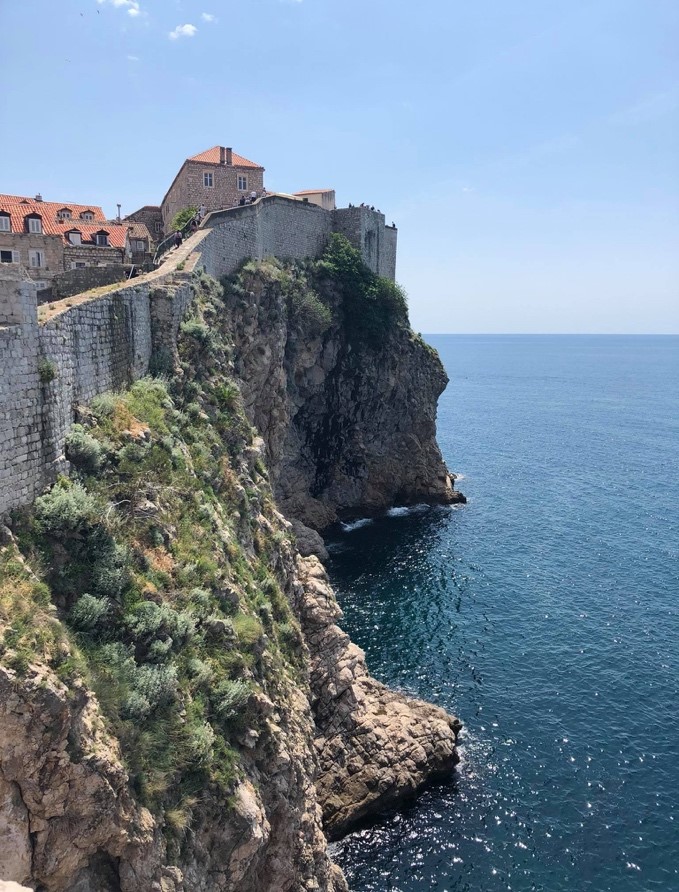 I was in Croatia for the extra two days. It was very touristy. I feel as if they outnumber the locals, who seemed to only be around if they were working. The views though, those are what won me over. The water was crystal clear and the architecture was so historic. Montenegro was filled with beautiful mountain ranges and lots of water. We were fortunate enough to get to stay on the water and be able to walk and shop along the coast. We got to see two sides of Macedonia. One part was the capital, which was this beautiful city. This is what I had assumed Europe would look like. The second side was along the lake with a bunch of hotels and restaurants. Once again, we got to stay at a hotel right by the water, which was nice. We were only in Kosovo for one day, simply traveling through. We got to stop and eat lunch in the city though. Here, it was super crowded. Everyone was sitting outside eating lunch or walking around shopping. The streets were filled with school children who were very eager to chat with us. We got to see two different sides of Albania as well. I also got to spend one extra night here. First, we got to stay in between mountains in a guest house. It was chilly and perfect. Gorgeous views and wonderful food. To me, it felt as if you were getting to stay in a cabin somewhere in the mountains here in Tennessee, only 100 times more beautiful. Second, we got to stay in the capital, which was a large city. We did a lot of exploring and shopping here. There were a lot of people, a lot of shops, and a lot of restaurants.

As a whole, I am happy I chose the trip to The Balkans. I thought it would be more intriguing traveling to four countries (even though we made it to a fifth), versus staying in one. It is definitely an area I would like to go back to, but travel to the surrounding countries we did not get a chance to see.

Jordan Lehman is majoring in Human Resource Management. She participated in a faculty-led trip to the Balkans through the College of Business in May, 2018. Jordan believes the following quote by Gustav Flaubert best reflects her study abroad experience, “Travel makes one modest. You see what a tiny place you occupy in the world.”