The Italian Language is Kind of Like Spanish, but Not Really 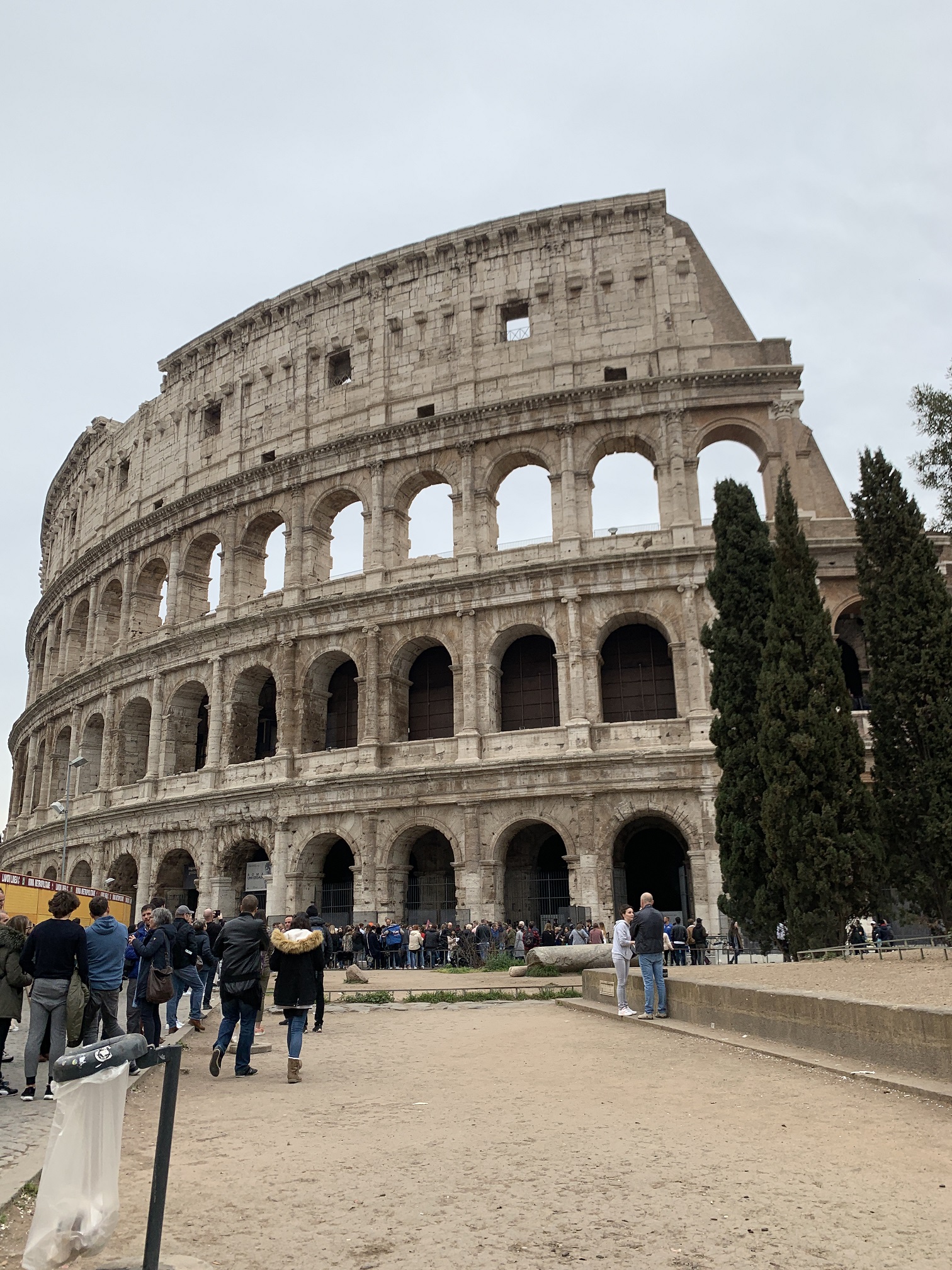 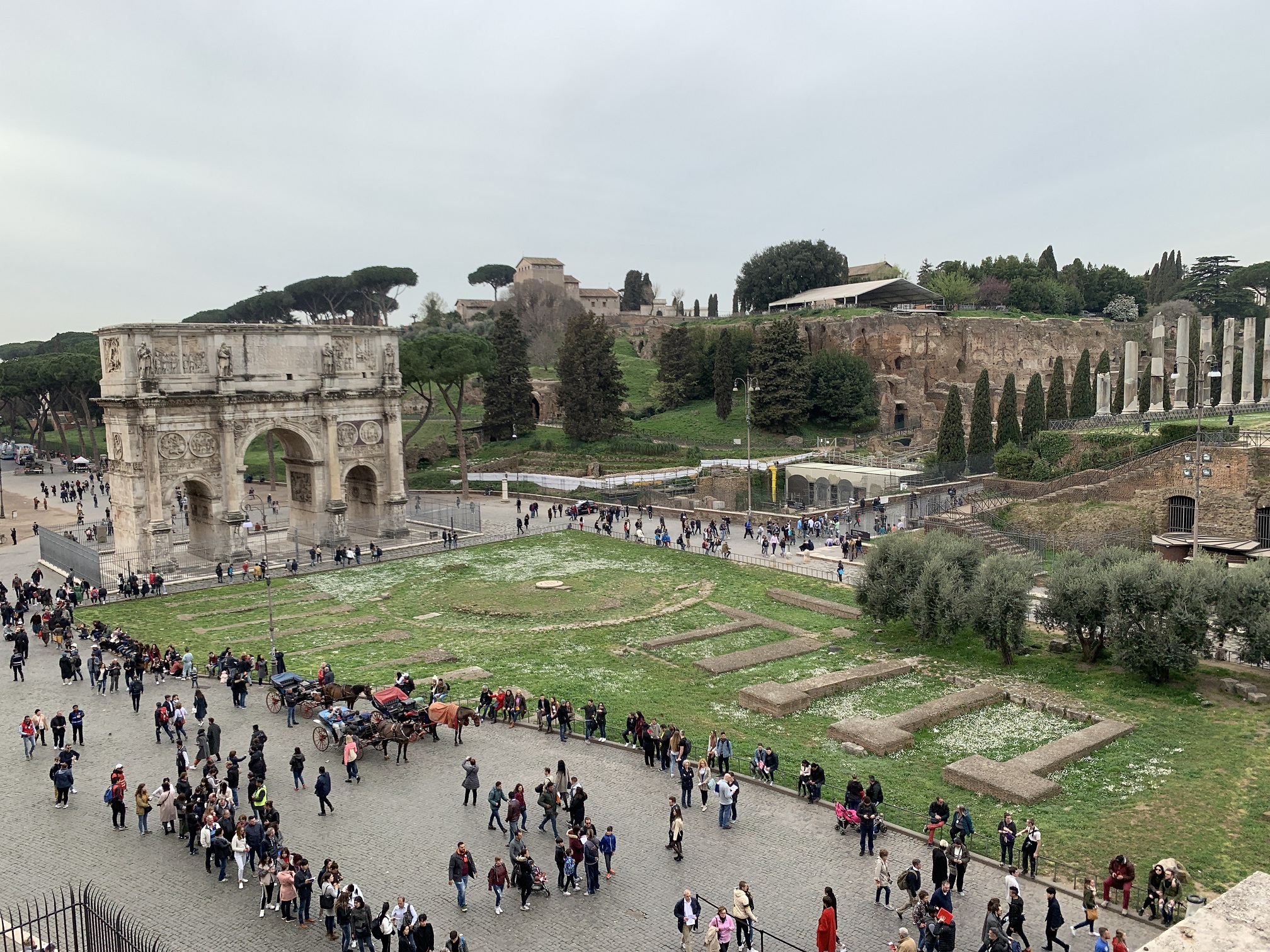 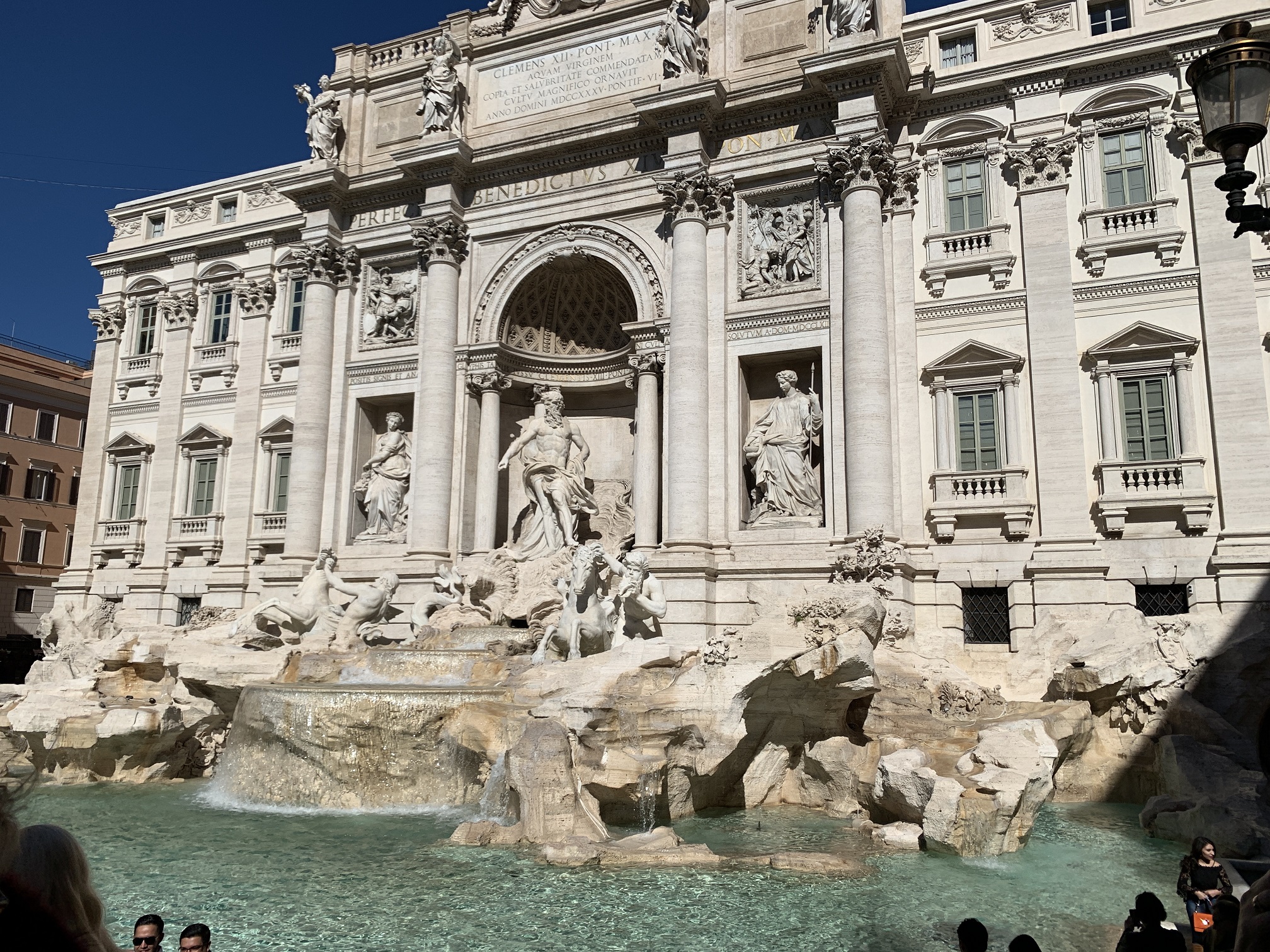 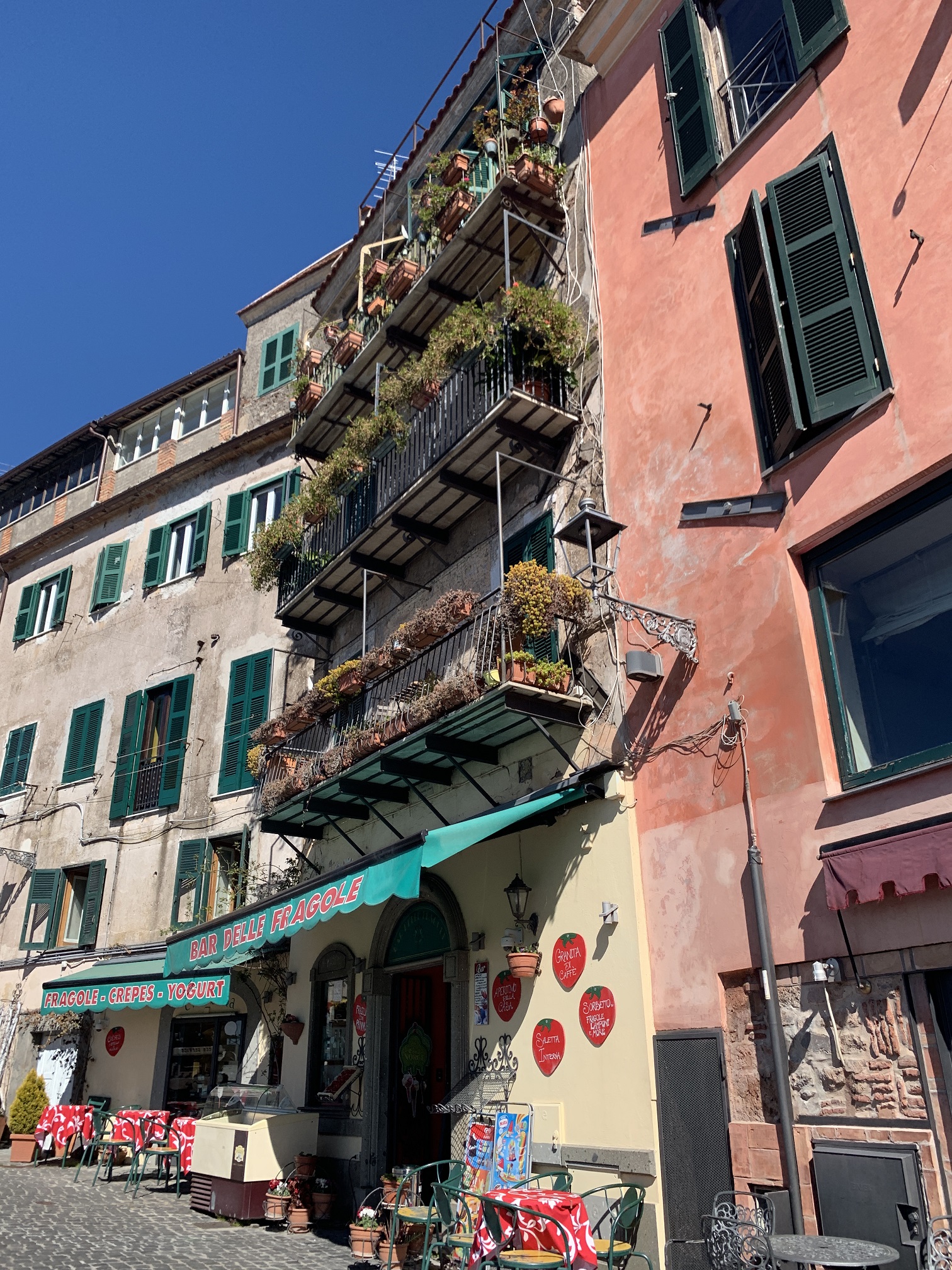 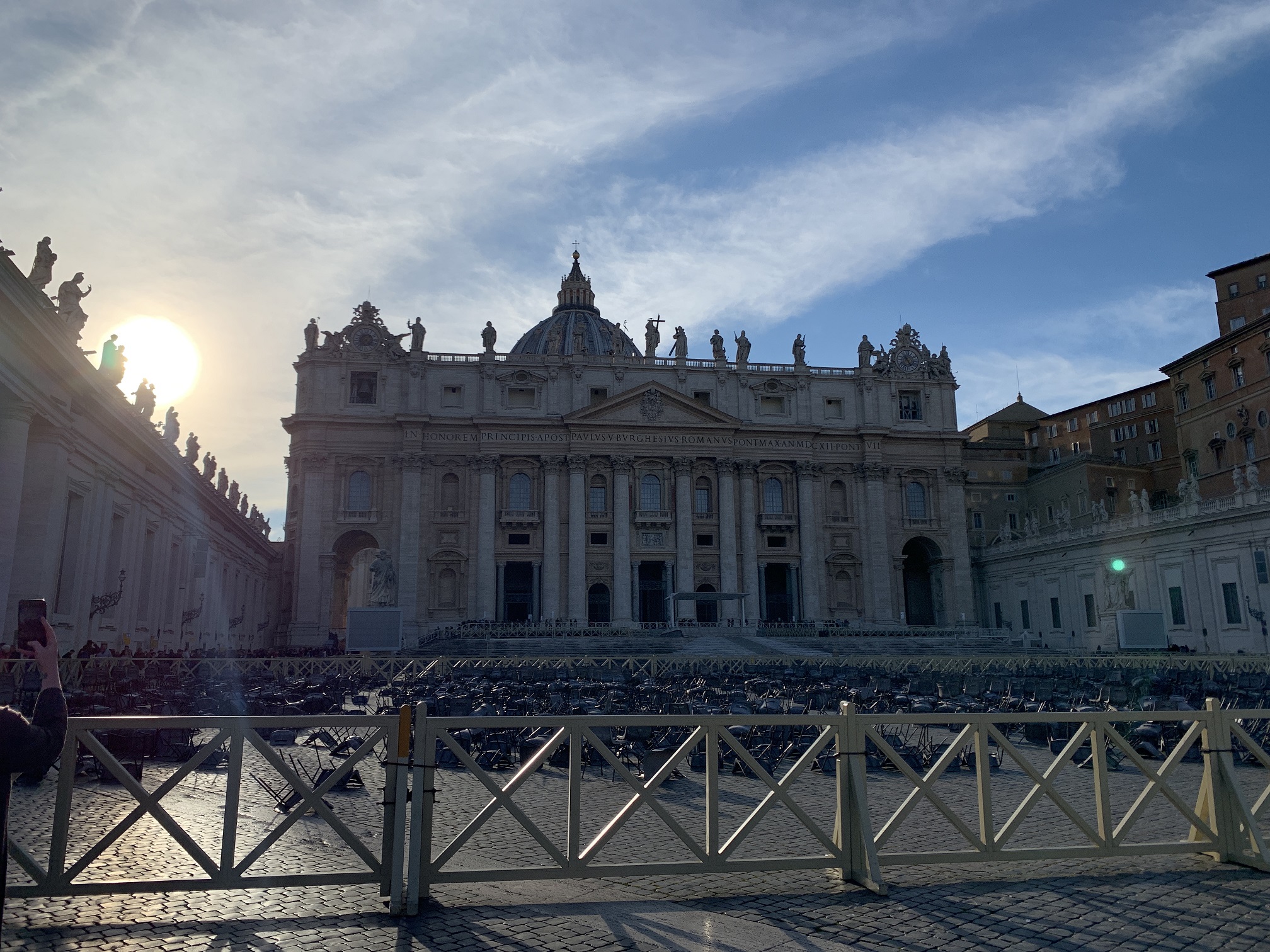 I traveled to Rome, Italy where I stayed for ten days as part of a class that I took to satisfy a general education requirement. I didn’t have to take this particular class, but I’m glad I did. There were several very frustrating and tedious things I had to get through before I could go on this trip, however. To name a few, I had to attend an informational meeting, fill out all these forms, get a passport, and, most annoyingly, pay for the trip. However, I’m glad I went through all of that because the end result really did justify the means.

I chose to go on this trip because I needed the gen ed. Other than that, it was pretty spontaneous and honestly not well thought out on my part. This seemingly, not-so-well-thought-out decision, turned out to be one of the best of my life. This decision placed me in the Sistine Chapel, looking up in wonder at the indescribably beautiful and ridiculously famous paintings that Michelangelo had created so many centuries before, and until that moment I had only seen in text books. It led me to the Colosseum, one of the seven wonders of the world. I saw countless art museums and statues, learned a plethora of stories, and really experienced a different culture and way of life. Rome was beautiful. Every building and terrace had mini gardens growing, lemon trees were everywhere, and around every corner was a new piece of ancient history just begging for its story to be told. I wouldn’t know these stories if I hadn’t studied abroad. 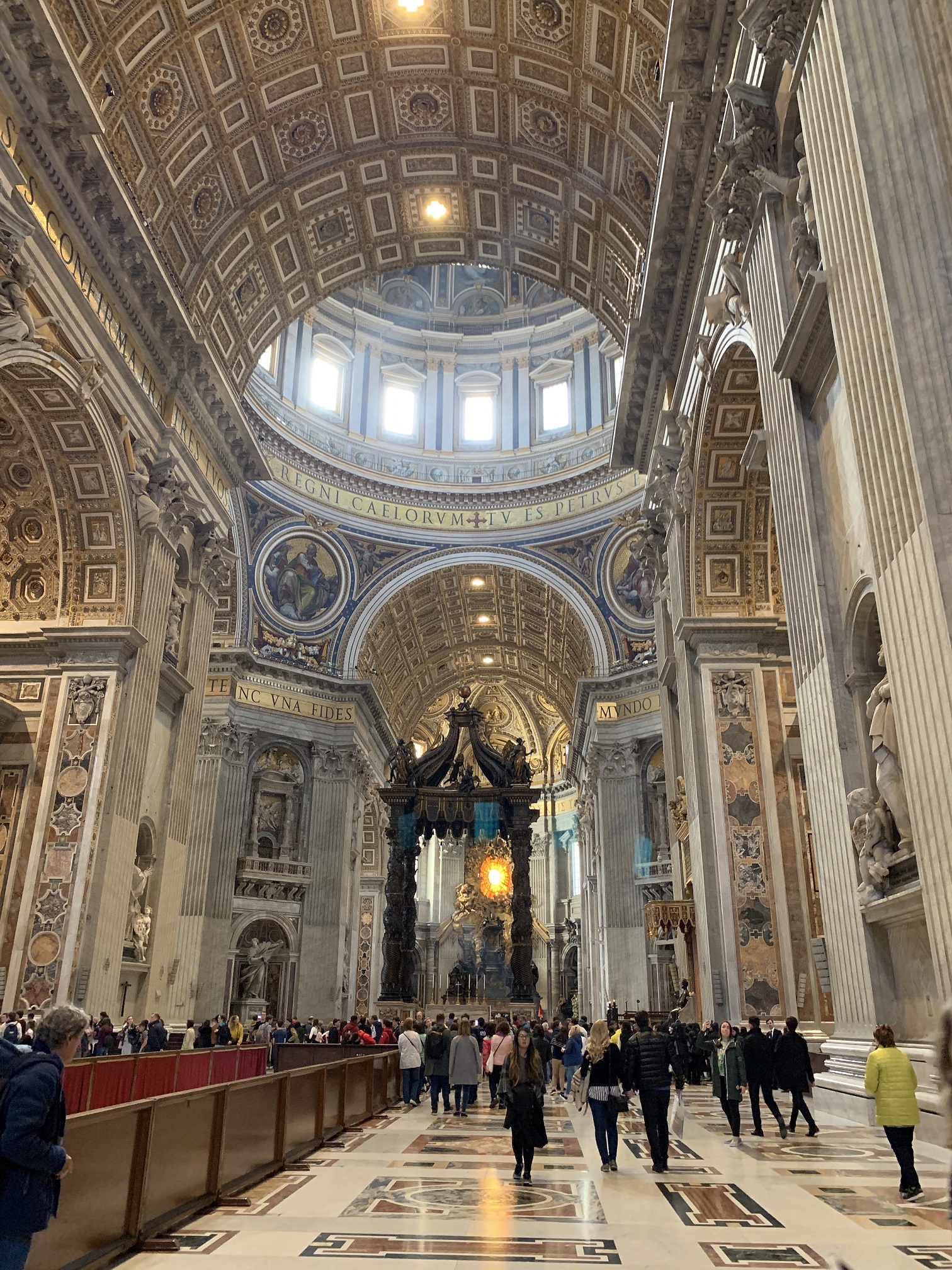 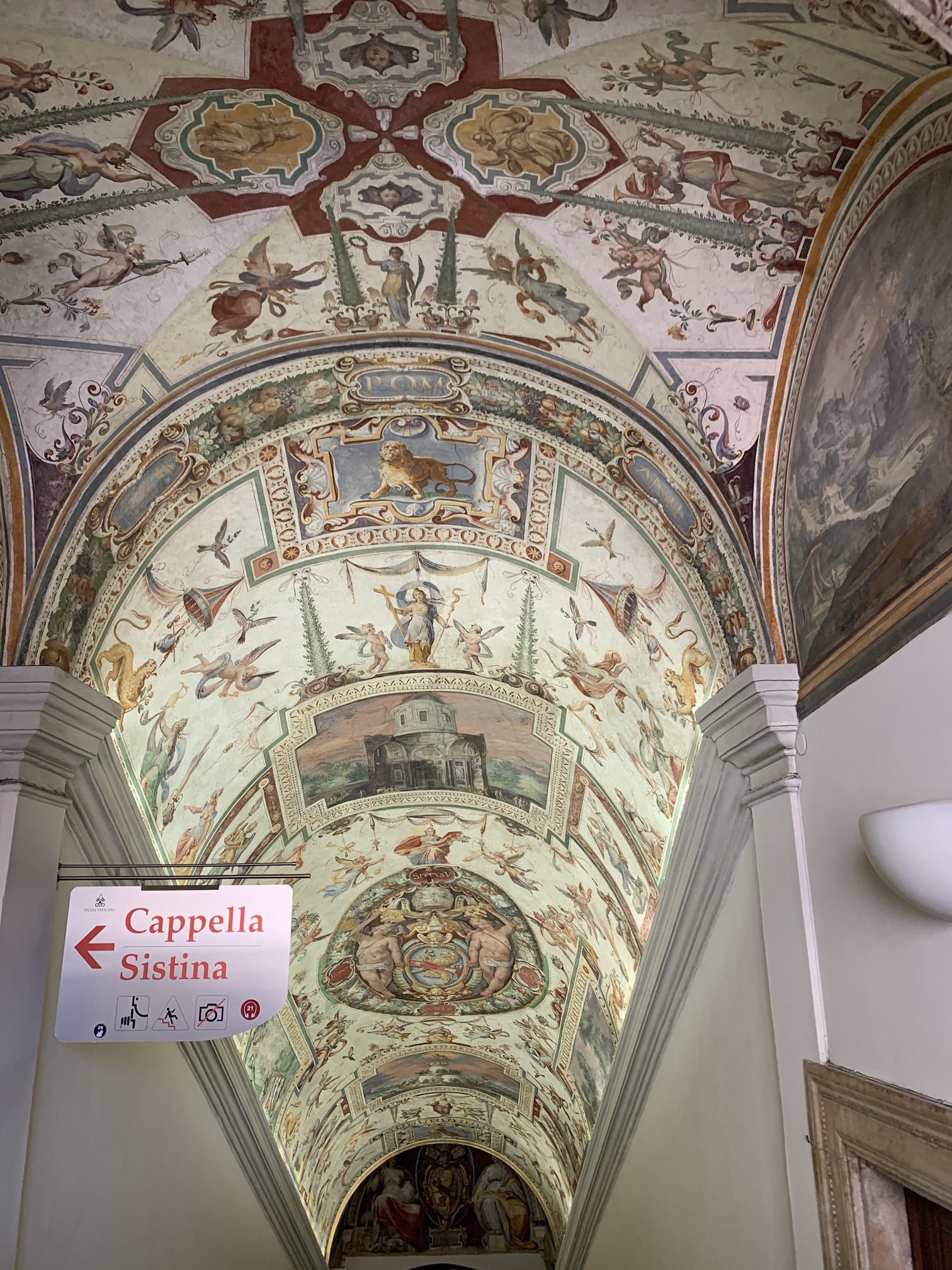 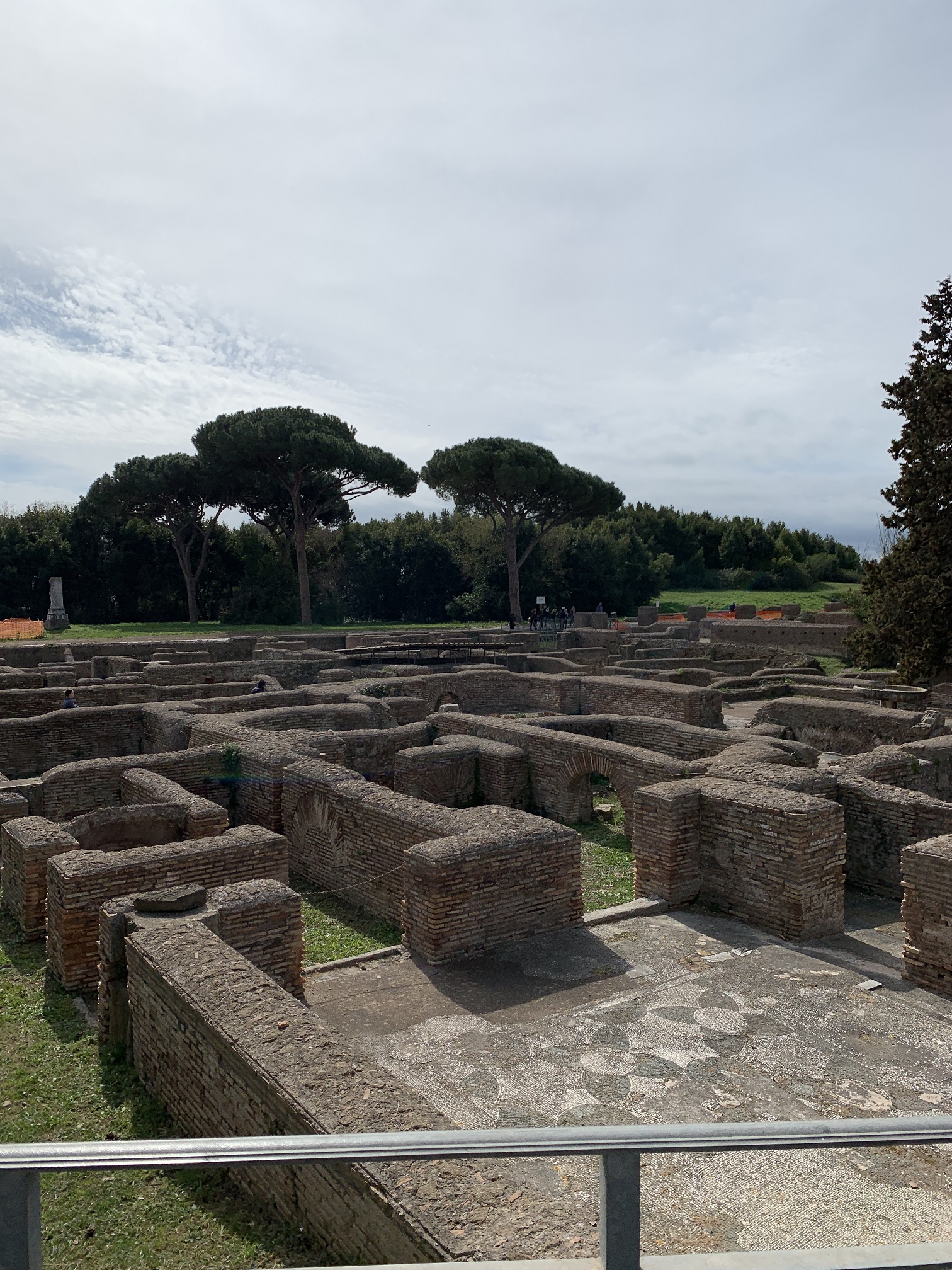 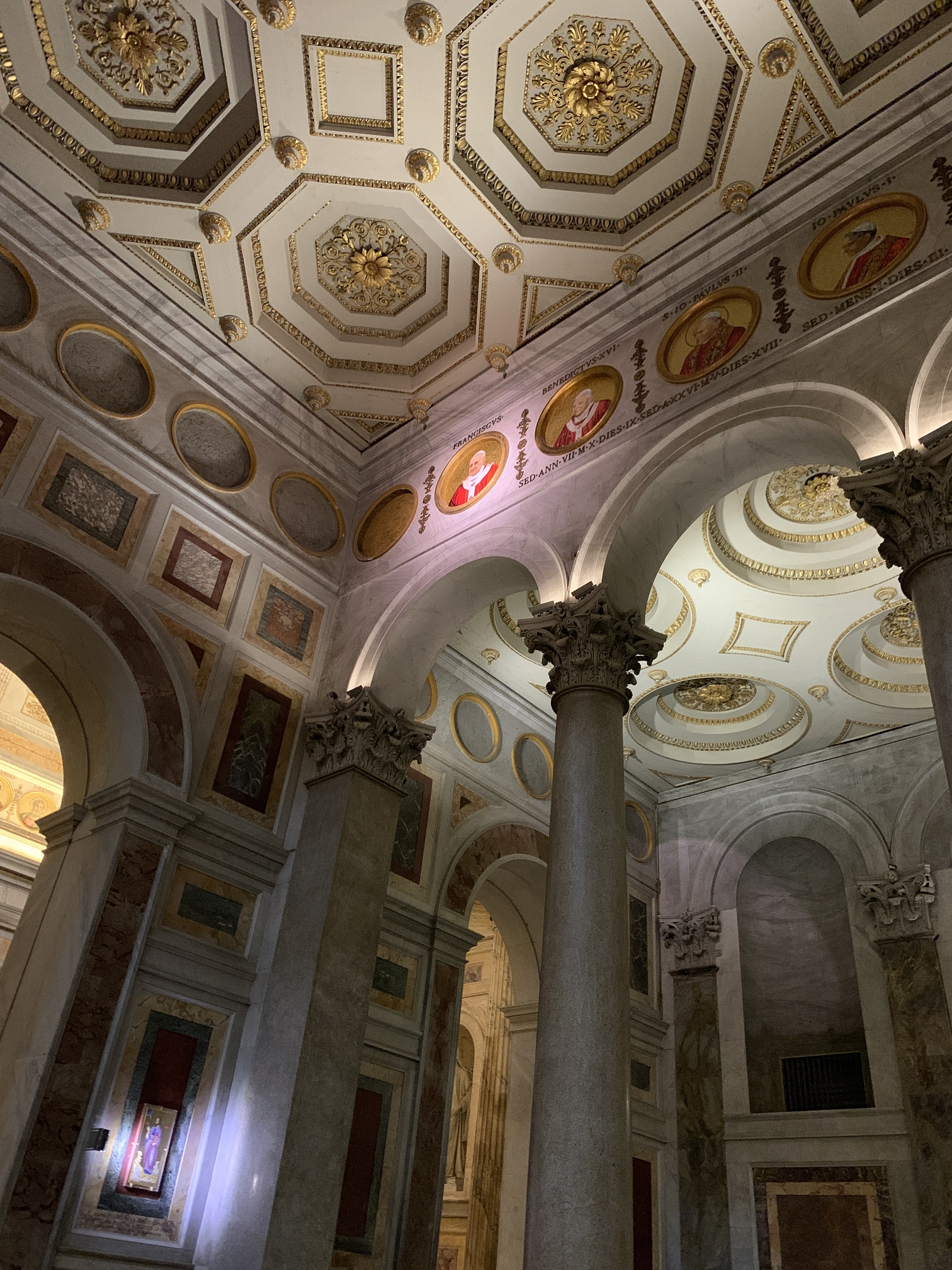 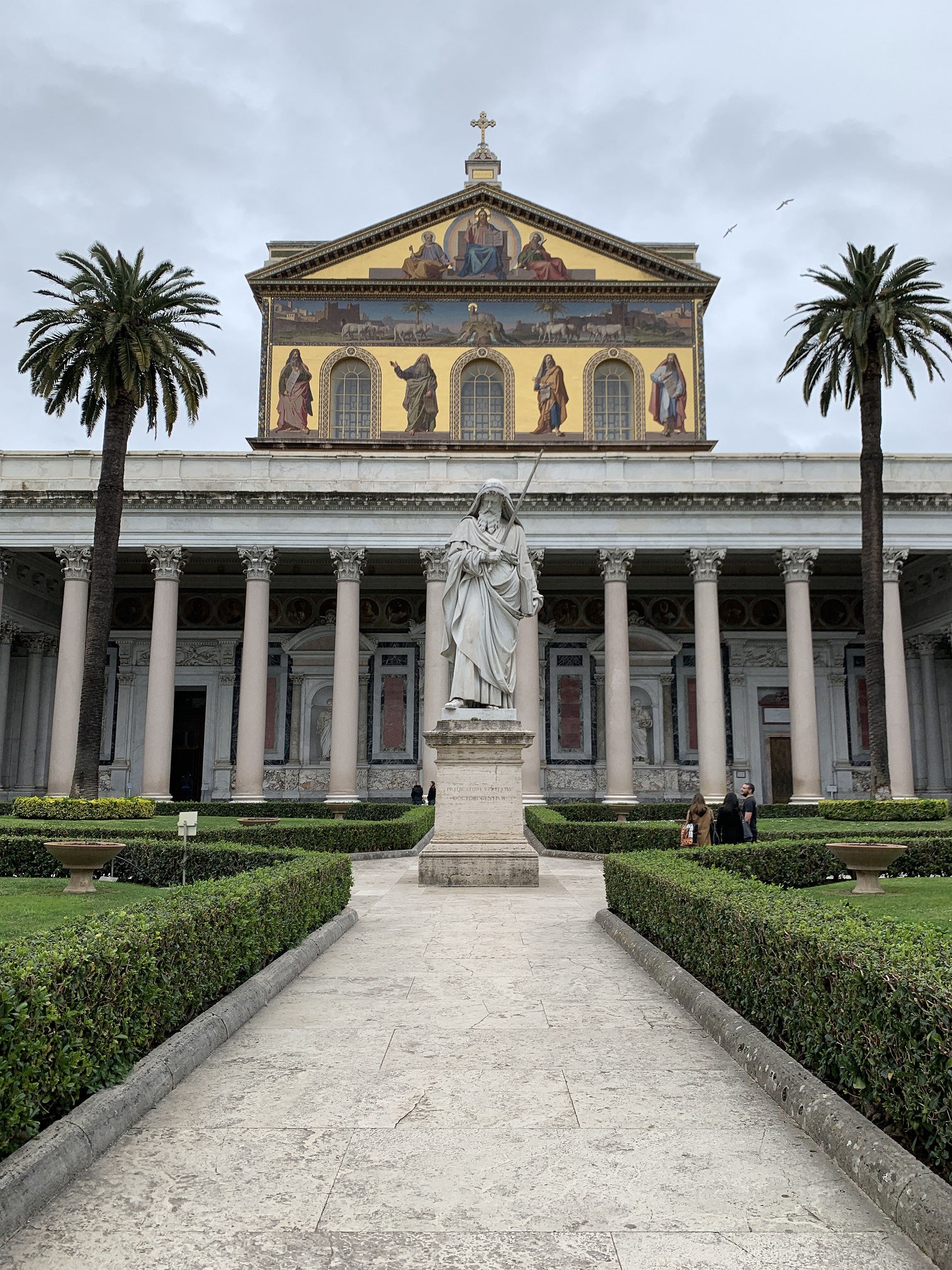 My favorite thing about Rome was the ceilings. Essentially every building that you walked into had a ceiling that was decorated or painted as beautifully as the rest of the building. I appreciated this because it showed me that the Italians had just as much attention to detail for something that most people probably don’t even notice. Every piece of art had so much emotion and time put into it. Even the architecture of buildings was meticulously thought out. That’s why there’s so much of ancient Rome that still exists. There wasn’t anything that wasn’t intensely thought-out.

In conclusion, I really enjoyed my time in Italy. Honestly, I didn’t love every single moment. Sometimes I was tired and frustrated and even at times wanted to go home, but I can whole-heartedly say that going to Rome was one of the best experiences of my life.

Lindsey Wyatt is majoring in Criminal Justice and English and spent Spring Break 2019 in Rome, Italy as part of a faculty-led trip for a Classics 1200 course. Lindsey had the following to say about studying abroad, “Okay, so the flight is long. The country you’re going to might not have free water at restaurants. The hotel might not have air conditioning. The locals probably won’t speak your language. You won’t be comfortable all the time. So what? There’s always a million reasons not to do something. A comfort zone is a beautiful place, but nothing ever grows there.”