UTC student Carolyn Hoagland, selected as a Volkswagen Distinguished Scholar to work at Oak Ridge National Laboratory in Oak Ridge, Tennessee, will present her research at the 2010 Annual Meeting and International Research Conference of Sigma Xi, The Scientific Research Society.  This event will be held November 11-14 in Raleigh, North Carolina. 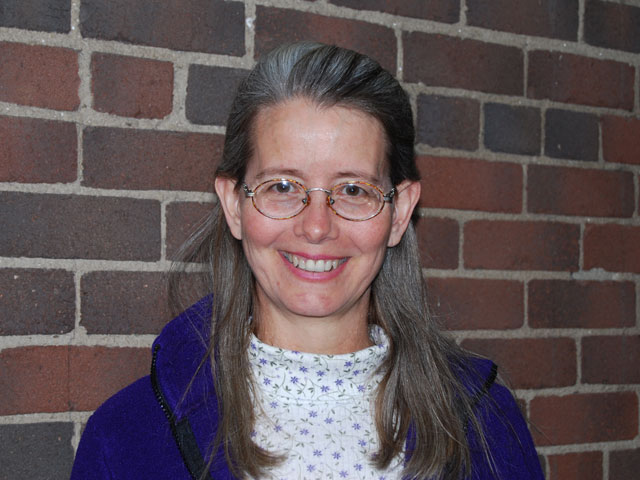 Hoagland, an undergraduate senior in Environmental Science at The University of Tennessee at Chattanooga and a resident of Sewanee, spent her summer looking into the role of farmers’ choices in bioenergy scenarios.  At the Oak Ridge National Laboratory, she worked with an Agricultural Economist, Mark Downing, and an Anthropologist, Amy Wolfe.

“Most ethanol produced in the U.S. is currently made from corn grain, and the government would like to limit that process and encourage ethanol to be produced instead from non- food crops like switchgrass or hybrid poplar,” Hoagland said.

While many aspects of farmers’ choices and U.S. farm policy are complex, Hoagland was able to determine that high quality farm ground is unlikely to be converted to cellulosic energy crops if farmers are concerned about making a profit.

“Current subsidies for cellulosic energy crops are not competitive with subsidies for food commodities.  Poor ground that is unable to support food crops is often placed in conservation reserve programs, or is used as low input pasture.  These poor quality acres can sometimes be profitably converted to switchgrass or other energy crops, but only if a biorefinery is nearby to buy the biomass energy crop,” Hoagland said.

Hoagland plans to graduate from The University of Tennessee at Chattanooga in August 2011.  She was mentored by Virginia Dale at the ORNL Center for Bioenergy Sustainability.

Food vs. Fuel concerns resulted in U.S. regulatory limits on the use of ethanol from corn grain and cane sugar sources and mandates to increase the use of advanced biofuels from cellulosic sources.  This study investigated whether U.S. biomass incentives will drive U.S. food producing acres to be converted to cellulosic biomass.  Data was gathered through a literature review of commodities and biomass prices, farm production costs, and biorefinery volumes for the last 5 years. This information was analyzed in conjunction with the United States Department of Agriculture’s assessment of the geographic areas, precipitation patterns, and perennial crops which are best suited for the production of cellulosic biomass. Farm acreage quality was normalized by comparing average corn yields and assigning a corresponding corn suitability rating (CSR) to land which did not have readily available CSR values. Transportation and storage costs were also considered.  Profit seeking behavior by farmers was assumed.  It was determined that on poor ground, the unsubsidized average market price for biomass does not meet production costs and suggests a direct loss of $15-$40 (U.S.) dollars Mg-1 biomass produced on land with a CSR <55.  Furthermore, higher losses were likely on better land with a CSR >55 from the foregone opportunity costs of not growing higher value food crops. Pilot programs show subsidies may overcome the losses on poor ground only if a biorefinery is nearby.  The study suggests there is little danger of profit seeking farmers converting good food producing land to biomass due to current policy.