Get a taste of UTC on Focus Friday 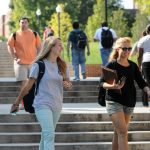 Curious about what college is like? Want to meet some current UTC professors and students? Join us for Focus Friday. 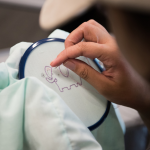 Growing up in Newfoundland, Canada, Ann Buggey was used to having a lot of snow days from school. On cold winter days, she would spend time knitting or embroidering, skills she picked up from a young age. Her passion followed her into her adult life, where the senior lecturer in the Department of English now teaches an innovative class on the history of textiles.

Kathi Weeks presents ‘Down with Love: Feminist Critique and the New Ideologies of Work’ on Oct. 26 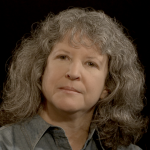 Kathi Weeks, professor of gender, sexuality and feminist studies at Duke University draws from 1970’s critiques of the ideologies of love and romance to develop a critique of the popular literature advice that directs employees to find love and happiness at work.

Got all your “have-to” classes lined up for fall semester and now you’re looking for something that’s more “want-to”?

In memory of: Women’s Studies graduate turns tragedy into action 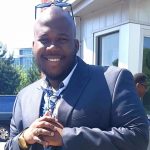 Like many students, Courtney Jackson had switched his major a few times during his first few years at UTC and was unsure about what he would do in his future career.

All that changed the morning he learned that his childhood best friend, Tasha, was murdered by her estranged husband in a parking lot outside of her workplace in September 2014. Tasha had recently filed for divorce and had a restraining order against her husband.