What do Diana Ross, Metallica, and the Osmonds have in common? They’ve all played at McKenzie Arena. Some of music’s biggest names toured at the arena since it opened in 1982, and their posters are now on display at Special Collections at the Lupton Library. 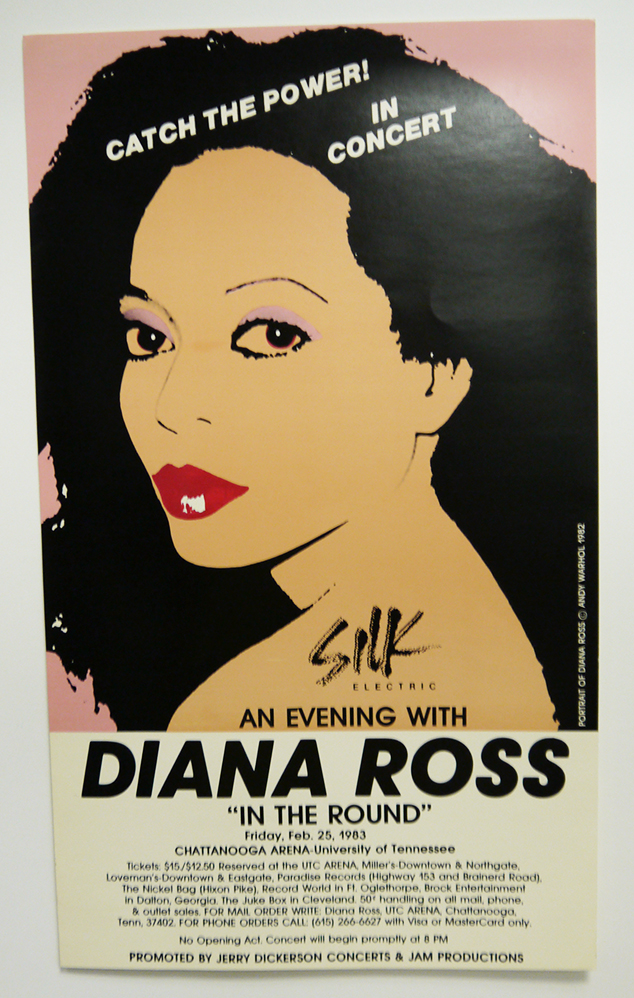 When Steve Cox, Head of Special Collections and University Archivist, was rooting around in some boxes, he stumbled across the posters.

“I already had a list of possible topics for a summer exhibit, but once I found these, I knew it would make a fun exhibit for the summer,” he said.

The exhibit is called “They Played the Roundhouse:  Concert Posters and Flyers from the 1980s and 1990s.” The exhibit covers nearly every genre from country to funk to rhythm and blues to easy listening.

“Whatever your music preference is, we’ve probably had someone from that genre play here,” Cox said.

The exhibit is on the 2nd floor of Lupton Library, in the Special Collections, and can be viewed Monday – Friday, 9 am – 4:30 pm.  It will run through the summer.  For more information, visit: http://blog.lib.utc.edu/archivist/.