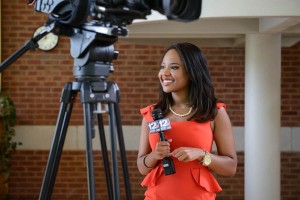 As exams begin and papers are due for students, it may seem like summer is a distant memory. But not so long ago, these Mocs used their summers to get to work at internships and experiential learning projects.

Each day at WDEF began with the morning meeting, where the day’s news stories were discussed.

“Then I would go with a reporter and photographer to the scene of a story and help them. I often did things myself, though, like editing,” said Adams.

Adams had completed a mini internship with WDEF as a sophomore and decided to return as a senior.

“The people there were just really great and good with interns. They want you to have a good time, but also to learn a lot” she said. 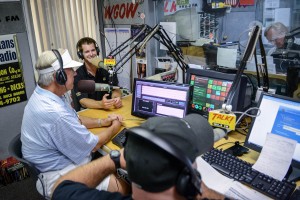 Adams is still searching for a job, but hopes to become a reporter, and eventually a host.

“This internship helped me learn what it takes to be a great reporter. People tend to think of reporting as a glamourous job, but reporters are sort of a one man band. They have to do a lot of hard work to tell a story that people can feel connected to,” said Adams.

“We worked with a lot of patients that were more short term care, less than 100 days. They would be sent from the hospital after an illness or event had caused them to lose some strength or become deconditioned. Our job was to help them gain as much function as possible and either return home or to their families,” said Pino.

UTC’s Physical Therapy requires internships and Pino says that he’s glad they do.

“I think the internship is certainly beneficial. I wish it was even longer. There’s a lot to physical therapy that’s hands on learning,” said Pino. “We can only learn so much sitting in the classroom before we need to get our hands on patients and practice what we will be doing once we graduate.”

“The experience helped me solidify why it is I’m doing what I’m doing. Getting out there and doing it myself helped me realize that what I’m doing makes a difference and really matters to the people I’m helping,” continued Pino. 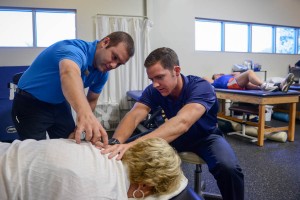 Pino is looking forward to his thirteen week clinical that ends the PT program, what he calls “the grand finale.”

“It’s a chance to get a good long, solid period of time practicing what we’ve learned and prepare for being out there in the real world doing it ourselves,” he said.

James (Chuck) Hudson, a senior communications major, interned at WGOW 102.3, a local radio station. In particular, he worked on the SportTalk program, where he sat in on programs, helped produce the show, and co-hosted multiple programs.

“I learned a lot about how an actual radio show is produced. It wasn’t a classroom, it was a real program that goes out to listeners in the Chattanooga population,” said Hudson.

Hudson had a previous relationship with the voices behind SportTalk, which led to him calling to request that they take him on as an intern.

“They were very welcoming and I had a great time,” said Hudson. “They gave me a lot of on the job experience you don’t get in the classroom – how you handle different obstacles that may present themselves. We dealt with things like equipment failure or a guest who didn’t call in when they’re supposed to and you have to figure out how to fill that air time.”

When he graduates, Hudson, who was on the UTC Football staff for three years, is considering coaching at a local high school.

“I would say the internship gave me a chance to try something and see if I like it. Radio and broadcast has always interested me, which is why I went into this internship,” says Hudson. “I’m keeping the possibility of going into broadcasting in the back of my mind; it may be something I explore. I had kind of gotten away from wanting to go into broadcast, but this experience may have pulled me back because I enjoyed every minute of being there. It’s something to think about.” 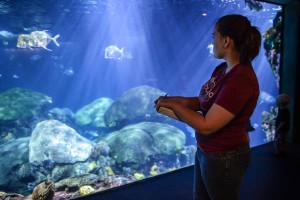 “I believe that anytime students get out of the classroom and gain first-hand experience with the topics being discussed in class is valuable,” said Bramblett. “I clearly remember the many field trips that I took as an undergraduate biology/geology student at UTC and want my students to have similar experiences.”

Students were tasked with answering thirty questions relating to the signage and specimens on display at the aquarium. They were required to identify each illustrated specimen to phylum and answer questions about their ecology, evolution, and more.

“The students were able to see living examples of the animals and plants we learned about during the survey of life portion of the course. During lecture, the students saw pictures of animals and plants. During the lab, they primarily studied preserved specimens,” said Bramblett. “By visiting the Tennessee Aquarium and observing living animals and plants, the students can better appreciate these wonderful creatures. Many of the plant phyla and animal taxa we studied in class are on display. They saw various fishes swimming, turtles walking, butterflies flying, etc. It’s one thing to read about the bioluminescence of box jellies or look at pictures in a textbook, it’s more real when you actually see it with your own eyes.” 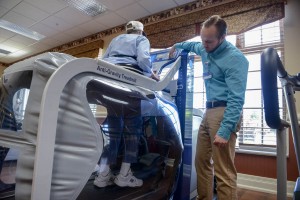 The class qualifies as a general education course and so the students ranged in year, from sophomore to senior, and major; students majored in biology, health and human performance, computer science, chemistry, and math.

This is the fourth version of the scavenger hunt experience that Bramblett has done. He has developed the program over five years, with input from Hill Craddock and Tim Gaudin.

“The aquarium is a wonderful resource and we are privileged to have access to all of the amazing creatures within minutes of campus,” he said.