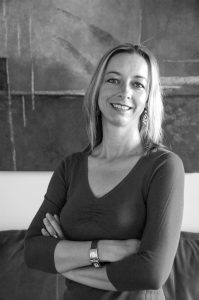 UC Foundation Associate Professor of English, Sybil Baker, is one of 11 Tennessee artists awarded an Individual Artist Fellowship from the Tennessee Arts Commission for 2017.

An exploration of Chattanooga, race, wanderers, and refugees (to name a few), Baker’s soon to be released nonfiction work Immigration Essays will benefit the most from her recent award.

This collection of essays, set to be published in January of 2017 through C&R Press, began when Baker was awarded a 2014 MakeWork Grant to fund her projects as she set out to interview and publish Chattanooga’s unheard voices. 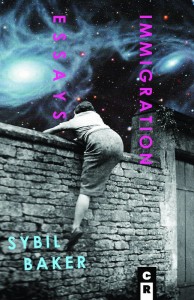 “The project quickly became overwhelming–I soon found that there are so many people in Chattanooga whose stories deserve to be told and listened to. Where was I to begin?” says Baker.

As Baker met with refugees through Chattanooga’s Bridge Refugee Service, her project grew beyond the Chattanooga region and became intertwined with her own personal experiences as a Southerner and the influence of her time abroad as an English teacher for twelve years in South Korea as well as her visiting professorship in North Cyprus last year.

“While they [the essays] vary in form and style, all of them revisit and return to my own obsessions and questions in this collection: race, immigration, refugees, expatriation, gentrification, family, and the myth of the American Dream,” Baker explains.

C&R Press describes Immigration Essays with, “Baker excavates her past as well as Chattanooga’s to try and understand the ghosts that haunt her and the city she inhabits.”

When Baker isn’t teaching creative writing and humanities courses on Campus, she might be working as Fiction Editor for Drunken Boat or frequenting the Yale Writer’s Conference to teach. She is also the author of Talismans, The Life Plan, and Into this World.
On Thursday, October 13 at 6 P.M. Baker will lead the Hunter Museum of American Art’s Art+Issues talk “Gentrification: localized colonization or urban uplift?” which is free and open to the Chattanooga community.