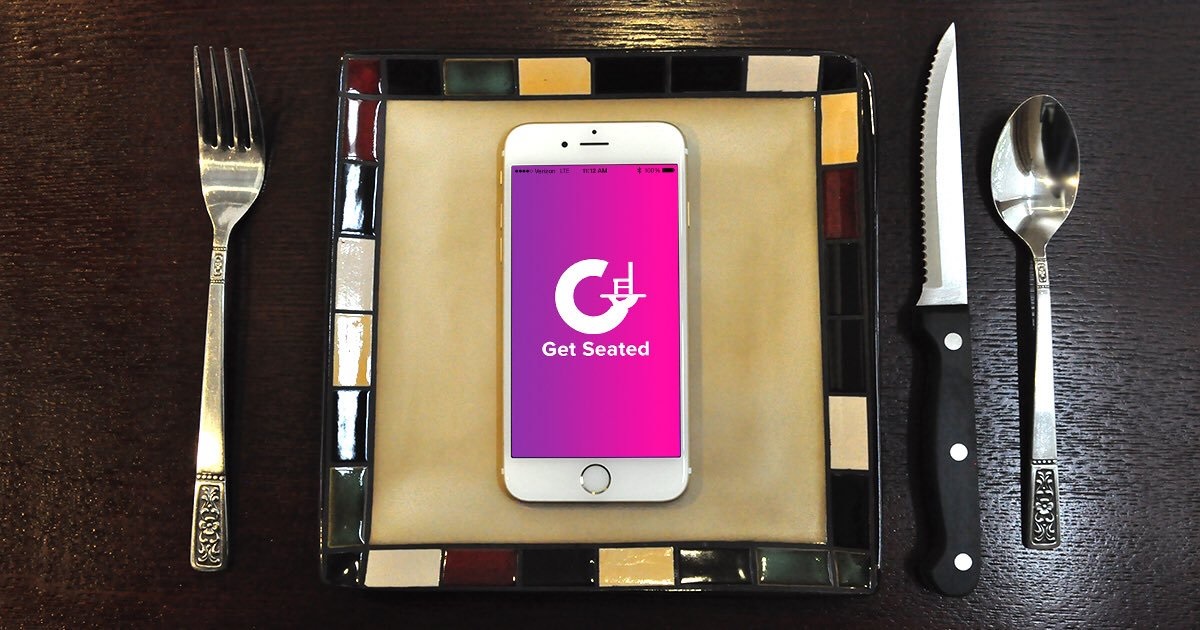 It’s not every day that a homework assignment turns into a real world business, but Andrew Byrum (‘15) made it happen.

It began during a frustrating lunch date for Byrum.

Out with friends and on a tight schedule, they went from restaurant to restaurant, each as packed as the last. At the third restaurant, they settled in for a long wait, resigning themselves to missing their next planned activity.

“It’s 2014! Why isn’t there an app I can use to check how busy these restaurants are in advance?” Byrum thought.

Moving from frustration to fruition, he did exactly that.

A graduate with a degree in Entrepreneurship and Marketing, he was required to come up with a business idea in his New Venture Creation class. He set his sights on his personal experience: showing up at restaurants only to see a line out the door.

The result: the smartphone app Get Seated. 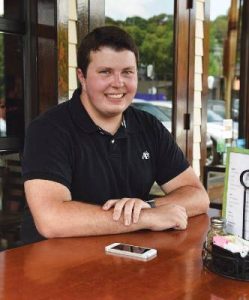 The Waze app inspired Byrum because, as he says, “If it can crowdsource traffic, I thought we could crowdsource wait times.”

The app is free to users. Restaurants pay a monthly subscription for the app, installation, maintenance, advertising, and access to their statistics.

Mike and Taylor Monen, owners of Community Pie, Taco Mamacita, Urban Stack, and other Chattanooga-area restaurants, had used the iPad apps, but weren’t satisfied. They became Byrum’s main contacts from the start and early adopters of Get Seated.

“They had started out in the iPad route, but went back to pen and paper,” Byrum said. “So they were interested in helping me research to see if this could work better.”

He didn’t want to use GPS since that would quickly drain phone batteries. Instead, Get Seated uses low-energy Bluetooth technology. By sampling a small percentage of people who have opened the app on their phone, Get Seated can determine how many people arrive in the waiting area, how long they have to wait there before they get seated.

After creating Get Seated, Byrum went to work as a host at Tupelo Honey Cafe. The job allowed him to fund the app’s development and get important insight from inside one of his partner restaurants.

“Working in a restaurant, I can see how foot traffic moves,” he said. “It lets me see from the inside how a restaurant works and brainstorm features I hadn’t thought of before that restaurant owners might want from the app.”

“These graphs look like peaks and valleys, and we hope to be able to turn those into smaller hills and valleys and even out the flow of customers in participating restaurants,” explained Byrum.

“When you get a rush, the service quality goes down because the kitchen and the servers are slammed. Then, during a valley, everyone is exhausted and trying to recover. It benefits customers and restaurants to have steadier traffic.” 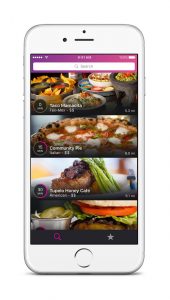 The Get Seated restaurant search screen

Byrum is always looking to roll out new features and add new restaurants.

Get Seated recently introduced coupons and the ability to view the week’s specials and happy hours at participating restaurants. It’s also implementing a loyalty program that bypasses the hassle of checking in, scanning QR codes at restaurants, or carrying loyalty cards.

“I hope we can bring even more businesses on board now that we’re more of an established, mature app,” said Byrum.

He’s had requests from businesses interested in the app and customers who want to use it from other cities and even abroad, he said, but “I’m set on getting our feet firmly planted in Chattanooga. Then we’ll look at Nashville, Knoxville, and Atlanta.”

Byrum can check the app’s data to see which restaurants are most searched within the app, and reach out to those owners and try to get them onboard.

The entrepreneurial alum even has his sights set on UTC dining areas, envisioning wait times posted on a TV screen at the entrance to the UC and on the app.

From computer science to business

Byrum was a computer science major until his junior year, when he switched to business.

“I tried three times to get through Calculus II, and I thought, ‘I’m just not excited about this,’” he said. “My parents weren’t happy that I switched, but it just wasn’t working out.”

However, Byrum was able to put those credits toward a computer science minor.

“It worked out because Get Seated lets me use both those skillsets,” Byrum said.

He also met his co-founder, Matthew Price, while working on his computer science degree. Price, who graduated from UTC with a degree in computer science, has since moved to Sweden, but the two still jointly run the company.

“We make it work. Lots of video conferencing and to-do lists. We also have a weekly planning call,” said Byrum.