When Matt Joplin dreamed of his future career, he let his mind wander to the highest of places: outer space.

He took one giant step closer to his dream by recently completing an eight-month internship at SpaceX, a California-based aerospace manufacturing and space exploration technologies company. 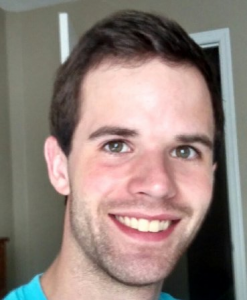 Founded in 2002 by serial entrepreneur Elon Musk, SpaceX was the first private company to successfully send and return a spacecraft from low orbit.

“I’ve been inspired by what SpaceX has been doing for years. They’re constantly pushing the envelope and pushing the space industry into the modern era,” says Joplin, an electrical engineering graduate student.

How Joplin landed his internship is a story of perfect timing. At a conference, Dr. Daniel Loveless, UTC assistant professor of electrical engineering, met a manager who worked at SpaceX.

Loveless recommended his student for an internship and, six weeks later, Joplin was on a plane headed to Seattle to start work.

“Matt’s inquisitive. He’s always approaching me with questions and coming up with his own ideas. I knew he would have the right skillset to succeed at SpaceX,” Loveless says.

Joplin worked 40 to 50 hours a week on a small team doing radiation testing for a satellite project.

“Working at SpaceX gave me more confidence in my engineering skills. Every day was a challenge,” he says. “There was so much work to be done, so many problems that needed to be fixed.

“Gaining the practical experience of putting theory into practice to solve problems was invaluable.”

His work at SpaceX complemented his UTC thesis project in which he’s studying how radiation affects complex electronic systems. Through his thesis, Joplin hopes to find ways to make these systems more reliable when they’re placed in harsh environments like space.

Joplin performed so well at SpaceX, he was asked to extend his internship after four months, an offer he readily accepted.

“Everyone there is passionate and brilliant. Why wouldn’t you want to stay and be around them?” he asks.

Joplin hopes to continue working in the space industry when he graduates with his master’s degree next year.

“Space is a big mystery. It captures the imagination. There’s still so much we don’t know,” he says.