Professor and students capture images of the solar eclipse from 111,000 feet

Dr. Daniel Loveless, graduate students Matt Joplin and Ryan Boggs, along with alumnus Colin Smith launched a high altitude balloon, named MOC3, in northern Soddy Daisy, Tenn. to get a unique perspective of the recent solar eclipse. After four hours of flight and fighting colder than usual temperatures due to the eclipse, MOC3 was retrieved from a tree in Whitwell, Tenn.

“The goals of MOC3 were to capture the totality of the solar eclipse from a unique vantage point and ascend to 110,000 ft, setting a new record for UTChattSat’s high altitude balloon program. New systems for maintaining power to the electronics and capturing aerial photography and video were developed and implemented for the first time,” said Loveless.

They met this new record by by using an “open-air payload rig to cut the mass of the system down to approximately 2.2 lbs. This allowed the flight to achieve higher altitudes with less helium,” explained Loveless.

The solar eclipse brought new challenges to the MOC3 mission, creating a unique learning experience for the UTChattSat program. The mission encountered temperatures as low as -70 degrees Celsius.

“This is significant because typical commercial electronics systems and virtually no battery technologies are designed for these temperatures and are generally only rated to -40 degrees Celsius at best. Our main computer shut down temporarily during this period, but regained functionality when warmed back up by the Sun,” said Loveless.

“The custom camera and power system survived the entire ascent, were able to capture the eclipse (looking at the Earth) and maintained functionality throughout the flight. I am very proud of the students’ accomplishments given a difficult set of constraints. The images and the massive data set gathered will keep everyone busy for quite some time and were well worth the challenge.”

The electronics system and cameras aboard the flight were designed by students in Loveless’s class last spring. The design was funded in part by the High Impact Practices Development Grant program at UTC, which promotes active learning for improving student success in the areas of learning and engagement.

Students involved in MOC3’s mission include:

Matt Joplin, second year graduate student who recently completed a 10 month internship at SpaceX. He has been involved with the UTChattSat high altitude balloon program from the beginning, and has been conducting research in space and radiation effects in electronics under Dr. Loveless’ advisement since attending UTC as an undergraduate student.

Ryan Boggs, first year graduate student studying the effects of space and radiation effects in photonic (optical + electrical) circuits and systems. While an undergraduate, he assisted in the design the robust electronics systems that flew on MOC3 (UTChattSat’s Solar Eclipse balloon on Aug. 21), along with fellow undergraduate students in the Electrical Engineering and Computer Science departments.

Colin Smith, UTC alum and current research assistant of UTC Professor Dr. Henry Spratt. He will be applying to graduate programs for Molecular Biology in Spring of 2018 and is interested in studying space applications of Micro and Molecular Biology. Smith added, “I hope to be able to use the experience I have gained helping with the high altitude weather balloon projects to design my own experiment testing microbes’ ability to withstand stratospheric conditions. It really is an incredible experience to send something to the edge of space, only to find it safely back on the earth, or in our case, in a tree.”

Check out the gallery below: 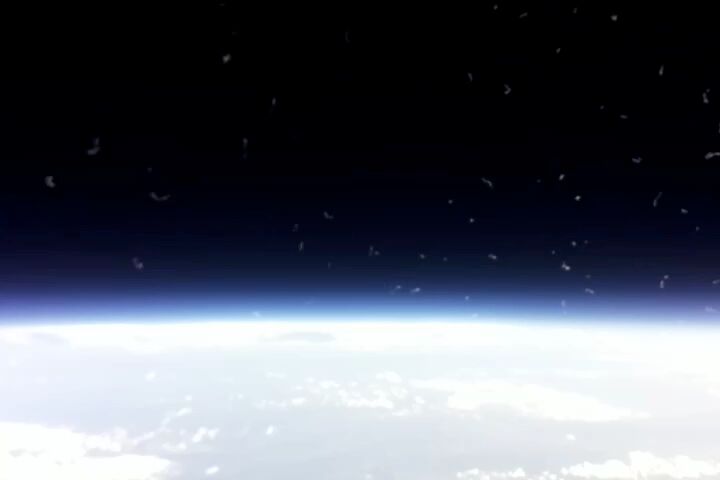 View at 111,000 ft moments after the balloon burst. Fragments of the latex balloon can be seen against the dark contrast of space. 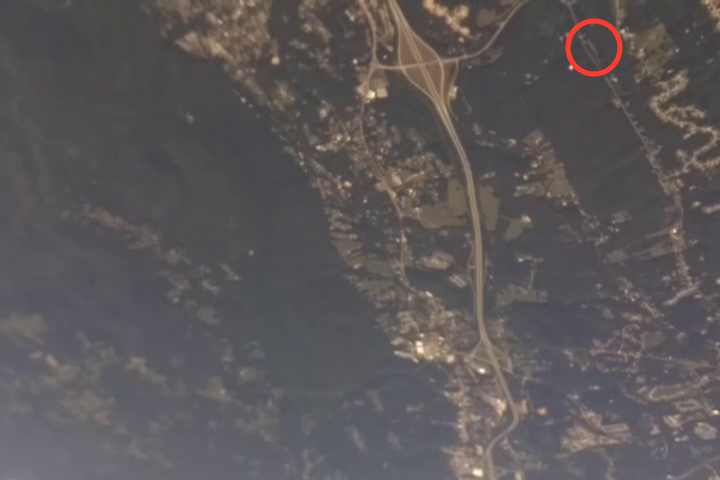 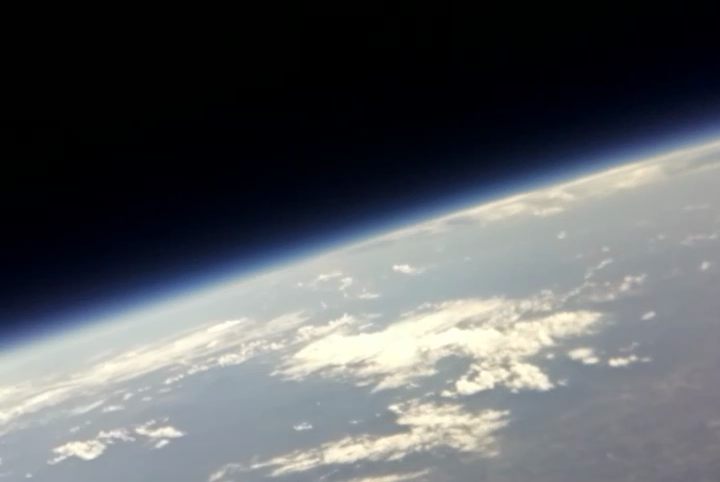 View from the edge of space near 100,000 ft. The fading atmosphere can be seen transitioning from blue to black. The air pressure is approximately 1/100th of an atmosphere. 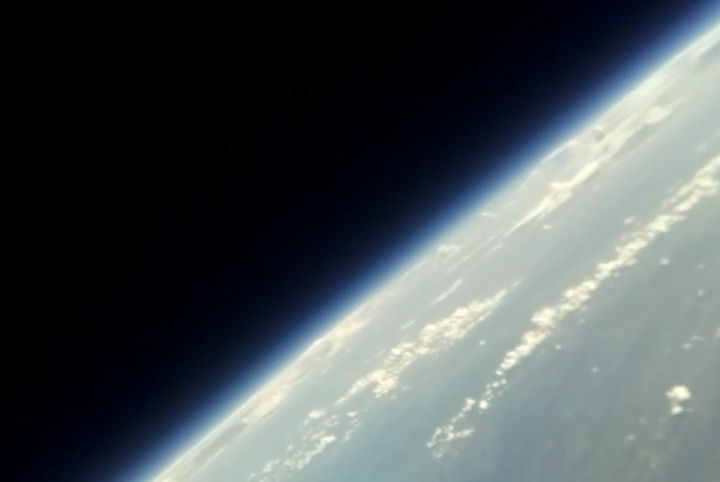 Tennessee from approximately 100,000 ft. The TN river can be seen near the lower center of the image. 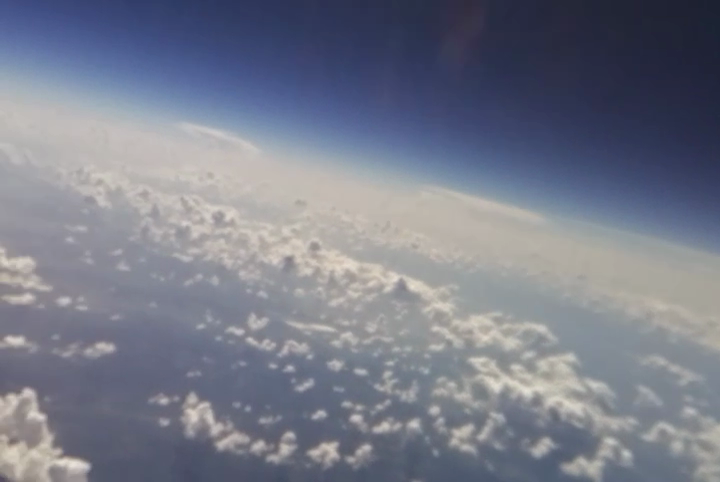 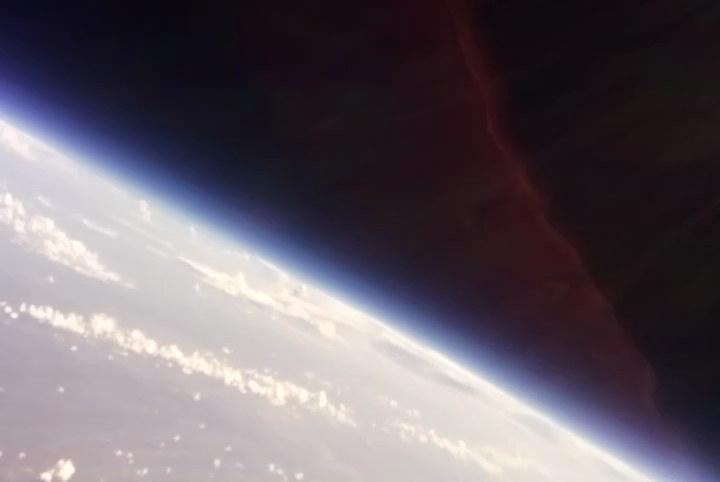 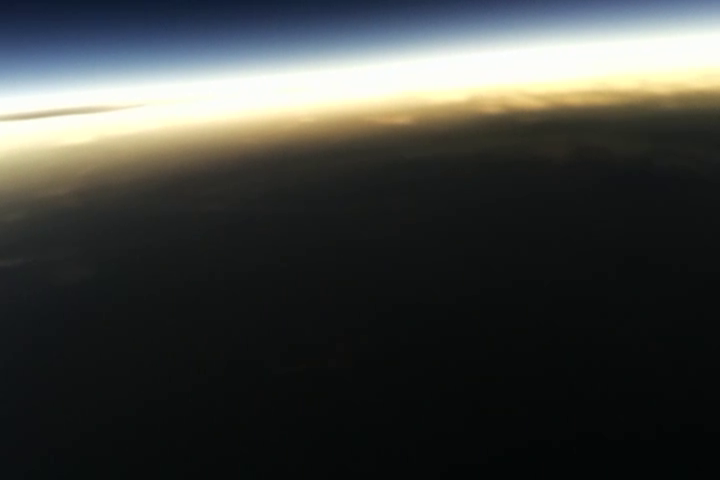 The Earth in the shadow of the Moon during eclipse totality. Sunlight can be seen reflecting off of the clouds at the edge of the shadow. The approximate altitude is 34,000 ft. 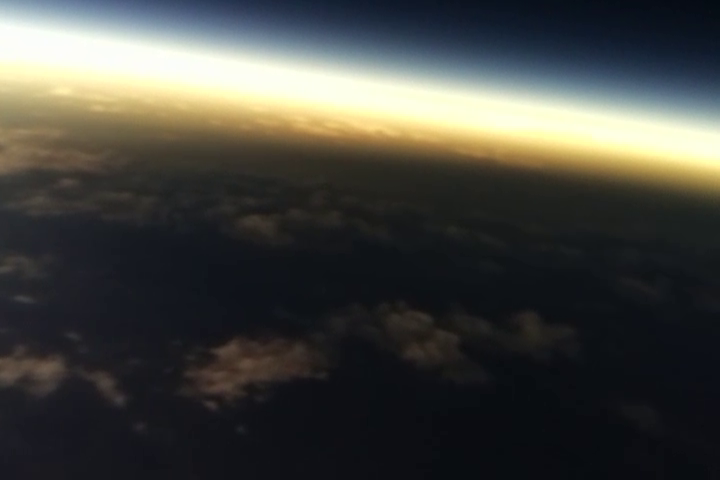