by Communications and Marketing September 1, 2017 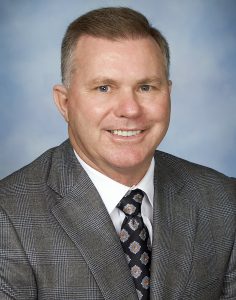 In the early 1970s, Wolford began a career in retail development with Arlen Shopping Centers of Chattanooga. In 1978, he joined four others, including founder Charles B. Lebovitz, as principals in CBL and Associates, Inc. With Wolford as senior executive vice president, the CBL and Associates portfolio grew to some 22 million square feet of retail space at malls located mostly in the Southeast.

In addition, Wolford Development has property under option for major enclosed regional malls in Kalispell, Montana, Ames, Iowa and Lake Havasu City, Arizona. The centers contain such anchors as Wal-Mart, Marshall’s, Goody’s, Old Navy, Office Depot and Petco. Each of these malls will be more than 700,000 square feet with project costs at more than $300 million.

Wolford grew up in a small town in Alabama, the son of a coal miner. He was captain of his high school football team and president of the School’s National Honor Society. He received a football scholarship to UTC, was co-captain of the football team, and third team Little All-American. He graduated from UTC in the summer of 1969.

Married to Diane Kilgore in May 1969, the couple had two sons, Clint and Chad. Wolford was a past Tennessee State Director of the International Council of Shopping Centers and a past member of the Board of Trustees of Baylor School in Chattanooga. He was named to the UTC Sports Hall of Fame and UTC College of Business Entrepreneurship Hall of Fame.

Arrangements have not yet been announced.

For more details on Wolford’s life, go to http://www.gomocs.com/news/2017/9/1/football-former-uc-all-american-bucky-wolford-passes.aspx