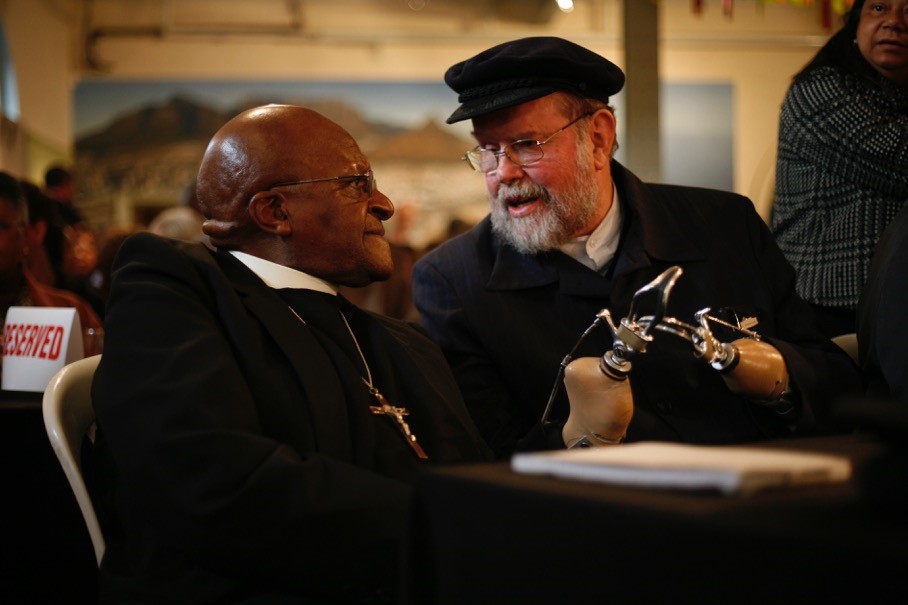 The explosion from a letter bomb caused Lapsley to lose both arms and an eye.

“We are all in need of healing, because of what we have done, what we have failed to do, and what has been done to us.”

A strong statement, and even more moving with the context behind who said it.

In 1990, Fr. Michael Lapsley received a letter bomb from agents of the South African government. The explosion it caused took both of his hands and an eye.

Lapsley, an Anglican priest, worked for years in the struggle against apartheid in South Africa. He served as a chaplain with the Trauma Centre for Victims of Violence and Torture in Cape Town and founded the Institute for Healing of Memories in 1998.

After his own journey of healing, Lapsley now conducts workshops for those who have experienced the trauma of war, human rights abuses and other disturbing events where conflict has scarred the landscape. He has also worked with U.S. military veterans.

The Department of Psychology and Psi Chi invite the UTC and Chattanooga community to hear Lapsley’s powerful perspective on trauma and healing.

Support for this talk was provided by the UTC Student Allocations Committee.