Field Notes: Students get cozy with degus in Chile

At the foot of the Andes Mountains in central Chile lives the degu, a small mammal who looks like she could be the hamster’s cousin. Skittering through intricate tunnel systems or on above-ground paths, their black-tipped tails erect in the air, they spend their days foraging for food and their nights in burrows under the ground.

For years, UTC students have traveled thousands of miles to study these little creatures.

Dr. Loren Hayes, associate professor of biology, geology and environmental science, has spent the past 15 years studying the degu, particularly how they behave socially. Hayes sends graduate and undergraduate students to Chile, where they meet up with students from universities in Chile and the U.S. to study the mammal, which is teaching them about the social lives of animals and how ecology shapes cooperative behaviors.

The program supports science and engineering students participating in research and research-related activities at the international level. By investing in the work of graduates and undergraduates, the government-funded program “advances knowledge to sustain global leadership.”

Degus have certain characteristics that make them unique for studying. They live in large groups with mothers caring for all the offspring, not just those that they produced. This little mammal exemplifies the adage “It takes a village to raise a child” to a whole new level. Their communal commitment to care means that mothers provide milk to young that are not their own. That giving away of milk that is so precious, that took so much energy for the mother to produce, is of particular interest to Hayes and his students.

In theory, Hayes says, it would make more sense for the communal nursing to take place among relatives because they share common genes and “selection favors the passing on of one’s genes to the next generation.” But that’s not what is happening with degus. Typically, the groups are not close families.

The ongoing project has generated 30 publications in scientific journals and also a book. Since 2005, 36 U.S. students, several from UTC, have been to Chile with support from the National Science Foundation’s program: International Research Experience for Students (IRES).

The degus, Hayes says, have taught researchers the how and why social species react to extreme changes in their environment. A lack of food supply caused by an unusually dry season, for example, is an instance when the degus’ communal way of life proves beneficial. This understanding is valuable for humans, too, as more extreme weather patterns develop. 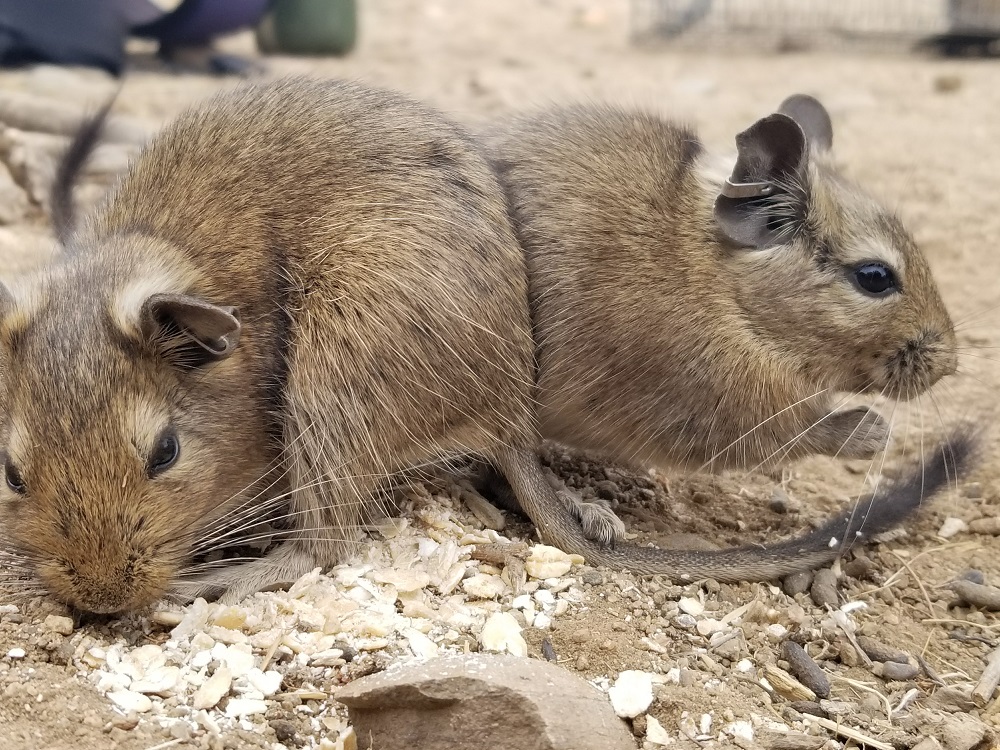 Before graduating in December, Dylan Fountaine ’17 spent a semester of his senior year in Chile’s national park, Bosques de Fray Jorge, studying the degu. The cost for his travel and research was almost completely covered by IRES. He only had to worry about buying food. 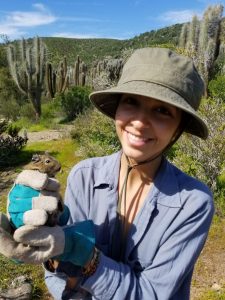 He and two other student researchers were up every morning before the sun so they could make it to their field station in the still hours of dawn. After the cold walk, they fastened bags around their waist, strapped on their headlamps and set out for the degu burrows. As they got closer to a burrow, the metal telemetry antenna they held in their hands would beep, letting them know if one of the degus had spent the night nearby. Traps—which didn’t harm the degus—were set into place before the local animals emerged and began to scavenge for food.

Then the group began their rounds again. This time, the traps with degus waiting inside were carried back to their field station. Once collected, the students spent the bulk of their day with the degus, measuring, weighing, recording their reproductive status and observing their personalities. Some days they caught as many as 200 degus.

For Sara Grillo, a UTC graduate student studying environmental science, the next step to their days in the field was her favorite: returning the degus to their homes.

“We dropped them off at the burrow where we caught them, and I usually took a second to watch them leave the trap and do their thing. Some would run straight to safety. But most would linger outside, either dust-bathing or foraging or simply sniffing my boots before scurrying off,” Grillo says.

Grillo grew attached to the degus, or ’goos as she calls them. The degus grew to expect and anticipate their morning visits. “The ’goos would walk out of their burrows in the morning as soon as they heard us approach,” Grillo says.

“They’re probably what I miss the most.” 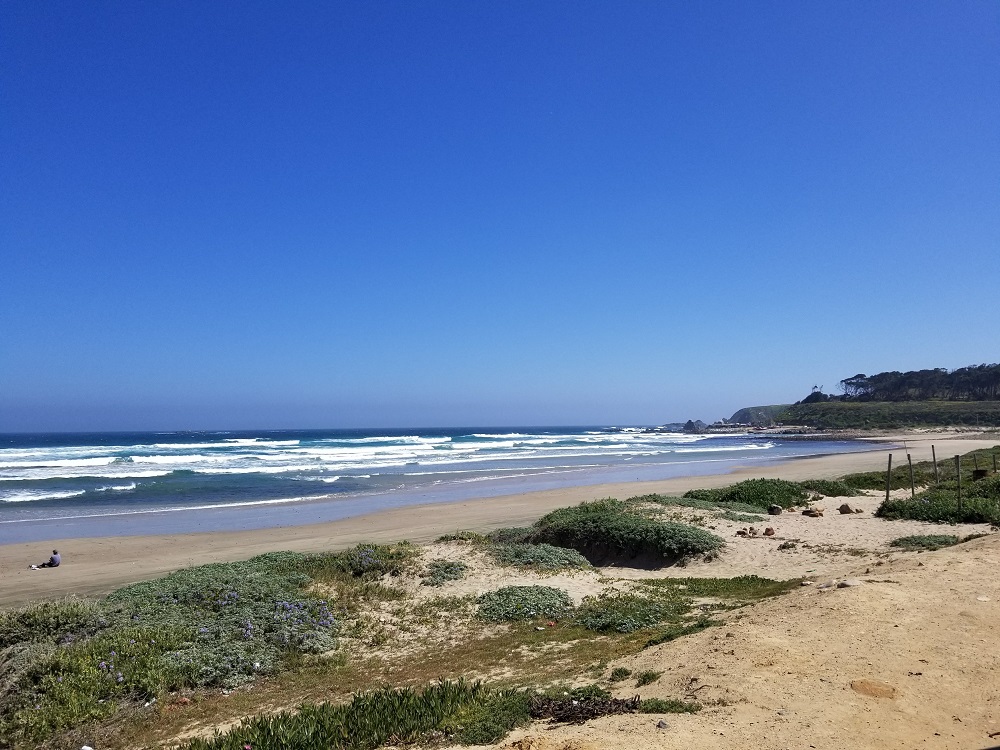 The Chilean landscape, “a vast sea of cactuses and prickly shrubs” as Grillo describes, was unlike the confined spaces of the mountains and valleys in Chattanooga and the Appalachian region.

“As someone who’s never been west of the Mississippi, the open space represented freedom, discovery and environmental awareness,” Grillo says.

Fountaine recalls one stunning moment with a glazed look and smile on his face. They were up in the forest, their backs to the Pacific Ocean, and they could see the snow-capped Andes marking the eastern border of Chile.

“We could see from one side of Chile to the other. That was mind-blowing to me,” he says.

Even with the intense schedule of days in the field and nights crunching data, the students snuck in some time to explore Chile beyond the thorny shrubs and cactuses that dotted the landscape around their field station.

They explored Chile’s capital, Santiago, with walking tours and forks and spoons, eating their way through the large city.

They visited a village where students had stayed in previous years. It was along the border of the park where they had conducted their own research. The visit was short, but the community treated the students as if they had known them their whole lives.

“We had a giant feast and everybody from the village came. It was like a family. I was shocked. In my house in Knoxville, I don’t know my neighbors’ names. But to see these people, who live miles away from each other and they know what’s going on in each other’s lives, it’s a giant family,” Fountaine says. 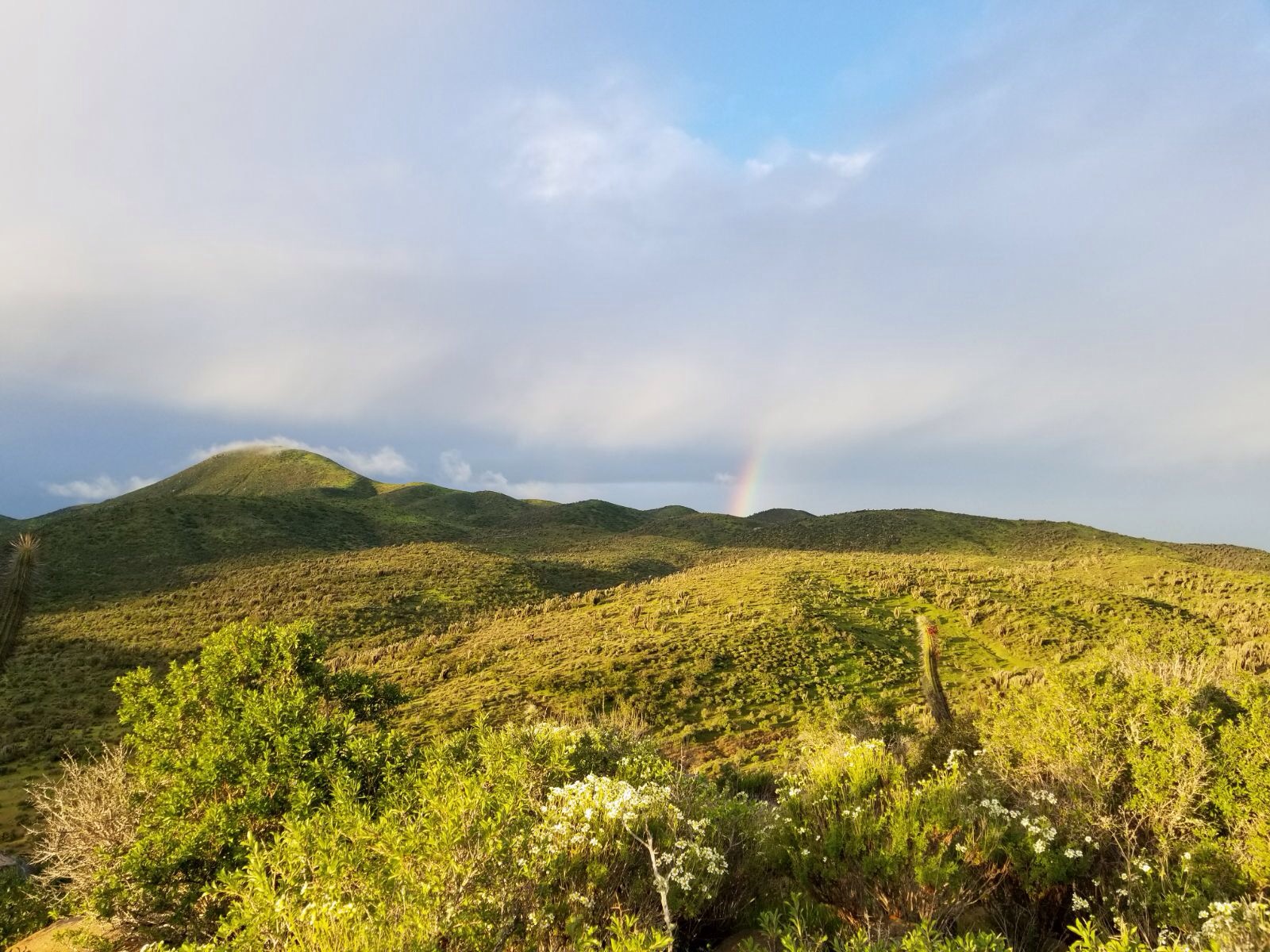