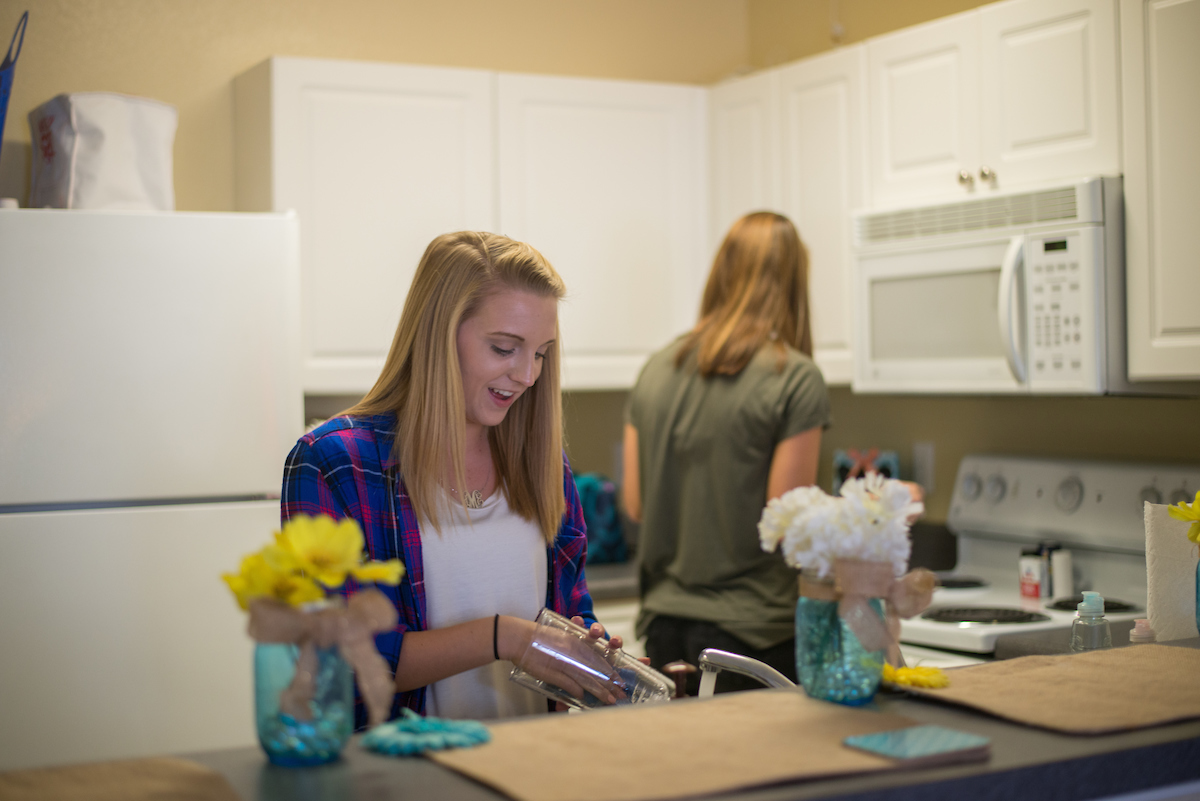 Are you staying around Chattanooga for an internship but not taking any classes?

Maybe you’re a student from another college and visiting Chattanooga for a local internship you scored?

You must reserve a spot at least two weeks in advance. Length of stay is flexible.

In either case, check out UTC’s Summer Intern Housing options. For only $26 a night, From Sunday, May 13, through Sunday, July 29, UTC and non-UTC students with local internships can stay in the UC Foundation apartments. Each provides a private bedroom, full kitchen, internet, cable and washer and dryer.

Anna Burton, assistant director for guest relations and outreach in UTC Housing, is the point person for residents of summer internship housing. The on-campus living is a no-brainer because of the convenience and flexibility it provides for students interning in Chattanooga, Burton says.

“Students don’t have to sign contracts or break contracts after only being here for the summer,” she says. “They have that convenience of, if they want to stay here for a month or three months, they can.”

Last year, students from all over the U.S. stayed in UTC’s South Campus housing as they completed internships with local companies—TVA, Unum, the Tennessee Aquarium, BlueCross BlueShield of Tennessee and United States Stove Co.—all at their doorstep.

Elona Hunt lived on campus during her internship with the Tennessee Aquarium last summer. The environmental science major worked in a conservation program that raised and released lake sturgeon, a species of fish that lives at the bottom of lakes and large rivers. Although the species hasn’t changed much since it swam alongside the dinosaurs, the population’s sharp decline landed it on the list of endangered species.

“They were tiny little babies and we had over 2,000 of them,” Hunt says. “It was amazing just to release them out and watch them go free.”

Living with fellow interns gave her the opportunity to network and make new friends. In the evenings, she got to know her roommates, interns from other departments at the aquarium and learn more about the work they were doing.

“Everyone was from different places, so we got to learn more about each other what each other was studying,” Hunt says.