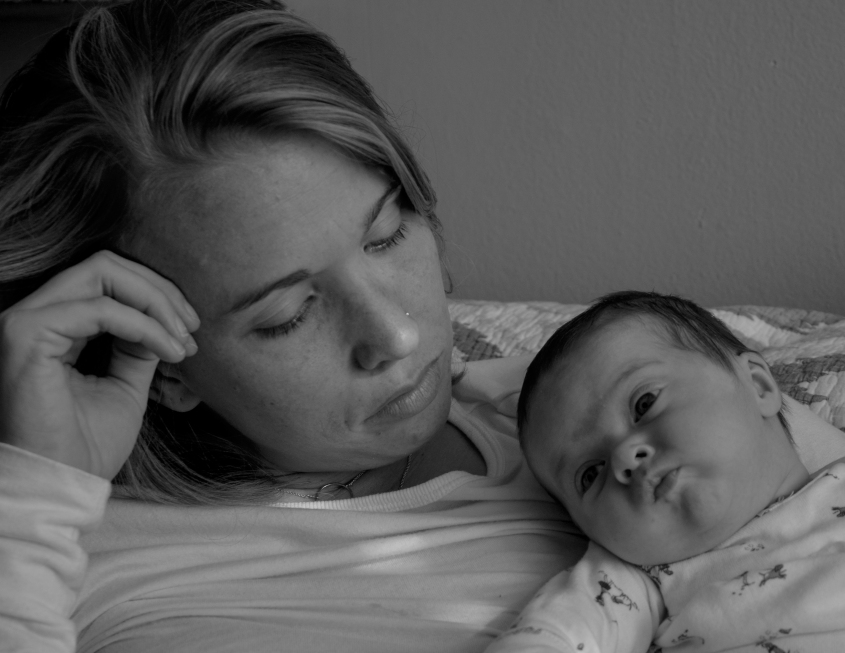 A senior majoring in communication, Garcia was assigned the task of engaging with a social issue through storytelling. She created “New Life as a Single Mother” in response, a story that gives a glimpse into the daily life of Ferguson as she cares for her newborn daughter, Aurora.

Garcia’s story became more than just an assignment when it was shared on Rising Rock, a recently created website that features nonfiction stories about Chattanooga by UTC communication students.

Garcia visited Ferguson’s home several times, spending hours each time with the new mom and her baby, talking to her and taking photos.

“I felt Alek’s story illustrates the sacrifice, financial strain and loneliness that many first-time single mothers experience, especially when they have complete responsibility of a newborn without the help of their partner,” Garcia says.

“Their struggle is often unintentionally overlooked, and I wanted to visually show Alek’s strength and resilience behind that struggle.”

The project taught her that photographing someone during their intimate moments is no easy feat.

“The hardest part for me was overcoming the feeling that my camera was invasive of Alek’s personal space and moments,” she explains.

How the rock rose

Billly Weeks, professor in the Department of Communication, created Rising Rock as a bridge for his students to connect campus with community by telling the stories of Chattanooga.

The name Rising Rock was chosen to pay homage to the city’s name. Chattanooga is a word for Lookout Mountain in the Muskogean language. It roughly translates as “rock rising to a point.”Visit Rising Rock online at risingrock.net. Find Rising Rock on Facebook, Twitter and Instagram.

He knew that telling the city’s story would be one of the best ways his students could engage with the community, so he partnered with Dr. Charlene Simmons, UC Foundation associate professor of communication, and together they came up with Rising Rock.

“Because, in theory, we’re storytellers,” says Weeks, who also is a professional photographer.

The online storytelling project officially launched last fall, featuring the work of students in communication classes and stories from UTC student media, including the University Echo. The storytelling project will gain momentum this fall with an entire class devoted to the creation and distribution of its stories.

The class, Weeks says, goes beyond learning the technical skills of working a camera or equipment, which has been the main focus of his other classes. Instead, its priority is reporting.

“I want them [the students] to be able to walk out to anybody sitting on their front porch, have a conversation and be able to bring back a story, which is a challenge for all of us.

Connecting with the community through storytelling is what Rising Rock is all about, Weeks says, and making student work visible is vital.

That means more stories like Garcia’s “New Life as a Single Mother” and Benjamin Wilt’s “Get These Darn Kids Outside!” have life beyond the classroom.

When Wilt was assigned his final project for Weeks’ photojournalism class, the senior communication student knew exactly what he wanted to do.

“I am very passionate about environmental issues and how we can do day-to-day things to minimize our impact and educate those around us,” Wilt says.

He reached out to his contacts at TenneSEA, a local division of CaribbeanSEA, a student environmental alliance focused on stormwater education and water monitoring. Wilt had already done some work with the group and wanted to tell their story.

“It isn’t easy to photograph an issue that isn’t visible,” he says. “This forced me to go out of my comfort zone and really get creative on how I could represent environmental education the most effective way possible.”

He followed Julie Novak, who works for the alliance, as she met with local students to pick up trash on Signal Mountain trails and brainstormed ideas for managing stream banks behind their elementary school. 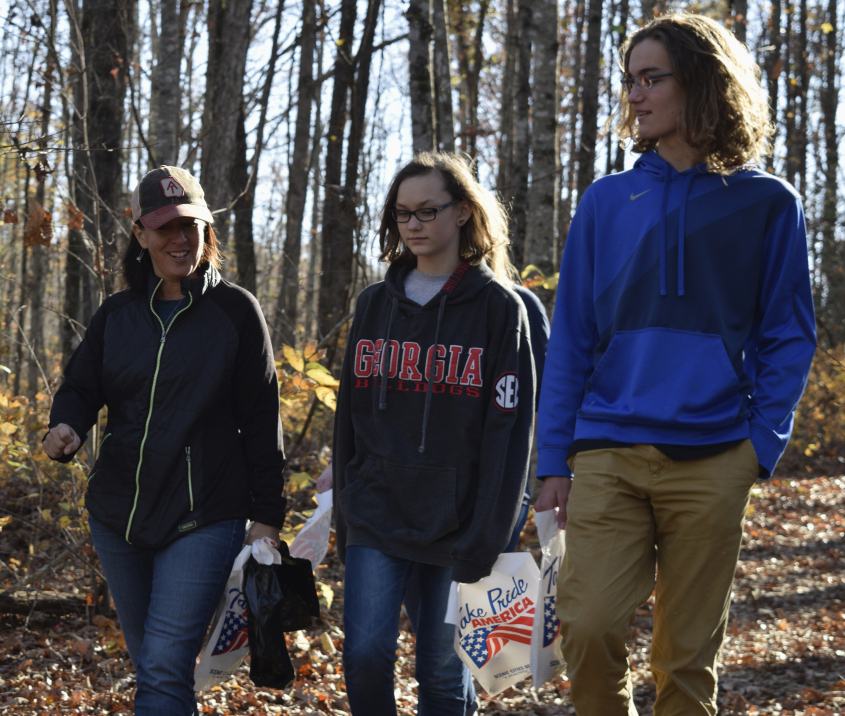 Julie Novak and students Anna and Austin Lisowski, head back to the trail head after a long afternoon of TenneSEA sponsored clean up in Prentice Cooper State Park. This photo First appeared in communication student Benjamin Wilt’s “Get These Darn Kids Outside!”