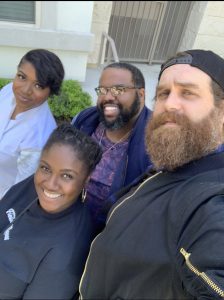 UTC alum Janel Fields says she wasn’t even sure the email was real when she was asked to be on “Instachef,” a web series focused on cooking.

“At first, I thought the offer was spam,” says Fields, a 2014 biochemistry major. “I asked a few questions to verify it was real, but it was then I realized I watched the rapper Big Sean in Los Angeles on the first season, so I had to do a bit of research.”

The online series airs on Thrillist, a website that focuses on food and showcases chefs in different cities who use Instagram to bring their food creations to the public.

Even though the two hosts have different foods styles, Fields says the episode had lots of laughs and good energy.

In her cooking, she takes family recipes and adds her own twists. In 2018, she had a few health challenges which made her focus on healthier food options because she saw how important they are. 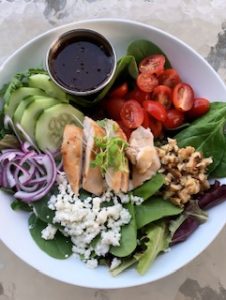 She not only ate healthier, she also started exercising and saw a large change in only eight months.

“I began to change my eating habits and started working towards a plant-based life and lost a substantial amount of weight,” she says.

Fields says her time at UTC taught her how to navigate the world and the importance of building business connections. “Networking is key,” she says.

She encourages others to take the next, sometimes-frightening step in their careers, but admits that being an entrepreneur isn’t easy. Staying focused is a must, she says, and so is not comparing yourself to others.

“Comparison can steal your joy, so it’s best to stay in your lane and run your own race. Everything happens for a reason,” she advises.

She wants to be an inspiration to others, convincing to follow their dreams and make their passions a reality.

You can catch Fields’ episode at: https://www.thrillist.com/videos/eat/nation/epic-meal-times-harley-morenstein-hits-up-dallas-underground-food-scene